Italy on the edge of default? 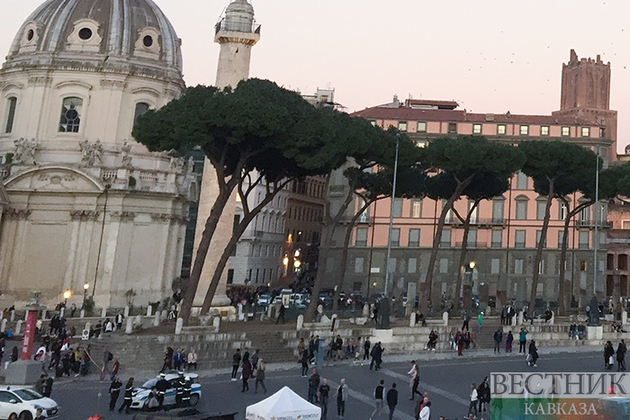 Italy’s debt has long been the Achilles’ heel of the euro area. The disputes between Brussels and Rome over Italy’s fiscal position caused the Italian economy to contract in the final quarter of 2019, as spreads widened. And that was during a relatively benign period for the euro area as a whole. The downturn in Italy could be a lot worse this time with the entire bloc now slipping into recession, Bloomberg writes.

With yields leaping, Italy’s debt-to-gross domestic product ratio is on track to rise to almost 190% of GDP by 2040, from 150% at present. Back in January, that figure was set to decline slightly in that time frame. The cause of the deterioration makes the problem difficult to solve. Rather than reflecting an irrational fear that the euro will break up, our calculations show three-quarters of the jump in yields has been driven by expectations of rising policy rates—investors see the ECB being forced to do more to keep inflation in check.

If a crisis erupts, a solution could involve some form of fiscal consolidation, debt mutualization, or a writedown—and perhaps even a mix of the three. Until then, tighter financial conditions in Italy would exacerbate a slowdown brought on by the energy crisis.

Italy’s borrowing costs have soared. The 10-year yield has surpassed the level that prevailed ahead of the emergency meeting of the ECB’s Governing Council in June and is now in territory last seen before the monetary authority started its huge bond-buying program in 2014. The cost of servicing Italy’s debts will climb sharply as old bonds mature and new ones are issued. Rome currently budgets about 4.3% of GDP a year for coupon payments.

Bloomberg's baseline scenario sees Italy flipping to a primary surplus of 1.3% of GDP by 2031, from a deficit of 1.8% in 2022, and maintaining that figure through 2040. The average from 2002 to 2019 was 1.3%, but we should remember that this period contained a lengthy spell of fiscal austerity that will be challenging to maintain again.

Italy would have to almost triple its primary balance to about 3% of GDP just to stabilize its debt-to-GDP ratio. The last time the country was subject to belt-tightening close to that magnitude, voters swiftly booted technocratic Prime Minister Mario Monti out of office, ushering in a long period of political instability.

The change in Italy’s borrowing costs has been mostly driven by expectations for higher policy rates in the euro area, as inflation has soared. Financial markets have priced in the ECB raising its deposit rate to 3% over the next year before settling down at 2.75%.

That accounts for about 75% of the rise in the 10-year yield. In turn, higher risk-free rates are creating worry about Italy’s solvency and widening the gap between Italy’s 10-year yield and the 10-year swap rate.

The situation is already extremely dangerous for Italy, and a crisis could erupt at any moment.

The risk is that high inflation persists and traders expect the ECB to have to raise rates closer to levels foreseen in the US or UK. That would be disastrous for Italy—adding 100 basis points on borrowing costs would put the debt-to-GDP ratio on course to reach about 215% by 2040.

Don’t rely on the ECB

The rules of the ECB’s new purpose-built crisis management tool are setting up a fight on the Governing Council. For bond-buying to be triggered, Italy’s debt must be judged to be sustainable. Through any lens, with existing fiscal plans and risk-free rates where they are, it’s not. The ECB may yet be the first line of defense for Italy, but ultimately a political solution will be required. Investors can reasonably expect a fudge, with plenty of drama along the way—as usual.

As Mario Draghi prepares to step down, his critics bashing his legacy