Karabakh separatists have no prospects for industrial development 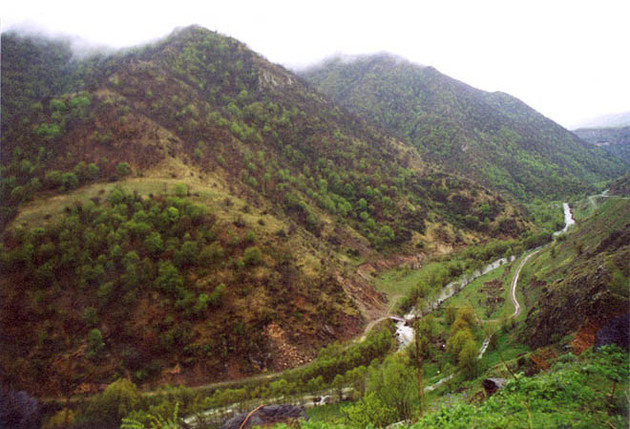 The three-decade conflict over Nagorno-Karabakh caused great damage to the region, but today Azerbaijan is capable of ensuring sustainable development of Karabakh taking into account the fact that economically Karabakh is in a single space with other regions of the country. (See Financial hopelessness of Karabakh separatists).

Center for Analysis of Economic Reforms and Communication of the Republic of Azerbaijan estimated, that rehabilitation, social welfare and local economic opportunities available in Jojug Marjanli, a village freed by Azerbaijan from Armenian occupation in 2016, have a serious advantage over any relevant settlement in the territories occupied by Armenia. It demonstrates how Azerbaijan and Armenia viewed differently the economic development and a decent standard of living. Lack of raw materials and export markets, lack of investment, limited transport and logistics opportunities are the primary factors determining how the development of industries in the mountainous part of Karabakh has no prospect.

The 2019 statistics of the so-called regime in Nagorno-Karabakh report that the sectors with the largest share in GDP were mining, hydropower, agriculture, alcohol production (especially mulberry alcoholic drinks produced by Artsakh Brandy Company).

In 2019, the mining industry accounted for 13.7 per cent of the GDP of the so-called regime. For twenty years, the Armenian government has attracted about two dozen foreign companies that invested in the mining, construction, woodworking industries, telecommunications. Over the past ten years, companies from the UK, France, Iran, USA, Russia, Switzerland, Germany, Holland and others invested $ 470 mln in the occupied territories. Gold deposits in Kelbajar, Agder and Zangilan were subjected to the greatest looting. The reserves of the plundered Vezhnali gold deposit located in the Zangilan region amounted to about 6.5 tons.

Base Metals, a subsidiary of the Australian International Base Metals Limited, created by an Armenian businessman, was operating gold and copper deposits in the village of Gyzylbulag (Drmbon) in the Agderinsky region since 2002. Every month 12,000 tons of ore were mined from the deposit and then processed at the plant. The concentrate was exported to Armenia, and after secondary processing, copper-containing gold was supplied to the European market. Base Metals, one of the leading taxpayers involved in looting in the occupied territories does not operate although it has illegally invested $ 250 million in the Kashen copper-molybdenum field in the Aghdara region.

“GeoMiningPro Gold”, a company that operates the Zod gold deposit in Kalbajar and caused environmental terror in the region, has also stopped its illegal activities as the areas plundered by this company came under the control of its rightful owner.

The companies Maneks Valeks and Armenian Copper Proqramme also mined minerals in the occupied territories. Then they sent stolen copper to European smelters; the GF company and the Cuban company, which invested $ 20 mln in the production of souvenirs using precious stones from Karabakh.

Along with the deposits, forests in the occupied lands were also plundered. In 1988, the forest fund in the region amounted to 228,000 hectares, and in 2020,  only 174,000 hectares are left. Moreover, the supporters of the occupation, leaving the territories liberated by Azerbaijan, set fire to houses and forests. It was the deliberate destruction of a unique ecosystem created by dense forests, consisting mainly of valuable and perennial oaks, junipers, beeches, hornbeams, pines, ash and nuts. There were also fires caused by the use of phosphorus bombs.

Another source of enrichment for the NKR separatist authorities was healing mineral water from the springs of Yukhara and Ashagi Istisu, Bagyrsak in the Kelbajar region, Ilygsu and Minkand in the Lachin region, Turshsu in the Shusha region, Syrlan. The water was bottled and exported to the world market under Armenian brands. Now, as Azerbaijan has restored its sovereignty in these areas, the transportation and export of the mineral waters as an Armenian product has been impossible.

With the liberation of the occupied territories, the largest wine producers Mike-Hadrut and Kataro winery stopped their illegal business as these areas came under the control of Azerbaijan. On the other hand, Stepanakert Brandy Company and the Artsakh Brandy Company, the largest taxpayers of the so-called regime in the mountainous regions of Karabakh, have lost over 50 percent of vineyards as these land are now controlled by Azerbaijan.

All these testify to the fact that none of the industries based in the mountainous part of Karabakh has the development perspectives without integrating into the Azerbaijani economy. The analysis shows that raw materials supply, sales market and investments in this area is possible only if it is a part of the single economic space of Azerbaijan.