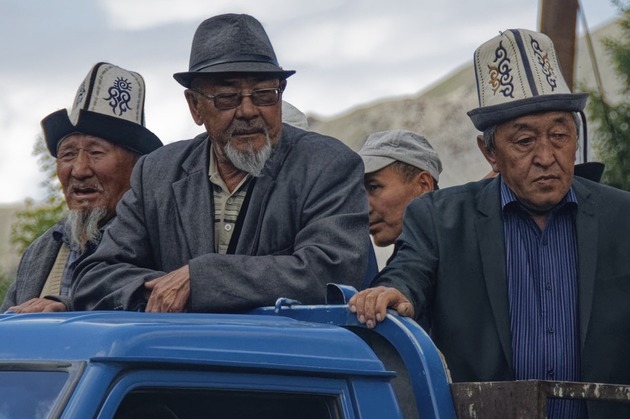 The results of snap parliamentary elections held in Kyrgyzstan on Sunday mean that six political parties will represent the next legislature. A political party needs to secure 5% polled votes to qualify for a seat at the parliament. When parliamentary elections were held in 2015, they were based on proportional representation which allowed a successful party to claim 65 out of the total 120 seats, Anadolu Agency reminds.

After the referendum in April this year which allowed rewriting of the constitution, the number of total MPs was reduced to 90. Moreover, no party can have more than 27 members in the parliament, with 60% seats allocated to MPs nominated by the parties who secure a minimum of 5% votes. Another 40% seats are allotted to individual candidates winning on a first-past-the-post basis, where a candidate who received the most votes is declared the winner. Therefore, the incoming parliament is reduced both in size and ability to assert its position on crucial national issues.

Some observers said that fragmentation has left the legislature fractured and feeble where the legislators in small fractions may not be able to take a united stand on crucial national issues. Igor Shestakov, an expert in Kyrgyz politics anticipates that some independent candidates who got elected directly by their voters are expected to serve the interests of their constituencies rather than toeing the line of the incumbent setup. Hence, it will be this set of legislators who will seek to have their voice heard.

For carrying out reforms to build a strong progressive state, strong candidates need to bring competence, experience, professionalism, skills, and knowledge to the legislative process. In Kyrgyzstan there is still much distance that needs to be covered.

Looking at possible reasons which contributed to a weaker legislature, observers point to the ad-hoc nature of the electoral process, where most parties did not recruit the best candidates who could strengthen transparency, accountability, fair representation, as well as to contribute to effective governance.

There are not many political parties in Kyrgyzstan with a firm popular base. They mostly comprise alliances made by groups (based on ethnic, business interests and by ex-officials) to promote their stakes.

Kyrgyz commentator, Emil Dzhuraev said under the new constitution, the MPs are left with fewer powers. He doubts if the parliament could still enjoy any significant political weight under these changes.

Observers, however, acknowledge that unlike in the past, more politicians from rival parties were allowed to contest in the elections. But the fact is that 1,300 candidates fielded by 21 political parties to contest 90 seats caused crowding, confusion, and affected the strengths of candidates.

The pro-establishment parties have succeeded to secure lion’s share in the new legislature in the following order: 15 seats by Ata-Zhurt Kyrgyzstan (Fatherland - Kyrgyzstan) steered by the security chief, Kamchibek Tashiev, 12 seats by Ishenim (Trust) supported by President Sadyr Zhaparov and nine seats by Intymak (Harmony), led by the Speaker Talant Mamytov besides five seats by Iman Nuru (Ray of Faith).

In the new parliament, Alliance – a left-leaning liberal block -- will claim seven seats, while Butun Kyrgyzstan (United Kyrgystan) led by veteran political leader Adakhan Madumarov will have to remain content with six seats.

Thus, the country’s political landscape has changed, and the reduced representation of political parties in Kyrgyzstan’s next legislature may prompt them to form three fractions to pursue their parliamentary activities. However, the new parliament may not prove as assertive as its predecessor, because under the new constitution, the power is concentrated in the hands of the president, says Kyrgyz political analyst, Mars Sariev.

One may not rule out a risk that some disgruntled elements after the announcement of the election results, may try to protest and rally crowds to demand cancellation of results. Some may attempt to mobilize protestors against higher prices for gasoline, food, coal, and electricity services. But, so far, the perception about the incumbent government has not crossed the critical threshold, says veteran Kyrgyz politician Bakyt Baketayev.

The just-concluded election was the fourth such exercise in a single year. In January, there were presidential elections combined with a referendum on the future form of the government. Then a referendum on constitutional amendments was held in April, followed by local bodies elections in July. All these elections had a turnout of below 40%. Holding of polls in quick succession, caused exhaustion among the voters as reflected by the voter turn of 34.43% in parliamentary elections on Sunday. This is 23% lower than the 2015 parliamentary elections where the turnout was above 57.56%.