Making a choice between lives or economy, Baku choose the first option 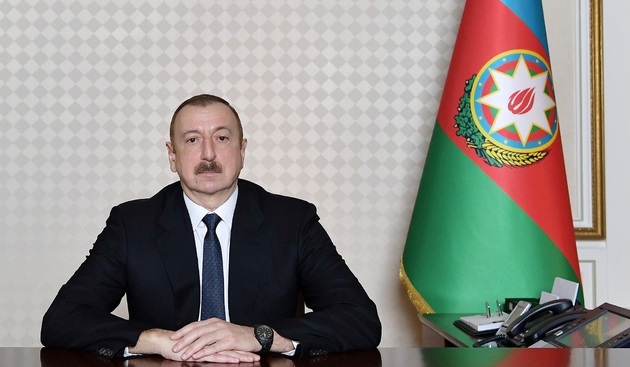 Azerbaijan has begun to mitigate the restrictive measures introduced due to the coronavirus outbreak. According to Baku, a relatively low mortality rate indicates that work is being done in the right direction. Today, the country has 18 laboratories and 22 state hospitals for the treatment of those infected. The periodically toughened restrictive measures resulted in the fact that there has been a positive trend in Azerbaijan for two weeks: there are more survivors than infected.

To date, 1804 coronavirus cases have been registered in Azerbaijan, 1325 people recovered, 24 people died. Currently, 455 coronavirus-positive patients in special regime hospitals continue treatment, which 17 of them in a severe, 24 in a moderate-to-severe condition, while the health of others is stable. "The decision to introduce restrictive measures was not an easy one. We understood perfectly well that it would create inconveniences for people, a major blow would be dealt to our economic development despite the fact that this year's indicators were quite reassuring. But we had two options. The first option is to protect the life and health of our people and the second is to prioritize the saving of the economy. Therefore, we chose the protection of people's lives from the very beginning. This is the goal of all our work, and we fully mobilized our efforts in this direction," President Ilham Aliyev said during the videoconference with President of the European Bank for Reconstruction and Development (EBRD) Suma Chakrabarti.

Observers note that in most countries, negotiations between leaders and heads of financial institutions are kept secret, because they believe that the general public does not need to know any details. However, the Azerbaijani President's administration considered it necessary to disclose the details of the online meeting, during which Ilham Aliyev recognized that the impact of the pandemic on the country's economy would be significant. A serious support package for private sector sectors that have been negatively affected by the coronavirus is currently being implemented in Azerbaijan. The government paid most of the salaries of 600 thousand citizens and microenterprises working in the service sector and other areas. Along with this, funds were paid to 600,000 low-income, unemployed and informally employed citizens in accordance with the minimum criterion. Taking tax benefits into account, this figure exceeds $2 billion. This is a big burden for the budget, as a sharp drop in oil prices will negatively affect foreign exchange reserves.

Suma Chakrabarti admitted that the decisions and measures taken by Baku really impressed him: "The past few months can be considered a great story for Azerbaijan. Your country is one of the few countries in the world, and maybe the only country that has achieved economic growth in the first quarter of the year." Given the importance of economic diversification, the President of the European Bank for Reconstruction and Development noted the good performance of the non-oil sector during the crisis.

"This year, I think, we will again provide major investments to Azerbaijan, which would be correct in terms of responding to the crisis and reviving the economy. Under favorable conditions, we plan to invest more than $250 million this year in Azerbaijan," Suma Chakrabarti said. "Regarding the electricity network, we propose investing about 100-200 million euros in its improvement, which is very important in terms of response in times of crisis and recovery. At the same time, there will be opportunities for private investment in renewable energy sources. There is also the idea of a green city. Azerbaijan was one of the first countries to join the green city initiative. In March, Ganja joined this framework initiative in terms of the waste management project. We propose for it to become the first "green city" project.

An adequate response to the pandemic and a strategic vision of economic problems have certainly strengthened the Azerbaijani President's position. Obviously, the investment of $250 million by the EBRD will serve as an incentive for the development of the non-oil sector.

Among the popular steps, experts also name the arrests of officials convicted of misappropriation of state aid allocated to the population due to the quarantine regime. The ongoing detentions of local executive heads and the dismissal of cabinet employees for violating ethical standards are called by analysts a sign that the pandemic has not stopped the reform process. Serious measures were taken in Azerbaijan to combat the shadow economy, which, in particular, ensured transparency and the introduction of information technologies in the activities of government bodies.

All this became the key to a successful fight against coronavirus. Now the Azerbaijani economy is one of the three least affected by the pandemic among the economies of energy-exporting countries in the Middle East and Central Asia. Experts say that it was due to the fact that the Azerbaijani government managed to ensure the stability of the national currency, while the currencies of all oil-exporting countries and those having a fully floating currency regime were devalued.