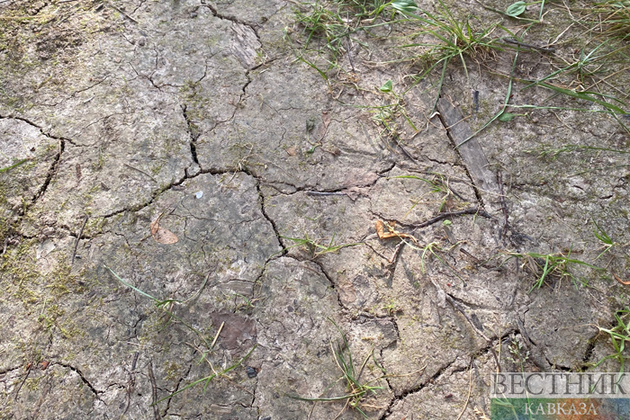 The Middle East is one of the most vulnerable regions when it comes to climate change. US military satellite imagery from the 1960s and 1970s from the declassified Corona reconnaissance programme starkly illustrates this challenge, showing a landscape that has changed a great deal over the decades.

The National reports that a 2019 study by the World Resources Institute showed that 12 of the 17 most “water stressed” countries in the world are in the region. In particular, the images highlight demographic pressure — defined by the Fragile States Index, a conflict monitor, as “pressures upon the state deriving from the population itself or the environment around it”. Some of these countries — including Yemen, Syria and Iraq — are experiencing water scarcity, climate change, conflict and mismanagement, which combined create a multi-sided crisis, worsening the impact of drought and desertification. Rapidly growing populations have compounded the problem — even countries that have not been directly affected by war such as Jordan and Saudi Arabia face a challenge to maintain water security.

Images from the US Centre for Advanced Spatial Technologies show the many changes in the region since the 1970s, when the Middle East’s population was estimated to be about 120 million. The World Bank estimates the region's population rose to more than 420 million in 2020 and could cross 700 million by 2050 if current demographic trends continue.

Comparing the Corona programme imagery with recent satellite images shows the changes in land use during this demographic boom. In a 1969 image of Buraydah, Saudi Arabia, the Prince Naif bin Abdulaziz International Airport, built in 1964, is barely visible in the centre of the photo. Along with roads, it is the only recognisable feature of a landscape now transformed by new villages, a university and the distinctive circular fields of centre-pivot irrigation. Images of such development emerging in arid environments point to coming challenges to national water strategies and show what is at stake for these communities facing a future of reduced water supplies. In the case of Iraq and Jordan, national strategies call for repairing leaking and ageing water infrastructure, investing in more efficient irrigation methods, rationing groundwater and enacting a tariff programme to encourage water saving.

Jawad Al Bakri, an agriculture professor at the University of Jordan, says a large reduction in water quotas for farmers will affect yields significantly this year, on top of generally bad harvests in 2021. He suggests that the government should grant groundwater licences in the northern Jordan Valley, one of the country’s main farming regions. Jordan receives more than half of its water from underground aquifers, but some experts fear they are dangerously depleted.

Mr Al Bakri believes there is little choice. “Some wells must be drilled to compensate for the water deficit,” he told The National. To alleviate the competition for water between the agriculture, domestic and industrial sectors, focus has moved to recycling wastewater and repairing or replacing old and leaking infrastructure. From the Jordanian government side, a plan to jump-start the economy unveiled this month said agricultural production consumes half of the water resources in the kingdom while contributing 5 per cent to GDP and 6 per cent to exports.

The plan did not go into specifics, unlike a recent master plan to overhaul farming in Jordan devised by the German Corporation for International Co-operation, which reduces the size of irrigated areas while increasing yields. For cities such as Zarqa in one of Jordan's poorest governorates, the struggle will be to reduce groundwater use, a report published last year by the US Proceedings of the National Academy of Sciences showed.

The EU last year announced that the Zarqa-Amman area would receive €60 million ($63m) in grants and loans to build a state-of-the-art wastewater treatment plant. That would be in addition to a nearly $300m project funded by the US aid agency Millennium Challenge Corporation to improve water treatment and efficiency in Zarqa, completed over five years in 2016. Time is a luxury however — the study said Jordan “must enact an ambitious portfolio of interventions that span supply- and demand-side measures” as soon as possible.