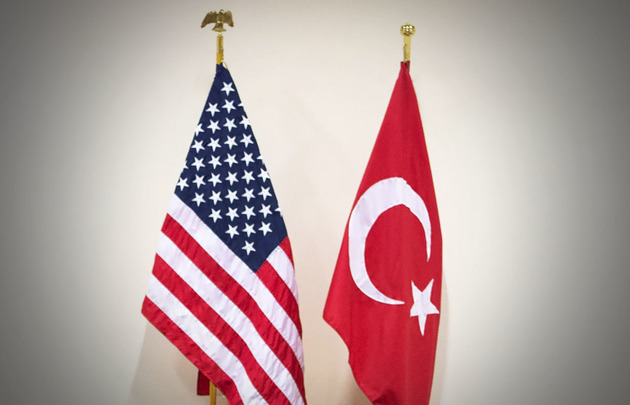 An independent Nato expert Tacan Ildem warned on Tuesday that further US sanctions against Turkey over its purchase of a Russian-made missile defence system would only benefit Washington's adversaries Moscow and China.

Middle East Eye reports that speaking at an event hosted by the German Marshall Fund, Tacan Ildem, a member of the Nato Experts Group and adviser to Nato Secretary General Jens Stoltenberg, stressed the importance for countries in the alliance to share military technology "so that individual allies denied from such technologies would not go out of Nato sources".

"A genuine dialogue is needed to resolve this S-400 issue because I cannot comprehend a situation in which one ally imposes sanctions to another, especially at a time when we talk about systemic strategic competition," said Ildem, a former Turkish diplomat. "And I assure that it would be Russia and China who would be pleased with the implementation of sanctions by one ally to another."

Last December, Washington imposed sanctions on Turkish officials under the Countering America's Adversaries Through Sanctions Act, a law that bars significant military transactions with Russia due to its initial deal to receive the first S-400 system.

Turkish officials held a series of meetings with the Biden administration earlier this year to resolve the issue but neither side could reach a solution to remove the sanctions. Turkey has yet to fully activate the already purchased S-400 system, in order to prevent any further escalation with Washington. A Turkish official previously told Middle East Eye that they believed Russia had been trying to manage a perception campaign by releasing misleading statements and attempting to "poison [our] relations with the United States".

Ildem, who has previously served as Turkey's ambassador to Nato and also as the former assistant secretary general of the alliance, said that there is room to improve ties between Ankara and Washington but it does not appear to be a priority for the US. "We see that there is a lack of enthusiasm to engage with Turkey," he said.

In addition to resolving the row over the S-400s, Ildem said that "Turkey should be back in the F-35 programme and it should not be denied from procuring after the F-35s". Turkey was removed from the fifth-generation F-35 fighter jet programme by the Pentagon in 2019 due to concerns over possible Russian espionage through the S-400s.

Despite being ejected from the programme, Turkey has paid $1.4bn for the development and production of F-35s over the years. Recently, Turkey has shifted away from seeking a return to the F-35 programme, and instead has said it is in talks to reuse the money it has already paid towards purchasing a set of F-16 fighter jets and modernising its existing fleet.

While the Biden administration has yet to comment on the Turkish request to purchase the planes, it would face stiff opposition in Congress. Several members of Congress have already sent a letter to US Secretary of State Antony Blinken, urging the administration to reject the potential sale.