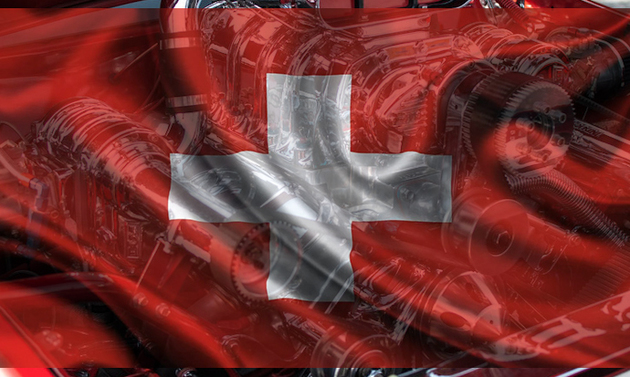 Swiss exports to Russia of turbojets, air pumps and other machinery surged in the past two months as manufacturers raced to fill any orders signed before sanctions over Moscow’s special operation in Ukraine render some of the sales illegal.

According to Bloomberg, after ranging from 1 million Swiss francs ($1.04 million) to 2.5 million francs a month from January to April, exports of turbojets, turbopropellers and other gas turbines jumped to 11.2 million francs in May and 5.9 million francs in June, Swiss customs data shows. Shipments of air and vacuum pumps showed similarly large gains compared with pre-crisis levels.

Total Swiss exports to Russia valued at 492 million francs were about 83% higher in June than in January, driven mostly by sales of pharmaceutical goods, medicines, diagnostics and blood.

Switzerland’s latest trade readings show how the crisis combined with sanctions on key Russian supplies are distorting global trade -- by rerouting the flow of many key goods, altering demand patterns and causing cargo pileups at European ports. At the same time, authorities are stepping up efforts to monitor compliance with a complex maze of new rules.

Overall, Russian imports have plunged since the US and its allies imposed sweeping sanctions over Ukraine, dropping 22% in the second quarter to $72.3 billion, according to the Bank of Russia. The authorities have stopped publishing detailed data amid the sanctions, but officials say shipments of investment and intermediate goods have been particularly hard hit. Complex machinery like the jet engines and other products coming from Switzerland are items Russia can’t easily replace from domestic sources.

By comparison, the European Union exported 110 million euros ($112 million) worth of turbojets and 194 million euros of air pumps to Russia from January through May of this year, according to EU figures. Exports of the goods from the bloc of 27 nations to Russia also ticked up in April and May after collapsing in March, though they’re in line with year-earlier levels, Eurostat data shows.

Total EU exports to Russia, however, have fallen since trade restrictions were introduced. The restrictions on several -- but not all -- types of those goods are covered in different sanctions packages introduced in the EU, Switzerland and the UK. The exports have been banned as part of actions targeting key industries, while shipments of others are prohibited for their potential military use and some are considered luxury items sanctioned earlier this year.

Some of the measures include wind-down periods before the prohibitions come into force, as well as a number of exemptions. In Switzerland’s case, most of these periods expire between mid-June and the end of July.

While the so-called transitional provisions were intended to provide an orderly off ramp of any existing business to ease the pain on Swiss exporters, the rules may have prompted a spike in the export of machinery whose final destination or use becomes harder to track once in a Russian economy largely closed off from the West.

The Swiss Federal Office for Customs doesn’t disclose which companies are included in its export data. SECO, the Swiss agency which enforces Switzerland’s sanctions, says not all machinery that falls into these categories are sanctioned and the transit of Swiss goods via the EU is subject to the EU’s sanctions. The EU and the UK introduced a ban on exports of most turbojets in March and April, and sales to Russia of various higher-end pumps used in key industries or by the military are also prohibited. Some of those restrictions are already in force.

The use of transitional provisions explains the surge of Swiss goods directly to Russia, a SECO spokesman said by email. Once those end in August, any violations are subject to legal prosecution, he added.

SECO has been criticized for not doing enough to seize sanctioned Russian assets in Switzerland but counters that simply being Russian is not grounds for a person or company to have their bank accounts, villa or buildings frozen. The agency said in July it has blocked about $7 billion of sanctioned Russian assets to date. EU member states have also frozen about $14 billion of assets linked to sanctioned individuals, though the actual figure is likely to be higher as most nations have not been reporting their data.

The EU, the UK and other allies in the Group of Seven have set up various working groups to step up efforts to better monitor the implementation of sanctions. A European diplomat said Switzerland had mostly mirrored the EU’s sanctions but appeared to be less effective at enforcing the measures.