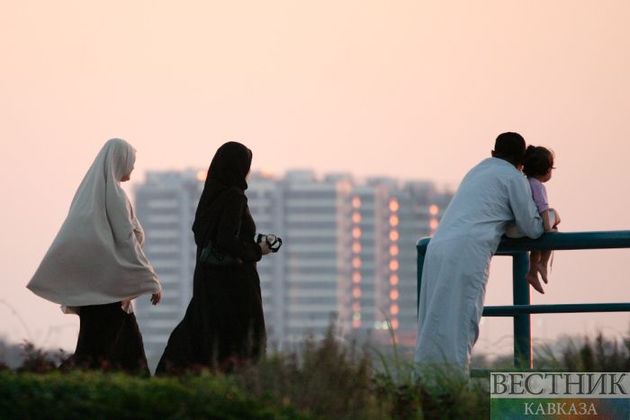 President Donald Trump's administration lauded the "historic diplomatic breakthrough" of normalized ties between Israel and the United Arab Emirates on Thursday, celebrating what the three nations said "will advance peace in the Middle East." As Newsweek reports, though not entirely unexpected, the UAE has become only the third Arab government to restore ties with Israel since the 1948 war that displaced hundreds of thousands of Palestinians from land in what is now Israel.

But for the Palestinians—already marginalized from the Middle East peace negotiations and increasingly disregarded by the regional power players—the announcement was a "blow to the Arab Peace Initiative and the decisions of the Arab and Islamic summits, as well as an aggression against the Palestinian people," according to Nabil Abu Rudeinah, the spokesperson for Palestinian President Mahmoud Abbas.

"The Palestinian leadership rejects what the United Arab Emirates has done and considers it a betrayal of Jerusalem, the Al-Aqsa Mosque and the Palestinian cause," Rudeinah said in a statement to Palestine TV.

For all the angry words, there is little the Palestinians can do. The Palestinian territories of the Gaza Strip and the West Bank, at least those areas not settled by Israeli communities or under Israeli military control, remain divided between the Hamas and Fatah governments, with little international influence and little domestic direction.

The regional trajectory is clear—the Palestinian issue is being sidelined by Arab states with concerns about Iran taking precedence. A new generation of authoritarian leaders in the Gulf no longer wish to be hamstrung by the Palestinian issue, and are keen to move ahead with their own economic and diplomatic projects.

Countries like Bahrain—which hosted the summit unveiling elements of Trump's Middle East peace plan and is home to the U.S. Naval Forces Central Command—and Oman—long an interlocutor between Israel and other Gulf states, though now with a new sultan—will be watching closely and may follow suit, experts have said.

Oman's foreign ministry issued a statement Friday expressing cautious support for the decision. A spokesperson "expressed his hope that this decision would contribute to achieving comprehensive, just and lasting peace in the Middle East," the Oman News Agency reported.

And in Bahrain, the kingdom's foreign ministry described the deal as a "historic step" that will contribute to "enhancing stability and peace in the region," specifically praising the Israeli agreement to halt its planned annexation of parts of the Palestinian West Bank.

"I think we'll see other countries probably follow suit," said Hugh Lovatt of the European Council on Foreign Relations. "I think a lot of it will depend on what happens over the next few days."

There will undoubtedly be anger in Arab capitals, but the its extent and nature will dictate what other Gulf states do next. "If there's perceived to be quite a manageable reaction or even a very limited or non existent reaction, then clearly that will encourage some other countries to follow suit," Lovatt said.

Closer Arab-Israeli ties have been developing for years despite the lack of formal recognition, which has partially been prevented by the unknown of how the Arab public would react to full diplomatic relations. "Now we'll know," Lovatt said.

Saudi Arabia has also been on the same trajectory as the UAE, Oman and Bahrain when it comes to warmer ties with Israel, noted Tareq Baconi—a senior analyst for Israel-Palestine and economics of conflict at the Crisis Group.

But the Saudi royals—with the king's unique position as the Custodian of the Two Holy Mosques—will have to move slower than their Emirati neighbors. "Saudi Arabia is probably waiting to see the fallout out of this declaration and deciding on how to proceed," Baconi told Newsweek.

Regardless of who comes next, the UAE step is a significant milestone for Arab-Israeli relations. "I do think that this has broken some kind of threshold that Arab regimes would not normalize explicitly or above the table," Baconi said.

The picture is less rosy for the Palestinians. "It essentially leaves the Palestinians where they were the day before yesterday, in the sense that they are politically marginalized in the region," Baconi said.

The Trump administration is unapologetically pro-Israel and has maligned the Palestinians at every turn. Arab nations are increasingly looking beyond the Israel-Palestine issue and to the future, while keeping a nervous eye on Iran and looking for regional security cooperation. And the European Union, for all its rhetoric on Israeli conduct, is yet to show how far it is actually willing to go to back the two-state solution.

The UAE agreement came with a supposed Israeli abandonment of its plan to annex a large portion of the West Bank, though Netanyahu has already said there will be "no change" to his project to extend Israeli sovereignty into Palestinian territory.

This gives the UAE political cover, Lovatt said, while military occupation and de facto annexation continues on the ground. How quick other Gulf states are to copy the UAE will partially depend on public perceptions of whether explicit annexation is actually off the table.

"It's not necessarily that helpful for the Emiratis or other countries to follow suit if Netanyahu loudly says, 'Actually, no, we're not suspending annexation," Lovatt explained.