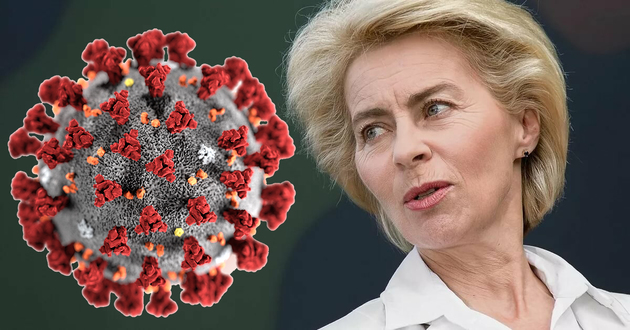 Political leaders “underestimated” the magnitude of the danger posed by the coronavirus, the president of the European Commission admitted Wednesday, as the European Union shut its borders. Times of Israel reports in its article Political leaders failed to grasp magnitude of virus crisis, EU leader says that the coronavirus outbreak, which first emerged in China late last year, has quickly marched across the globe, infecting nearly 200,000 people and killing close to 8,000 as governments scramble to contain it.

“I think that all of us who are not experts initially underestimated the coronavirus,” Ursula von der Leyen told Germany’s Bild newspaper. “But now it is clear that this is a virus that will keep us busy for a long time yet. We understand that measures that seemed drastic two or three weeks ago, need to be taken now,” she added.

But von der Leyen rejected the language of French President Emmanuel Macron, who likened the outbreak to war this week, and ordered almost the entire population to stay at home for at least two weeks. “I will not personally use that term but I understand the motivation of the French president, as the coronavirus is a worrying enemy.”

Meanwhile, the 27 leaders of the EU met by videoconference on Tuesday to agree a ban on non-essential travel to the bloc. Von der Leyen had proposed the bloc’s Schengen passport-free zone impose the measure, a drastic and unprecedented move, and that fellow EU states outside the zone follow suit.

The ban will be in effect for an initial period of 30 days and will not affect Europeans returning home, social workers, cross-border workers, or citizens of former EU member Britain.

German Chancellor Angela Merkel said states “agreed to impose an entry ban” into the bloc, with only nationals of closely-aligned EFTA countries, such as Norway or Iceland, as well as Britain, exempt from the restriction. “Germany will implement it immediately,” added the leader of Europe’s biggest economy, which had initially closed its national borders.

“This is an exceptional measure that shouldn’t last longer than necessary,” Sweden’s Minister for Home Affairs Mikael Damberg told a Stockholm press conference.

The ban comes as EU countries have unilaterally adopted various policies to slow the rapid surge of coronavirus on the continent.

After the talks, French President Emmanuel Macron’s office said he had “firmly condemned uncoordinated measures to control internal EU borders, which are not helpful in terms of health and hurt the economy.”