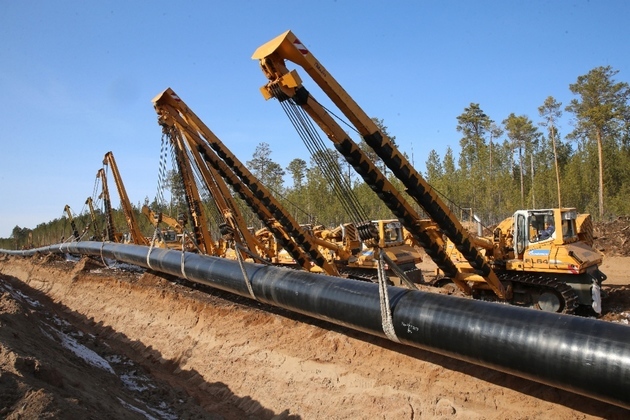 Construction on Russian pipeline will commence in 2024 and will ship 50 billion cubic meters of gas annually through Mongolia. Asia Times reports that the construction of a second gas pipeline linking Russia and China is expected to commence within two years, a megaproject that will put Mongolia in the middle as the pipe is designed to pass through its high-elevation territory.

Mongolia’s Prime Minister Oyun-Erdene Luvsannamsrai said the feasibility study of the “Power of Siberia 2” gas pipeline, which will connect Siberian gas fields to China via Mongolia, has been completed and that construction would begin in 2024, according to a Financial Times report. The pipeline, which will deliver Europe-bound gas from western Siberian fields to China for the first time, is expected to go online in 2030, the Moscow Times reported.

By comparison, Russia currently exports around 35 billion cubic meters of gas per year to Germany. Energy industry executives cited in a Moscow Times report said they expect the timeline for building the pipeline to accelerate as Moscow’s relations with the West decline. At the same time, Chinese news sites have previously suggested it was a “strange idea” for Russia to insist that the new gas pipeline passes through Mongolia.

Some Chinese commentators surmised the move was aimed at preventing Mongolia from leaning toward the United States, while others said it was taking precautions against China’s rising influence over the Far East region where the two now-allied powers have traditionally competed for power.

Luvsannamsrai told the Financial Times that the final route of Power of Siberia-2 was still being “deliberated.” Power of Siberia 2 routes has been under discussion for years, with two alternative routes, including one entering China from the Russian Far East and another western route connected with northwest China’s Xinjiang region, previously considered.

Two months after Russia invaded and occupied Crimea in 2014, Russia’s Gazprom and the China National Petroleum Corporation (CNPC) signed a 30-year national gas supply contract worth a whopping US$400 billion. European countries imposed sanctions on Russia over the invasion but have so far continued to take its energy exports.

Facing an energy crisis and economic slowdown, the EU has turned increasingly to US LNG. For the first time, Europe recently received more US-shipped LNG than Russian gas. The EU intends to wean itself off of Russian fossil fuels by 2027, media reports have said.

The first gas pipeline between Russia and China, known as the Power of Siberia, commenced operations in December 2019. The 3,000-kilometer-long pipeline connects the Kovykta gas field in Russia’s Siberia to Beijing through Heihe, or Black River, in northeastern China’s Heilongjiang province.

Russian gas exports to China via the Power of Siberia have continued to increase in volume, rising 63.4% in the first six months of this year, Sputnik reported on July 15 citing Gazprom.

In 2019, Russia and Mongolia also signed a memorandum of understanding to study the feasibility of building a new Sino-Russia gas pipeline, known as Power of Siberia 2, across Mongolia. The MOU said the 2,600-kilometer-long new gas pipeline would commence operation in 2030.

In 2020, Russia supplied 4.1 billion cubic meters of natural gas to China through the Power of Siberia pipeline. However, that amount is expected to grow to 38 billion cubic meters by 2023, significantly at a time when many European countries are diversifying from Russian fuel supplies in a punitive response to the situation in Ukraine.

That’s pushing Russia to look East rather than West for customers of its fuel, including China and India – neither of which have signed on to US and European sanctions against Russia.

On June 15, Chinese President Xi Jinping and Russian President Vladimir Putin said in a phone conversation that both countries would push for steady and long-term development of practical bilateral cooperation. In translation, that means more Russian oil and gas sales to China.

However, several Chinese media commentaries have emphasized that it was Russia’s idea for the Power of Siberia 2 to pass through Mongolia.