Problem of Russian Far-East isolated regions to be solved 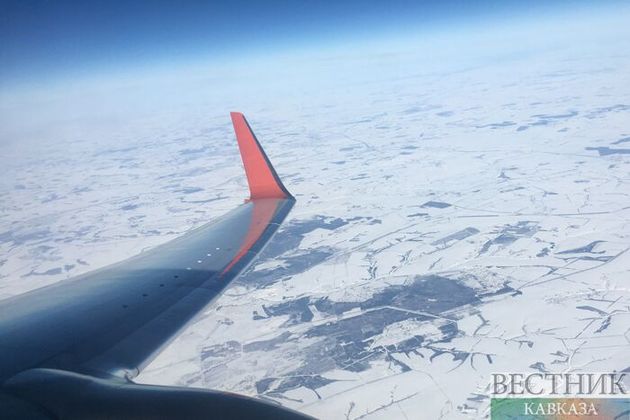 Russia’s Vladimir Putin is reported to be interested in starting a new far-east Russian airline. It is part of a long-running strategy by the Russian Government to populate and develop the nation’s isolated far east regions.

Simple Flying reports in its article Putin Requests Proposals For A New Russian Far-East Airline that according to a report by Flight Global, Mr. Putin has asked for a study analyzing the feasibility of establishing a new passenger airline in Russia’s far east region, with an emphasis on providing access to remote areas. The study would cover potential route networks, traffic targets, and fleet type.

The Russian President has reportedly asked for this to be completed by the end of January 2020. Charge of the feasibility study was given to Russian Prime Minister Dmitry Medvedev just days before his resignation. Responsibility will now pass to his successor.

Far-east Russia is generally accepted to be that area between Lake Baikal and the Bering Straits. It covers an area of over 6.2 million square kilometers (over one-third of Russia’s total area). The region’s western ‘border’ at Lake Baikal is over 4,300 kilometers from Moscow. The region has traditionally relied on its air links due to both distance and its less developed transport infrastructure.

However, Mr Putin has long been keen to develop Russia’s far east region. Constrained by distance and a slowing economy, this has been easier said than done. But there has been some progress on the aviation front in the region.

In 2012, the Russian Government set up Aurora Airlines (a joint venture between Aeroflot and the Sakhalin regional government). The far-east region had previously been served by several airlines but the idea behind Aurora Airlines was that one airline would be more economically viable than several struggling competitors.

But Aurora Airlines has never really prospered and several airlines still operate in the region, including Irkutsk based Angara Airlines, Yakutsk based Yakutia and IrAero (also Irkutsk based).

Region’s airports are being renovated and modernized

In September 2019, the Russian Government announced it would be renovating and modernizing 40 airports in the far east region (with a 2024 completion date). In addition to modernizing and better connecting local communities, the improved infrastructure is supposed to attract tourism and foreign investment into the region.

In tandem with this, the Russian Government has introduced an e-visa scheme for citizens for 18 countries entering Russia through its far east airports. In the far east region, Vladivostok and Khabarovsk are the busiest international airports. Even so, their current international passenger numbers are modest – just 2.1 million and 2.0 million respectively in 2017.

For the Russian Government, a new far-east airline offers it several opportunities. It provides transportation links and can help open up an isolated region (unsurprisingly, the Chinese are extremely interested in the region just to their north for both strategic and economic reasons).

But the potential airline also offers the wider Russian economy a boost if, as Flight Global suggests, Mr Putin wants to use locally manufactured aircraft in the new airline’s fleet. Aeroflot is not entirely on board with this idea. Reportedly, they’d prefer to phoenix Aurora Airlines (and use its existing fleet and infrastructure).

That might be the economically rational play here, but whether economics trumps Mr Putin’s political needs remains to be seen.

Azimut to connect Rostov and the Far East