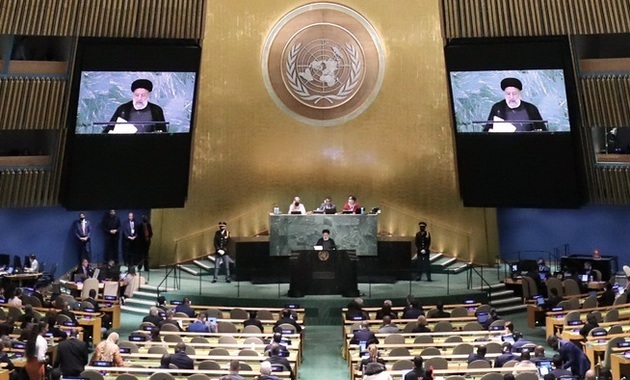 The Islamic Republic of Iran has a spectrum of special elite forces. Tehran’s most recognizable special forces unit is the elite Quds Force, which specializes in extraterritorial operations. Four additional special forces units function under the Guard Corps, including its Ground Force’s Saberin Battalions and its Navy’s Marine Brigades. Its regular army, the Artesh, directs its own contingent of elite units. While each specialized unit under the Iranian banner plays an instrumental role in the country’s offensive and/or defensive efforts, no group is considered more powerful or significant than the Quds Force. Responsible for exporting the clerical regime’s agenda across state lines, this elite unit perhaps wields Iran’s most formidable capabilities.

The History of the Quds Force

The 2020 U.S.-led killing of Gen. Qassem Soleimani brought recent notoriety to the Quds Force unit that the revered IRGC commander headed. Ayatollah Ruhollah Khomeini established counterweights to the political institutions that existed prior to the fall of Shah Mohammed Reza Pahlavi. Among them was the IRGC. Members of the Guard Corps answered to the Ayatollah, unlike the Artesh, which reported to the country’s elected president. At the time of its inception, the IRGC was first and foremost tasked with preventing another coup d’état.

Following the Iran-Iraq War in the 1980’s, four organizations engaged in extraterritorial operations merged into the IRGC-QF. The IRGC carried out its first “abroad” operation during the eight-year war, when its commander, Mohsen Rezee, disguised official ties to Iran-backed groups abroad. Around this time, the elite unit expanded its operations into Afghanistan, including assistance for a Shiite political party that opposed the government of Mohammed Najibullah.

How the IRGC-QF expanded

Although the regime did not officially acknowledge the Qud Force’s existence until the Syrian war erupted in 2011, the elite unit has been active for more than three decades. The Quds Force initially operated primarily in Lebanon, where it has maintained good relations with Hezbollah. Since then, the elite unit has expanded its operations across the region. Quds Force militants carried out the 1983 bombings of the U.S. embassy as well as U.S. Marine and French paratrooper barracks in Beirut. That operation highlighted the group’s reach within Lebanon. The elite unit is also widely suspected of bombing a Jewish center in Argentina a decade later.

Under various guises over the last decade, the Quds Force has expanded its reach significantly into Iraq and Syria. Initially formed to aid in the fight against the Islamic State (banned in Russia) in 2014, the Popular Mobilization Forces (PMF) played a role in the international effort to thwart ISIS. Overtime, the group morphed into a Tehran proxy that continues to defy Iraqi law and function on behalf of the clerical regime.

The IRGC-QF supports its regional affiliates

The IRGC-QF’s foothold in militias ranging from Hezbollah to the PMF is enabled by the steady supply of monetary, military, and training aid it receives from the regime. As summed up by Iran Watch, the Quds Force “provides financial and military support to militant and terrorist groups, including to Hezbollah and groups in Africa,” and its “officers use diplomatic, non-governmental, and humanitarian organizations as cover for operational activities.” Additionally, the IRGC-QF “has provided support and equipment to the Syrian government to repress civilian movements, has cooperated with Yas Air (Pars Aviation Services Company), Mahan Air, and Iran Air, to reportedly supply the Syrian government with weapons and crowd control equipment.”

Clearly, the IRGC-QF has a huge reach in the region. However, it is difficult for military analysts to predict the exact extent of the elite unit’s power as the Quds Force relies on unconventional, asymmetric tactics to carry out operations. Since the IRGC-QF lacks the training, equipment and financial  strengths its top adversaries Israel and the U.S. possess, the group opts to fight on alternative terms.

Although numerous special forces within both the IRGC and Artesh are tasked with Iran’s most significant defensive and offensive operations, the Quds Force is undoubtedly the country’s most critical component. Following the killing of Qassem Soleimani in 2020, the Quds Force has shifted its focus to counter and target American and Israeli assets in the region.