Reforms of the Armenian army stall 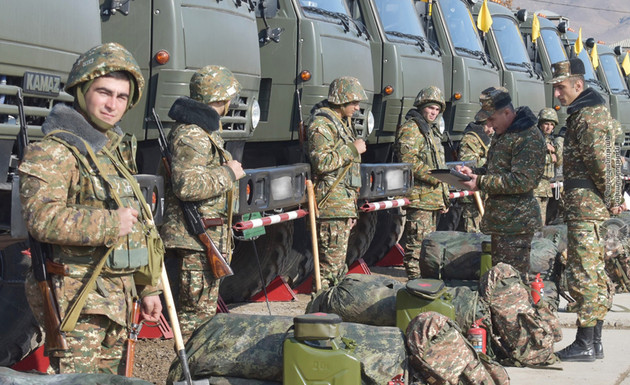 Although a year has passed since the Prime Minister of Armenia, Nikolai Pashinyan, stated that the country’s armed forces should be modernized, non-governmental organizations working in the defence sector see no progress in this matter. It is mentioned in the report of the Armenian Internet channel Factor TV.

On November 18, 2020, the Prime Minister spoke for the first time about the post-war reform of the army, when a road map for the transformation of the Armed Forces of Armenia was presented. Three months later, at the end of February 2021, Pashinyan announced the creation of a working group on army reform. Although a separate concept for the country's military reform was never published, government officials have noted some of the proposed changes in their interviews.

Thus, the first factor of Armenia’s security was called "the modernized Armenian army", then the "strategic alliance with Russia" and "membership in the CSTO" were noted. The Government’s five-year programme reflected many of the priorities of army construction. In particular, the reduction of the period of military service for conscripts, an active transition to a contract basis and stage-by-stage creation, the purchase of new weapons and military equipment, the development of military education, etc.

However, as reported by the Vanadzor office of the Helsinki Assembly, since then there is no information about what concrete steps have been taken towards the reforms of the Armenian army. Also, it was not possible to find out anything from the secretary of the Armenian Security Council Armen Grigoryan. In response to a request from civil society representatives, he responded with only general phrases that "the discussions are continuing", and there is no additional information for the public yet. The head of the Vanadzor office of the Helsinki Assembly Artur Sakunts believes that such an answer from Grigoryan may indicate that no work was carried out in principle. Meanwhile, Andranik Kocharyan, who chairs the parliamentary committee on security and defense, believes that "personnel changes in the government" in the military sphere speak of "modernization of the armed forces".

In this context, it should be noted that four Defence Ministers have been replaced in Armenia since the 2020 44-day war. Also, since 2018, the Chief of the General Staff of Armenia has been replaced three times, and Artak Davtyan appointed to this position twice. According to the Vanadzor Office of the Helsinki Assembly, 19 personnel changes have been made in the General Staff in the last two years, most of them in the post-war period. Six of these personnel changes affected the military who signed the resignation letter of Nikola Pashinyan. Artur Sakunts also considers it "problematic" that Russia is considered the only partner for the modernization of the Armenian army.

In his turn, Andranik Kocharyan, who is considered one of Nikol Pashinyan's closest associates, emphasizes that partnership with Russia does not exclude Armenia's opportunities to purchase weapons from third countries, including NATO countries. "The general public still does not know when the armed forces will begin noticeable reforms. High-ranking officials are still silent on this topic," the NGO notes.

Are the Armenian nationalists against the CSTO?