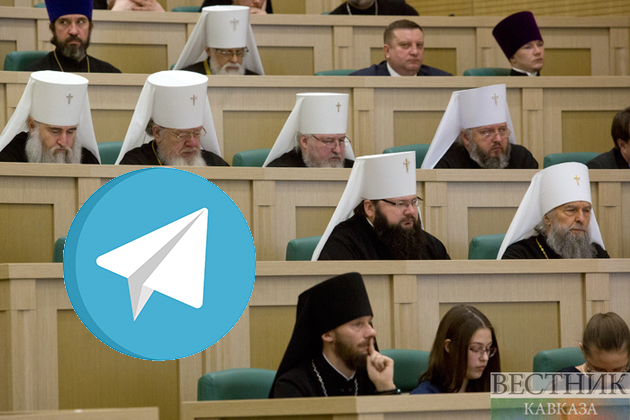 The media have long been called the "fourth branch of government" and have taken a dominant position in influencing the formation of public opinion. The significance of any rallies, the most authoritative round tables and powerful sermons depends on their coverage in the media. And at the beginning of the 21st century, traditional media are already giving way to new channels of communication: "new media" or media 2.0.

For example, a sociological survey in March 2020 showed that 39% of Russian citizens use social networks as their main source of news (almost a twofold increase in the share in 5 years). At the same time, the social media are increasingly being studied by older people (in the 40-54 age group, growth of 10 per cent and in the 55+ category, growth of 2 per cent).

As for the relationship between religion and the media, according to the American scholar Stuart Hoover, “religion and media have been closely related at least since the Reformation, and if we take into account oral communication, the language of rituals and vestments, then communication is the basis for our understanding of religion and before the Reformation. Therefore, when we reflect on the fate of religion today, in the information age, we must begin with the realization that the system of senses and meanings of religion has been at all times inextricably linked with forms of communication".

After the religious renaissance of the late 1980s - early 1990s, at the beginning of the new century, a cooling of interest in spiritual and moral searches, mystical revelations is noticeable in society. With the stabilization of political and economic life, other topics took their place on the front pages of the media. At the same time, religious organizations themselves, communities of believers found new ways of communicating with their followers, new channels for the dissemination of their knowledge and teachings.

In the last decade, several studies and articles have been published on the mediatization of religion, the work of religious generals in the media, including the New Media. At the same time, there is a lack of research on the religious agenda in the socio-political media, especially in the recently appeared information channels, the most interesting of which today is the Telegram messenger. Today, Telegram channels not only publish relevant and latest news, but also form the media agenda as a whole. Insiders and amateur "reports" are often first published on telegram channels and only then reprinted by reputable portals that have media registration certificates.

In mid-December, at the international conference "Religion and Media: New Normality", held at the St. Philaret Institute, a topical study of the religious agenda was presented on Telegram (ten most read social and political channels were analyzed). According to the author of the study, in exactly half of the cases the coverage of "religious" fasting is higher than the average on the channel and in half - less than it. At the same time, the channel "Manual" stands out, whose posts on religious topics collect more than two times the number of views in comparison with the average post. Perhaps, it may be connected with the high proportion of original posts of their own authorship on the channel and the lower number of reprints.

Another important indicator measured in the study is the level of engagement, ERR (Engagement rate by reach). With its help, you can determine the real interests of the community, trends and the most relevant, burning topics. In fact, ERR is an indicator of readers' interest and activity: the more channel subscribers read its posts, the higher the ERR. The analysis showed that the audience's attention to posts on religious topics, in general, corresponds to the average engagement on the channel. This suggests that religious topics do not attract subscribers, but they are not scrolled through, but read along with other posts.

At the same time, the channels "Manual" and "Something like this" are knocked out of the general row, the high ERR of "religious" posts in which is provided by the anomalous involvement of only two publications: On the preservation of Armenian holy sites in Nagorno-Karabakh after the 2020 war on the channel "Something like this" and the discussion of Metropolitan Tikhon (Shevkunov) about culture on the channel "Manual".

Christianity, as expected, has become the religion that attracts the most attention from the Telegram community. Most often it is the Russian Orthodox Church and, occasionally, the Catholic Church. The most popular themes in 2021 were the split in the Ukrainian Church, the attitude of the Church and Hierarchs to epidemics and coronavirus restrictions, participation in political life (or the exploitation of religious symbols and themes by politicians). A large proportion of posts consist of reports of first-person visits to temples and commemorative services.

In posts concerning Islam, the most popular topics were the change of power in Afghanistan and the prospect of the country returning to Sharia law, attitudes towards the epidemic and coronavirus restrictions. At the political level, topics related to Islam are exploited by the head of Chechnya Ramzan Kadyrov and Turkish President Recep Tayyip Erdoğan. Occasionally, there are themes of a shortage of mosques in Moscow and corruption among the higher clergy.

A few posts about Judaism highlight Vladimir Putin’s congratulations and references to the ethnic and religious origins of individual public figures. The posts on Buddhism are also published only in a political and ceremonial context.

The tone of publications in relation to religious communities and religion in general is mostly neutral (about 60% of posts). In tonally colored publications, the negative prevails slightly over the positive: 25% by 15%. Negativity is mainly associated with corruption and enrichment of hierarchs, excessive (in the case of Western Christianity) or insufficient tolerance, flexibility (in the case of the Russian Orthodox Church), disregard for the safety of the flock from the coronavirus, "medieval" rituals and superstitions.

In general, it should be noted that there is little interest on religious issues on the part of the leading socio-political telegram channels. Popular publics pay attention to the life of the church, the position of the clergy only when dealing with topical topics affecting other spheres of society (epidemic, monument on Lubyanka, foreign policy). At the same time, the tone of posts regarding religious organizations and believers remains neutral-negative, with a rare insight into the essence of community life.