Roots of Islamophobia in Europe 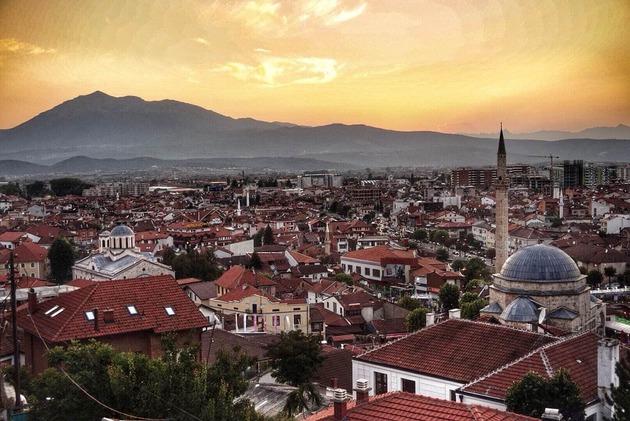 Growing Islamophobia is not just a phenomenon in Western Europe, in the Balkans where the continents largest number of Muslims are, it’s also a problem, TRT World writes in the article Why does Islamophobia exist in Muslim-majority countries? It makes for interesting reading when it addresses the Balkan states, given Muslims here are indigenous, with the vast majority having converted more than four hundred years ago.

Albania, Kosovo and Bosnia are three majority Muslim countries in the Balkans that face significant anti-Muslim rhetoric. There is also a large contingent of indigenous Muslims in Macedonia, Serbia and Montenegro who face everyday challenges while practicing their faith.

In 2019, the book “Islamophobia in Muslim Majority Societies” sought to tackle this unusual and seemingly self-contradictory question.

“Islamophobia may function differently but, in essence, the phenomenon is connected to the global political context that is very much structured by the post-colonial order and related to contemporary US hegemony in the world,” claim the book’s authors.

The US has become one of the central funding sources from which anti-Muslim narratives are spread globally. A 2019 report, “Hijacked by Hate: American Philanthropy and the Islamophobia Network”, found that there are 1,096 organisations responsible for funding 39 groups - to the tune of millions of dollars - in order to spread anti-Muslim sentiment.

Much of it has crossed the Atlantic into Europe and consequently into the Balkan countries, where it has mixed with an older form of othering Muslims resulting in an increase in anti-Muslim sentiment. Elites in majority Muslim and “self-Westernised countries” such as the Balkans, viewed the “the regulation of Islam [as] a way of regulating an identity that was regarded as a threat to the Western-like secular nation-state.”

Nada Dosti, who contributed to the Albanian section of the 2019 Islamophobia report, argued that it is important in “identifying, analysing and addressing the anti-Muslim rhetoric in the Albanian reality but also Albanian speaking countries.”

“Islamophobia in Albania has experienced an intensification in various spheres of life, including employment, education, media representation, the justice system, etc. with negative opinions and stereotyping, as well as hate speech on mainstream media, social media, and other online platforms,” added Dosti, speaking to TRT World.

After the 2019 Christchurch mosque terror attack in New Zealand, which left 51 Muslims dead, a commentator in Albania by the name of Kastriot Myftaraj, suggested that similar action was required against Muslims in Albania. The anti-Muslim sentiment in Albania is mainly fueled by “journalists and politicians”, argues Dosti, which is resulting in the Islamophobic discourse becoming “normalised.”

Kosovo, whose people are 96 percent Muslim, has seen internal Islamophobia, described as “threatening the very existence of Kosovo as a state” by Adem Ferizaj who authored the Kosovo section of the report.

In addition, the country saw Islamophobia reinforced internally when Austrian novelist and genocide denier, Peter Handke was awarded the Nobel Prize in Literature.

“Awarding the most important literary prize to such a writer not only suggests a deeply rooted Euro-Atlantic indifference towards the fate of Muslim-majority European countries like Bosnia and Herzegovina or Kosovo, it also represents a fit occasion for the normalisation of Islamophobic attacks against Kosovo’s right to exist by European politicians,” said Ferizaj.

“Whereas visible Muslimness (headscarf or beard) tends to be discriminated against in daily life in Kosovo, it should be not forgotten that Muslimness was a root cause for many genocidal attempts in the Balkans, especially the wars in Bosnia and Kosovo during the 90s,” added Ferizaj, speaking to TRT World. During the 1990s, both Kosovo and Bosnia saw many of its own people killed simply because of their Muslim faith.

That anti-Muslim sentiment may have receded somewhat since the war, but it nonetheless remains part of the political landscape in countries like Serbia and the Serb-dominated region of Bosnia.

In 2019, Muslims in other European countries faced a familiar form of Islamophobic hatred - there were attacks on mosques in France, Germany, Norway and the UK, too.

Additionally, conspiratorial narratives peddled by the far-right such, as the “Great Replacement”, where Muslims are on their way to replacing non-Muslims in Europe, continue to be insidiously spread and serve to motivate white supremacist terror attacks. The report recommends that national governments in Europe need, “a more proactive approach and support for inclusive education are necessary.”

There were more than 871 hate crimes registered against Muslims in 2019. Fifty-eight of them were against Muslim religious sites and in another forty-six, Muslims were physically injured by anti-Muslim bigots. Similarly in France, there were 1,043 Islamophobic incidents registered - these ranged from physical attacks, to hate speeches or the desecration of religious sites.