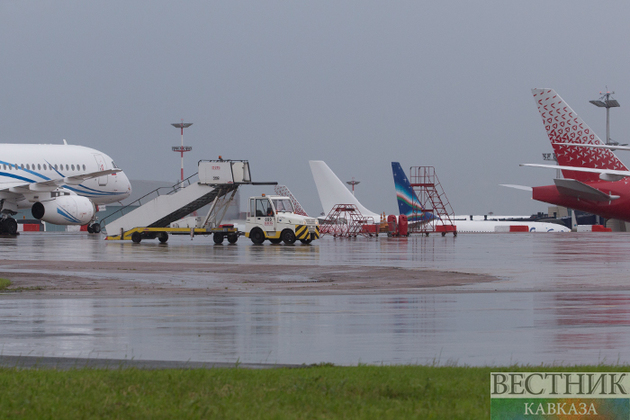 Iran plans to expand and refurbish its airports according to international standards with the help of China and Russia, Press TV reports. "Projects will be for the next 20-25 years, because existing airports will meet the needs of the industry for the next 15 years, but in the long run we need a number of world class international airports," Managing Director of Iran’s Airports Company (IAC) Siavash Amirmokri said.

He touched on Iran's stepped-up cooperation with Russia and China, saying detailed information in this regard will be released in due time after technical and specialized discussions are completed. "Given our interactions with China and Russia, the plan is to build new airports in accordance with the needs of the country in some regions," Amirmokri said. The official cited Ardabil airport in northwest Iran which lies on the crossroads of Eastern Europe and South Caucasus near the border with Azerbaijan. Relying on knowledge-based companies, Iran has provided most of the equipment needed in its airports from domestic production in recent years, he said. "Recently, we have had projects such as the contract for the purchase of advanced radar, switching and navigation aid systems and runway lighting system at Ardabil airport, in which we have reached self-sufficiency."

Due to its size, Iran has 53 airports and domestic air travel is rising even though the country has long struggled to replenish its fleet in the face of sanctions.

Iran had placed orders for purchases of 20 ATR 72-600 planes from the Franco-Italian aircraft manufacturer for internal travel, but only 13 of them were delivered. The import package was part of national flag carrier Iran Air's plans to buy 200 brand new planes from Airbus and Boeing and ATR after the country signed a nuclear deal in 2015. However, the contracts came to a halt in 2018 after the US Treasury banned the planemakers from supplying the jets to Iran.

Iran Air had ordered 100 passenger aircraft from Airbus, 80 from Boeing and 20 from ATR, but the deals depended on US license because of the heavy use of American parts in the planes. Iran had imported three aircraft from Airbus and 13 from ATR when the US Treasury Department under former president Donald Trump revoked export licenses. The deal with ATR included options for a further 20 aircraft and a training program for Iranian pilots and engineers. The planes would be operating among regional cities as part of a commercial plan, covering a populous crescent straddling Iran’s northwest and northeast.

Officials had said at the time the ATR fleet would be based in the Caspian city of Rasht to connect small towns to big cities such as Tabriz and Mashhad in Iran and the Azerbaijani capital of Baku. Another hub-and-spoke model was in the works for southern Iran, with the Persian Gulf city of Bandar Abbas being considered as the base for traffic between Lar in Shiraz and the Qatari capital of Doha.

Much of Iran’s domestic traffic is carried out by a handful of airports, with the rest of airstrips withering away because there are not enough small planes.

Flight restrictions in southern Russia extended until May 1

Problem of Russian Far-East isolated regions to be solved