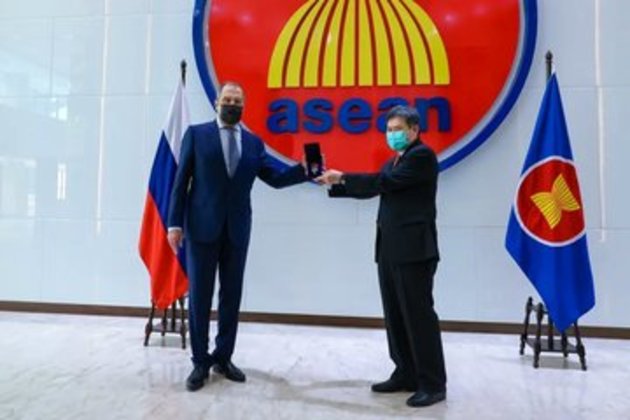 Russian President Vladimir Putin’s much-publicized tagline for the homegrown Sputnik vaccines — “reliable as a Kalashnikov assault rifle” — seems to bear a special connotation for Southeast Asia, The Eurasian Times writes. Taking advantage of the US-China rivalry over the ASEAN bloc, Russia of late has expanded its footprint in the region through vaccine and military diplomacy. July 6th marked the 30 years of Russia-ASEAN ties and 25 years of a “dialogue partnership”. To mark the occasion, Russian Foreign Minister Sergey Lavrov held a special meeting with ASEAN (Association of Southeast Asian Nations) counterparts and visited Indonesia and Laos.

In March, ASEAN and Russia also signed a “Comprehensive Plan of Action” to cooperate on multiple issues from security and smart cities to health and disaster management from 2021 to 2025. The recent visit puts the spotlight on Russia as the country continues to make space for the 10-member ASEAN bloc in its foreign policy priorities. Russia’s outreach to the region can be defined by three major themes – the political turmoil in Myanmar, the burgeoning arms export market, and the Sputnik V vaccine diplomacy.

Historically, Russia had considerable influence in the region after the Bolshevik revolution and inspired many communist movements in the countries from Vietnam to Cambodia. The Cold War period saw a struggle between Chinese communists and the Soviets with five prominent states forming the ASEAN to check the spread of communism in the region. Amid the Americans entering Vietnam and the Sino-Soviet split in 1960, the Russians shifted their priorities towards the Middle East and particularly Afghanistan. After the disintegration of the USSR in 1991, Russia remained on the sidelines due to internal political and economic reasons but the country has rekindled its engagement with the ASEAN bloc, occupying a central role in the geopolitical shift towards Asia-Pacific, now called Indo-Pacific.

Since 2001, Russia’s multilateral and bilateral involvements with the ASEAN bloc have been overshadowed by a revisionist China and the resident power US. Some experts suggest that out of the 10 ASEAN states, Cambodia, Laos, Myanmar, and Thailand tend to be closer to China while Indonesia and Singapore are more inclined toward the West; Vietnam, Malaysia, and the Philippines often oscillate between the two. In such a tightly-knit rivalry, Russia is gradually projecting itself as a “hedge” or an alternative to the member states.

Collin Koh, a maritime security research fellow at Nanyang Technological University, Singapore, told Nikkei Asia that Russia’s role in the region will be an important one. “Russia could certainly play a bigger role, since Russia is still a major power and could actually become a potential heavyweight for a number of those countries in Southeast Asia who don’t want to become embroiled in whether to choose the United States or China,” Koh said.

The Covid-19 pandemic has provided Moscow with an opportunity to re-engage with the region that is caught between the vaccine rivalry of the Chinese and the Americans. Russia has leveraged the homegrown Gamaleya Institute-developed Sputnik V doses that President Putin called “reliable as a Kalashnikov assault rifle”, exporting millions to the Middle East, Africa, and Latin America.

After receiving its first batch of Sputnik in May, the Philippines placed an additional order of 170,000 doses taking the total supplies to 235,000 while the state is negotiating to buy 20 million doses.

In June, Malaysia inked a purchase of 6.4 million doses of the Sputnik V vaccine, while the country awaits approval by its national Drug Control Authority.

Last week, Russian news agency TASS reported that Moscow is looking to deliver some doses of Sputnik V to Laos free of charge, as humanitarian assistance.

Vietnam is also looking to procure an additional 40 million doses, as per a government resolution passed on July 12, after an initial purchase of 20 million this year. The state media reports claim that Sputnik may be locally produced in the country from July as Vabiotech company will be in charge of bottling and packing the vaccines with a capacity of 5 million doses per month.

Meanwhile, Myanmar is negotiating to buy two million doses of Russia’s Sputnik V COVID-19 vaccine, as authorities in the largest Southeast Asian country try to tackle a new wave of coronavirus infections. Until the first half of 2021, the country has recorded 155,697 COVID-91 cases and 3,320 deaths, the fourth largest in the region.

According to data published by Stockholm International Peace Research Institute (SIPRI), Russia was Southeast Asia’s largest arms supplier between 2000 and 2019, exporting up to $10.7 billion as compared to the US’ $7.9 billion and China’s $2.6 billion.

Among the 10-state bloc, Vietnam is Russia’s top arms customer, accounting for 61% of the total sales in the last two decades.

Laos is also opening up to Russian military aid as the latter supported the country by repairing an airfield. In August, both countries are due to participate in a military exercise called ‘Laros’, the first edition of which was held in 2019.

Russian arms sales to countries like Malaysia, the Philippines, and Indonesia that tend to be closer to the West remain minimal with no recent deals in news. On the other hand, Myanmar is emerging as a significant market for Russia, especially after the recent coup.

Much like China and India, Russia’s response to the military coup on February 1 has been restrained and strategic.  Russian President Vladamir Putin expressed concerns over the escalating violence, he stopped short of condemning the military regime. At the same time, Moscow has proliferated the sale of arms and elevated ties with Myanmar.

On a recent visit to Moscow by Myanmar’s military chief Senior General Min Aung Hlaing, the leader of the junta’s State Administrative Council (SAC), the two countries committed to “strengthen military ties”. He also thanked Russia for its military aid that had made the Myanmar military one of the strongest in the Asia-Pacific region.

The Irrawaddy, one of Myanmar’s leading publications, reported that the underlying purpose of the visit was to procure more arms as the Myanmar delegation stopped by at the Russian city of Irkutsk that houses a manufacturing plant of Su-30 family of interceptor/ground-attack aircraft.

According to SIPRI, Russia is the third-largest arms supplier to the country (15%), behind China (48%) and India (16%). Some of the military exports include MiG-29 jet fighters, Yak-130 jet trainers, Mi-24 and Mi-35P helicopters, and Pechora-2M anti-aircraft missile systems.

Whether Russia is able to successfully provide an alternative to ASEAN states remains to be seen. A survey conducted by Singapore’s ISEAS-Yusof Ishak Institute in late 2019 asked over 1,300 experts across the bloc about their preferred “third party” against the US-China rivalry. And it put Russia in third place (6.1%) behind Japan (38.2% ) and the EU (31.7%).

Russia-Asean relations: Where Are they headed?