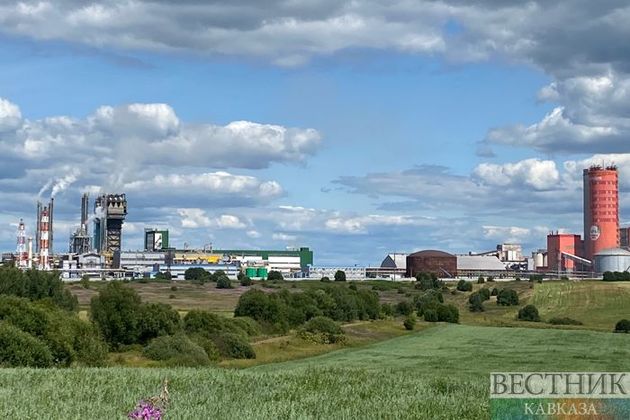 Russia's aim to be carbon neutral by 2060 -- announced by President Putin in the run-up to the COP26 climate meeting -- will require a huge restructuring of its economy, which is today heavily dependent on oil and gas revenues. Major changes to energy strategy are expected, with the focus likely to be on increased nuclear and renewables power, implementing more carbon capture and storage, and developing significant hydrogen production and export projects, S&P Global Platts writes.

Russian oil and gas producers, mainstays of the country's economy, have signaled their willingness to change to some extent, with significantly increased cleaner energy targets. These include Rosneft's plan to cut upstream emissions intensity by 30% by 2035, as well as Lukoil's target of reducing greenhouse gas emissions by 20% by 2030, compared to 2017 levels. However, there is a sense that it is climate legislation in Russia's key European market, and Western majors' adoption of climate targets, that are spurring the changes in Russia's development, with many voices in the country warning that prioritizing energy transition to the point of underinvesting in traditional fossil fuels raises the risk of greater market volatility. On top of this, some still see opportunities for the country from warmer temperatures in terms of oil and gas development and exports in the Arctic region.

Following President Putin's announcement in mid-October that Russia is planning to be carbon neutral by 2060 -- the same target as its key energy allies China and Saudi Arabia -- the Russian government is set to adopt an energy transition action plan by the end of 2021. Analysts expect that key features of the plan will be Russian forests' CO2 absorption capacity, increasing efficiency, and carbon capture and storage.

"Other very likely elements are increasing renewables from below 1%, higher share of low-carbon nuclear (from about 20% now to about 25%), replacing coal with gas and cutting methane emissions," Elena Anankina, senior analytic director, Ratings and Infrastructure, S&P Global Ratings said.

To some extent concerns over EU climate legislation are stimulating action on energy transition in Russia. Vladimir Drebentsov, chief advisor to the director-general of the Russian Energy Agency (RosEnergo) said that EU approval of the green deal and CBAM "of course has raised a lot of concerns on the part of the Russian government and I think greatly accelerated progress that we've seen on this front." The EU Green Deal covers the bloc's plan to be climate neutral by 2050, while the carbon border adjustment mechanism levies a price on goods with high emissions entering EU markets.

Russian officials continue to warn that underinvestment in traditional fuels, and the unpredictability of renewables, increases the risk of market volatility, seeing these as key factors underpinning the current European energy crisis. Rosneft CEO Igor Sechin said Oct. 28 that globally the deficit in investment needed to meet oil demand may total $135 billion in 2021-2025.

"Only a reasonable balance between traditional and renewable energy can ensure sustainable long-term growth of the global economy," Sechin told the Eurasian Economic Forum. European gas prices have surged to historic highs in recent months, while oil prices have also seen a steady rise as economies recover from the coronavirus pandemic and OPEC+ continues to gradually return barrels to market.

One way that Russia is planning to protect against the economic impact of the declining use of fossil fuels is to develop a significant hydrogen industry, targeting 20% of global market share by 2030, according to a government roadmap. Russia's export plans include shipments of 2 million mt/year by 2035, and 15-50 million mt/year by 2050. Russia plans to spend over Rb9 billion, equivalent to around $127 million, on hydrogen projects over the next three years.

It plans to produce hydrogen from nuclear and renewable sources, but analysts expect natural gas to play the biggest role in production, due to Russia's vast gas reserves. Russia is targeting Europe and Asia as key export markets. It plans to create at least three hydrogen clusters -- in the northwest for European exports, the east for Asian supplies, and the Arctic for domestic consumption and potential exports.

Platts Analytics forecasts that Russian hydrogen production will amount to 3.4 million mt in ammonia and 2.7 million mt in refining in 2021. It expects these volumes to increase to 3.8 million mt and 3.1 million mt respectively in 2025. There are concerns over whether the EU will accept the environmental credentials of Russian blue hydrogen. To mitigate this risk, Russia is investing in ways to reduce the carbon impact of blue hydrogen, including the use of pyrolysis in production, as well as shipping gas for lower-carbon hydrogen production to facilities with good access to power generated from renewables.

The Russian energy ministry argues that with carbon capture, up to 90% of emissions from gas-based hydrogen can be eliminated. Blue hydrogen production costs are currently significantly lower than for green hydrogen, according to S&P Global Platts assessments. Platts assessed hydrogen Netherlands SMR with CCS (including capex and carbon) at Eur5.12/kg on Oct. 28, compared to Hydrogen Netherlands PEM electrolysis (including capex) at Eur13.35/kg. Russia is in talks with foreign partners on hydrogen cooperation, including companies in Asia, Western Europe, the Middle East, and Australia. In recent months Russian officials have held talks with their counterparts from the UAE and Saudi Arabia on joint projects.

Japan has also announced that it will work with Russia 's Rosneft and Novatek on lower-carbon projects, including hydrogen and ammonia, as well as CCS. Western majors with a significant presence in Russia, BP and TotalEnergies, have also expressed interest in joining hydrogen projects in Russia.

Biden blasts China, Russia for not 'showing up' at COP26

Vladimir Putin will take part in the G20 summit via videoconference