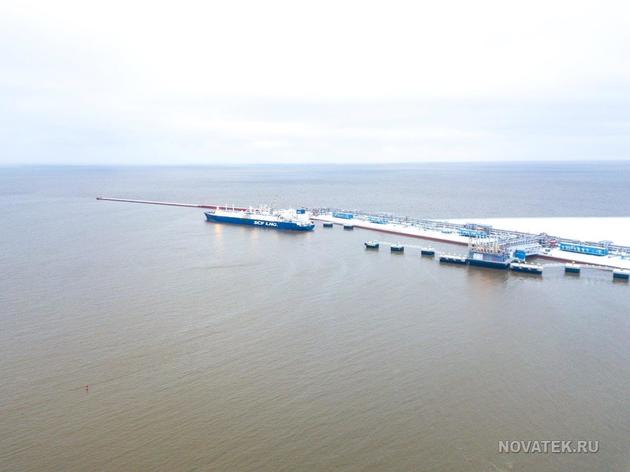 Russia’s Novatek said last week it planned to triple current liquefied natural gas production rates to as much as 70 million tons annually by 2030. That’s despite the current glut that has depressed LNG prices globally and the damage to demand done by the pandemic. The company has a major ally in that ambition, and it’s not Putin. It’s the Northern Sea Route.

As Oil Price writes in the article Russian LNG Gets A Climate Change Boost, in September, shipments of liquefied natural gas from Novatek’s Yamal LNG facility via the Northern Sea Route hit 700,000 tons, according to an Argus Media report. That amount broke the record of 623,000 tons shipped in August and substantially increased the amount of LNG shipped from Yamal a year earlier. And shipments will continue to grow as the Northern Sea Route remains open for maritime traffic for longer.

The Northern Sea Route, along Russia’s 24,000-km Arctic border, saw 935 voyages made in just the first half of the year, according to the NSR information office. This was a substantial increase on both the first half of 2019 and 2018, despite the pandemic. In fact, the strongest month for the NSR was April, when Europe and the United States were on lockdown. But that’s not all. Most of the shipments along the route were LNG and oil. Novatek’s Yamal facility accounted for 257 voyages, while oil and oil product shipments from the Arctic Gate terminal accounted for the second-largest chunk of voyages, at 228.

From an environmental standpoint, the melting of the Arctic ice is a worrying development. From a business and economic standpoint, however, the warming of the Arctic climate offers abundant opportunities. When it comes to Novatek and LNG, it offers it the opportunity to utilize the shortcut between Europe and Asia for longer periods every year. This would undoubtedly have an effect on its prices, and that effect would be favorable.

“There are many more ships because the ice is thin and you can sail without the help of icebreakers,” the editor-in-chief of Norwegian High North News, Arne O. Holm, told the Wall Street Journal recently. “The NSR needs a lot of investment to attract bigger cargo vessels, but activity is picking up, and if the ice keeps melting it will be another option to move cargo from northern China to Europe.”

Banks appear to be keeping an eye on these developments and what they could mean for future trade. No wonder, then, that a number of banks have pledged a total of $9.5 billion in funding for Novatek’s second LNG project, the Arctic LNG 2. According to a Reuters report, the China Development Bank and German Euler Hermes are among the lenders that have made pledges, and French Pbifrance is yet to decide on the funding. The China Development Bank is, unsurprisingly, the most generous backer of the $21-billion Arctic LNG 2 project, with $5 billion.

Arctic LNG 2 will have a liquefaction capacity of $19.8 million tons of LNG annually divided among three liquefaction trains. It should be operational in 2023 and reach its full capacity by 2026, and Novatek has already ordered a fleet of 14 ice-class LNG tankers to be constructed for the future output from the project.

Russia has ambitious plans for expanding its presence in LNG. Energy Minister Alexander Novak recently told an industry event that the country eyed a 25-percent share of the global LNG market. He added that by 2025, Russia should have a total liquefaction capacity of 68 million tons.

“We already have the largest gas production potential as well as a strong and advanced export infrastructure,” Novak said and, importantly, noted that development of the Northern Sea Route will help make LNG deliveries faster and cheaper.

“Russian LNG cost into Europe is some of the cheapest LNG in the world. It can get into Europe for under $2/mn Btu,” a senior LNG analyst from S&P Global Platts told Petroleum Economist in February this year. “Because of this price incentive, Russia became the second-largest supplier of LNG in Europe last year, beating Nigeria and pushing out other key suppliers including Algeria.”

With the Northern Sea Route operating for longer periods every year, prices could fall even further, making it harder for competitors, notably U.S. LNG producers, to get a firm footing in Europe. Yet Asia is also a case in point—it is home to the world’s largest importers of the commodity, including South Korea, China, and Japan. Price would be a top priority for them, too, especially after the damage done to their economies by the pandemic. And on price, it seems Russia is beating most of the competition, thanks in no small part to the changing climate.