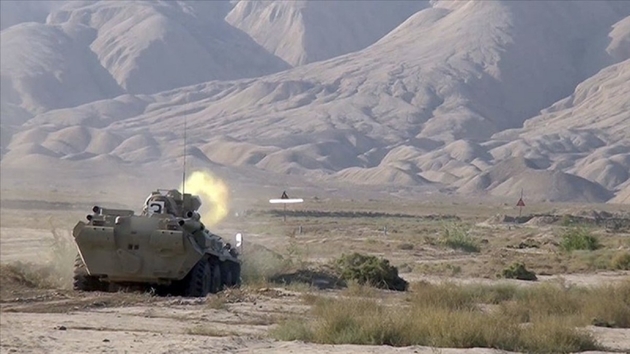 Azerbaijan’s outright victory over Armenia in the 44-day Karabakh war has both plunged the latter into turmoil and pushed political actors seeing eye to eye with Yerevan into an impasse. Azerbaijan’s victory has learnt it a lesson that united and backed by the key actors of society, it does not a power ally and can defend itself and be a bulwark of those whose rights are violated, Fuad Muhtarly, a senior research scientist at The Institute of Stratigic Analysis writes in the article The Karabakh Win: What Lessons Azerbaijan Should Learn & Teach. The scientist suggests examining the post-Karabakh positions of some nations vis-a-vis Azerbaijan and Armenia.

Russia as one of the OSCE Minsk Group co-chair countries positioned itself as a neutral actor throughout the war although the Kremlin was highly active behind the curtain and its ready-for-implementation policies soon after the mediation mission on the 44th day proved its full engagement in the conflict. On the other hand, Russia as President Putin confirmed in his recent TV interview fully honoured its commitment to Armenia as a member of the Collective Security Treaty Organisation (CSTO). Russia supplied Armenia with all types of weapons and ammunition amid heavy battles in the front and Iran played a key transit country to this effect because Georgia closed its sky for the military cargoes.

The U.S. with its status as another mediator of the trio was thoroughly involved in own presidential elections and let the initiative go out of its control. Experts hope that the conflict will more or less be channelled into a peaceful direction by the time the Biden administration moves to the White House.

The French Senate has recognized the independence of the separatist Karabakh. This came at a time when the Azerbaijani army has accomplished its sacred mission of de-occupying territories that were being retained for nearly 30 years. France proved disloyal to its obligations as the third co-chair of the group and sided with Armenia. The French president’s knee-jerk reaction compared against his pre-war behavor and insistence on ending the war fully displayed long-standing anxieties that the country cannot be relied to play a fair role on the conflict. Angered by Paris’ biased mediation, Azerbaijanis took to the streets to picket the French embassy in Baku and the Foreign Ministry summoned the French envoy to protest against the Senate resolution, recognizing Karabakh as an independent entity.

"On November 26, 2020, French ambassador to Azerbaijan Zacharie Gross was summoned to the Foreign Ministry," where, a note of protest was presented to him over the resolution. Armenia and Azerbaijan fought a bloody war over Nagorno-Karabakh in the early 1990s which ended in a truce. France’s Macron was a vocal critic of the military offensive Baku launched in response to Armenia’s shelling of its settlements. President Emmanuel Macron pursued several objectives but failed to realize by siding with Armenia’s policies. He lost to retain France's influence over the Nagorno-Karabakh conflict as well as the region by one-sided policies. Macron also expressed discomfort over the Russia-brokered November 10, 2020 ceasefire that ended six-week fighting between Azerbaijan and Armenia that allowed Baku to consolidate significant military gains. "We do not consider this ceasefire to be sufficient. It does not solve the political question and all the other issues," Macron added.

The Bundestag, the lower house of the German parliament, expressed its attitude to the latest events in Karabakh. In the adopted document, the MPs welcome the cessation of the military operations on November 10, 2020 and noted that the ceasefire creates an opportunity for the parties to return to the negotiating table. According to parliamentarians, Germany, together with partners in the EU, OSCE, and the UN, should be ready to make a greater commitment to sustainable peace between Azerbaijan and Armenia. But the most remarkable thing is that the Bundestag members state that the UN and the OSCE Minsk Group have done very little to establish a sustainable peace, and a repetition of such a scenario in the OSCE space in the future is unacceptable.

In this context, the OSCE Minsk Group, in particular, its co-chairs, in the shortest possible time should consider their failures from a critical point of view, identify the reasons for these failures. At the same time, the MPs believe, the latest processes should be an alarm signal for the EU, which today is more responsible for ensuring stability in its neighborhood. The Bundestag also noted the importance of the efforts of Turkey and Russia to ensure peace. In addition, the German Bundestag expressed concern about the political instability in Armenia, and also called on the federal government to consider the possibility of channeling funds for the conflict region to provide assistance through such international humanitarian structures as the Red Cross or the Red Crescent. The document also highlights the importance of EU involvement in follow-up affairs.

Needless to say, how much the Bundestag's decision differs from the provocative resolution of the French Senate. Moreover, this is a sure sign that Berlin does not intend to support the anti-Turkish hysteria of Paris. It is all the more difficult to disagree with the harsh assessment expressed by the parliamentarians towards the OSCE Minsk Group. It is clear that all this fits perfectly into the desire of European politicians to appear on the world stage as an independent and influential power broker, to have their weighty say in resolving the crisis, to take part in resolving the conflict in the Eastern Partnership space, and so on.

Several years ago, the region already discussed the possibility of including Germany in the number of the OSCE Minsk Group co-chairs and did not even rule out that Berlin would replace Paris. Azerbaijan pinned certain hopes on such a European reshuffle in the Minsk Group. However, the matter did not progress beyond talk. The EU special representative for Karabakh was appointed in the same way.

And now everything has changed, the 44-day war launched a complete reboot of regional politics. Azerbaijan has essentially resolved the conflict by military means, securing, among other things, pipelines important for Europe - the Baku-Tbilisi-Ceyhan oil pipeline and the Southern Gas Corridor.

Moreover, as a result, the Minsk Group, the U.S., and the EU were simply left behind. Moreover, if NATO, represented by Turkey, participates in the settlement process, and Secretary General of the Alliance Jens Stoltenberg discusses Karabakh with Turkish Foreign Minister Mevlut Cavusoglu, then the European Union simply "dropped out" of the process. And now he clearly wants to jump on the departing train. Germany is also making up for lost time, raising concerns about the Minsk Group.

Only against this background it is very difficult to refrain from ironic questions, whether the Bundestag is too late with this criticism and whether these fair assessments are being expressed according to the principle “when push comes to shove” - the Minsk group has demonstrated incapacity for more than a quarter of a century, but they only started talking about it now. In addition, the European Union will have to “catch up with the train”, having in its luggage not only its own inactivity, but also the political art of France.

Against this background, it will be very difficult for Germany to save Europe's image on the Karabakh plain where everything was decided without the participation of Europe. So now European politicians will have to think hard what they can offer Baku in order to nevertheless integrate into regional political processes.