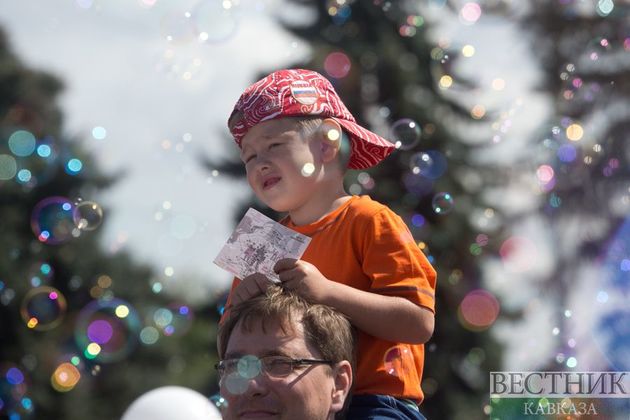 Many parents felt a profound sense of relief when analyses of the coronavirus found that kids rarely show symptoms and usually aren’t at much risk. Unfortunately, that doesn't mean they’re safe from the global pandemic. Every parent is familiar with the day-to-day perils of the COVID-19 outbreak, with playgrounds closed, social interaction limited and screen time all too tempting. The Japan Times reports in its article Children may be the silent victims of coronavirus that the most consequential effects of this crisis are likely to come from two areas: health and education.

Natural disasters tend to be especially harmful for children’s health. They disrupt the basic medical services that mothers and young kids rely on, and usually divert crucial resources to more immediate needs. Measures meant to protect health care workers and the broader population may also mean that clinicians are unable or unwilling to have contact with patients, whether to give a physical exam or administer a shot.

For kids, that can have long-lasting consequences. At the height of the West African Ebola epidemic, in 2014, institutional deliveries of children — a crucial means of reducing maternal mortality — decreased by 37 percent compared to the previous year. Prenatal consultations, which have been shown to improve children’s long-term physical and mental health, decreased by 40 percent. Worse, vaccination rates declined sharply. In 2013, before the outbreak, a still-too-low 73 percent of Liberian children under age one were fully vaccinated. From July to September of 2014 that number dropped to 36 percent. Measles vaccination rates alone declined by 45 percent.

This drop-off created a large "immunity gap" that allowed the disease to spread more easily. The consequences lingered: From 2016 to 2017, 49 percent of Liberia's 2,954 suspected measles cases were detected in children under the age of five. In all likelihood, the current outbreak will have similar effects. In late March, the World Health Organization called for preventative mass-vaccination programs to be suspended worldwide to allow for social-distancing measures. Although this was probably the right call, even public health experts who supported the decision acknowledged that it will contribute to a surge of diseases that might last for years.

Another serious worry — for parents and for the world — is that some 1.4 billion children currently live in areas where schools have been fully or partially closed, from Southern California to rural India. Most of those kids have no idea when they’ll be able to return. When schools in Liberia, Guinea and Sierra Leone were closed to curtail the spread of Ebola, students lost as many as 1,848 hours of education.

A significant body of research suggests that such a prolonged absence from school can be detrimental educationally and developmentally, and especially harmful for low-income students. As plenty of frustrated parents are now finding, distance-learning programs can be ineffective even under ideal circumstances. In poorer households, where parents are less likely to be able to work from home, the challenges can be severe. Especially in developing regions, girls are at particular risk of not resuming their education due to increased poverty, domestic responsibilities and pregnancy rates during the pandemic. Even when schools do reopen, the virus may pose a threat for months or years into the future.

Mitigating all of these harmful effects will be an immense challenge. After the Ebola epidemic, agencies and governments around the world contributed to a new vaccination program as soon as it was safe to do so. That won't be cheap or easy on a global basis. Nevertheless, the World Health Organization, despite its recent problems, remains the appropriate organization to coordinate such a campaign, and planning and funding should get underway immediately. Governments should also prioritize maternal and prenatal services during the pandemic, and look carefully to reopened schools as places where child health can be monitored and basic care delivered.

For their part, schools should strive to maintain as much continuity with students as possible. Step one should be a concerted effort to pay and retain teachers during the crisis. They'll be key to reopening schools quickly, and could provide some much-needed stability for students who have lost their sense of routine or even safety. Finally, planning needs to start now on assessments and accelerated curriculums designed to help students catch up and review what they were learning before the pandemic. Modest steps like these won't lead to cures or treatments for the coronavirus. But they might help ensure that its effect on future generations isn’t needlessly destructive.