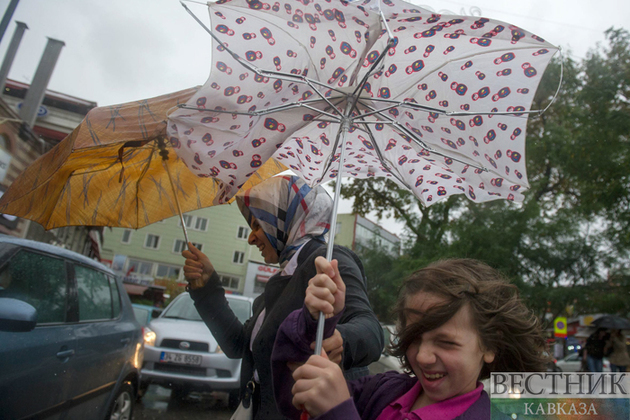 As the world has bitterly experienced with countless heat waves, wildfires and flashfloods in the last couple of years, the UN's latest report on the climate crisis warns of much worse to come if action is not taken, Daily Sabah reports.

The world and its leaders were confronted Monday by a horrifying "atlas of human suffering" as a new science report by the United Nations' Intergovernmental Panel on Climate Change (IPCC) showed that despite weather being extreme now, climate change is about to get so much worse, likely leading to a world that is sicker, hungrier, poorer, gloomier and way more dangerous in the next 18 years with an "unavoidable" increase in risks. And after that watch out. The IPCC report said Monday if human-caused global warming isn’t limited to just another couple tenths of a degree, an Earth now struck regularly by deadly heat, fires, floods and drought in future decades will degrade in 127 ways with some being "potentially irreversible." 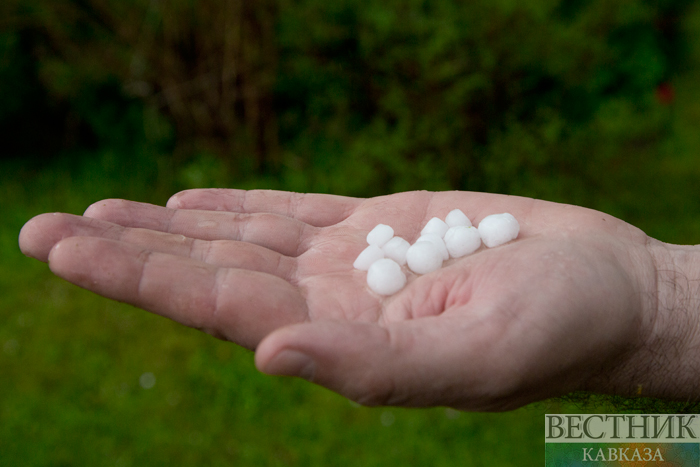 "The cumulative scientific evidence is unequivocal: Climate change is a threat to human well-being and planetary health," says the major report designed to guide world leaders in their efforts to curb climate change. Delaying cuts in heat-trapping carbon emissions and waiting on adapting to warming's impacts, it warns, "will miss a brief and rapidly closing window of opportunity to secure a liveable and sustainable future for all."

Today’s children who may still be alive in the year 2100 are going to experience four times more climate extremes than they do now even with only a few more tenths of a degree of warming over today's heat. But if temperatures increase nearly 2 more degrees Celsius from now (3.4 degrees Fahrenheit) they would feel five times the floods, storms, drought and heat waves, according to the collection of scientists at the IPCC. 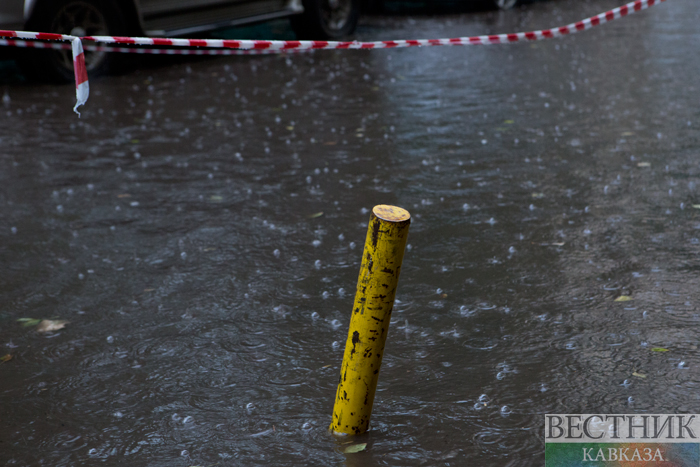 Already at least 3.3 billion people's daily lives "are highly vulnerable to climate change” and 15 times more likely to die from extreme weather, the report says. Large numbers of people are being displaced by worsening weather extremes. And the world’s poor are being hit by far the hardest, it says. More people are going to die each year from heat waves, diseases, extreme weather, air pollution and starvation because of global warming, the report says. Just how many people die depends on how much heat-trapping gas from the burning of coal, oil and natural gas gets spewed into the air and how the world adapts to an ever-hotter world, scientists say. "Climate change is killing people," said co-author Helen Adams of King's College London. "Yes, things are bad, but actually the future depends on us, not the climate." 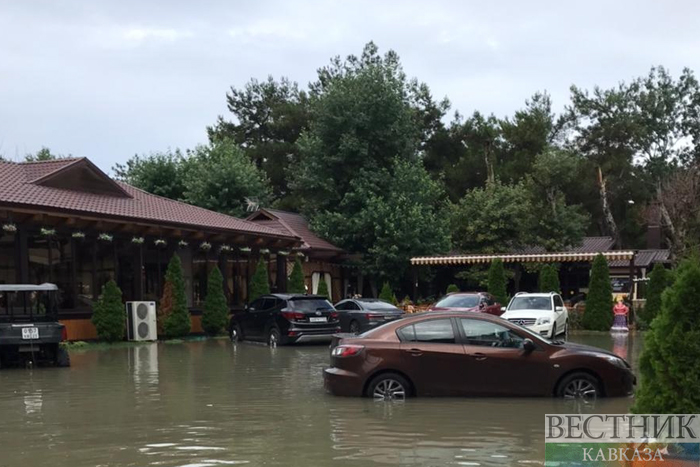 With every tenth of a degree of warming, many more people die from heat stress, heart and lung problems from heat and air pollution, infectious diseases, illnesses from mosquitoes and starvation, the authors say. The report lists mounting dangers to people, plants, animals, ecosystems and economies, with people at risk in the millions and billions and potential damages in the trillions of dollars. The report highlights people being displaced from homes, places becoming uninhabitable, the number of species dwindling, coral disappearing, ice shrinking and rising and increasingly oxygen-depleted and acidic oceans.

Some of these risks can still be prevented or lessened with prompt action. "Today's IPCC report is an atlas of human suffering and a damning indictment of failed climate leadership,” United Nations Secretary-General Antonio Guterres said in a statement. "With fact upon fact, this report reveals how people and the planet are getting clobbered by climate change." 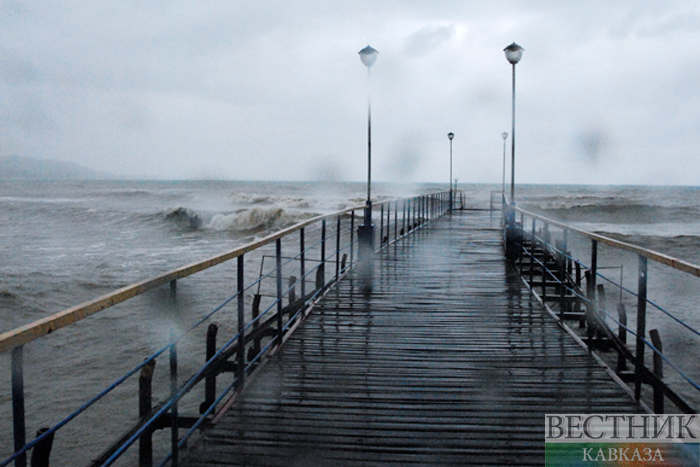 The panel of more than 200 scientists puts out a series of these massive reports every five to seven years, with this one, the second of the series, devoted to how climate change affects people and the planet. Last August the science panel published a report on the latest climate science and projections for future warming, branded "code red" by the United Nations. Climate scientist Katharine Hayhoe of The Nature Conservancy, who wasn't part of the latest report, calls it the "Your House is on Fire” report. "There’s real existential threats," report co-chair Debra Roberts of South Africa told The Associated Press (AP).

Since the last version of this impacts panel's report in 2014, "all the risks are coming at us faster than we thought before," said report co-author Maarten van Aalst, a climate scientist for the International Federation of Red Cross and Red Crescent Societies, mentioning floods, droughts and storms. "More of it will get really bad much sooner than we thought before." "Every bit of warming matters. The longer you wait... the more you will pay later," said report co-chair Hans-Otto Poertner of Germany told the AP in an interview. 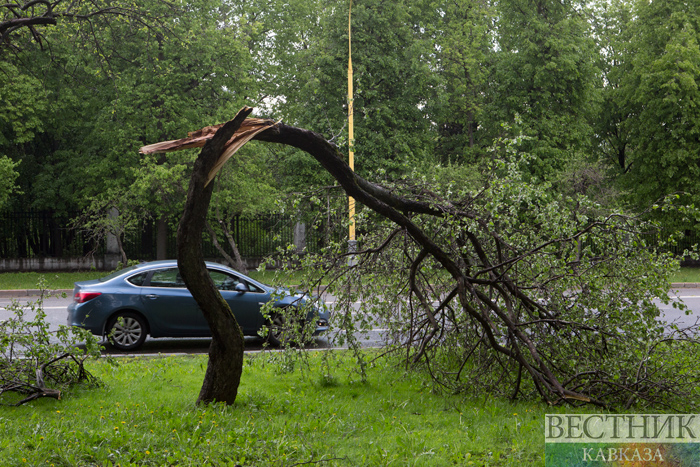 By 2050, a billion people will face coastal flooding risk from rising seas, the report says. More people will be forced out of their homes from weather disasters, especially flooding, sea level rise and tropical cyclones.

If warming exceeds a few more tenths of a degree, it could lead to some areas becoming uninhabitable, including some small islands, said report co-author Adelle Thomas of the University of Bahamas and Climate Analytics. And eventually in some places it will become too hot for people to work outdoor, which will be a problem for raising crops, said report co-author Rachel Bezner Kerr of Cornell University. 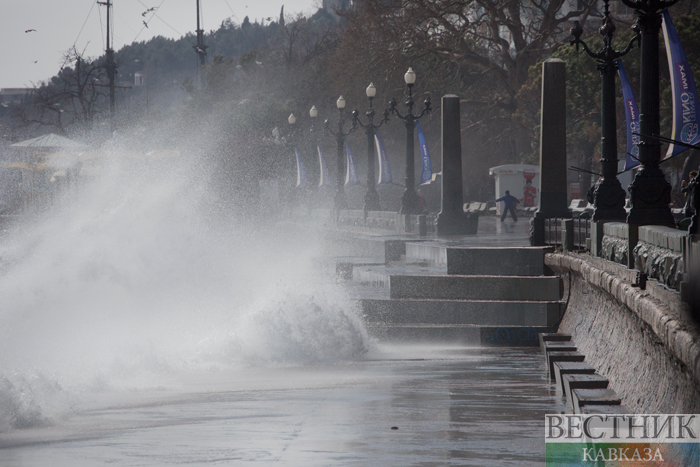 Some of these climate change harms have been warned about for years, even decades, and have become reality, now written in the past and present tenses. Others are still warnings about future woes fast approaching.

Monday’s 36-page summary, condensed from more than 1,000 pages of analysis, was written by scientists and then edited line-by-line by governments and scientists with that final summary approved by consensus Saturday during a two-week virtual conference that occurred while Russia invaded Ukraine. In the final hours, a Ukrainian delegate made an impassioned plea that the war not overshadow the climate change report, some authors said. 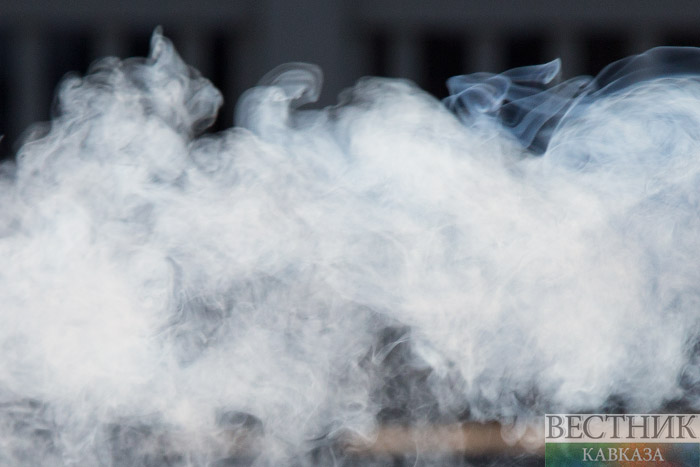 Study authors said much of Africa, parts of Central and South America and South Asia are "hot spots” for the worst harms to people and ecosystems. The report has a new emphasis on the mental health toll climate change has taken, both on people displaced or harmed by extreme weather and on people's anxiety level, especially youths worried about their futures. If the world warms just another nine-tenths of a degree Celsius from now (1.6 degrees Fahrenheit), the amount of land burned by wildfires globally will increase by 35%, the report says.

And the rest of the living world won’t be spared either, with the report warning of climate change extinctions. Already two species – the mammal Bramble Cays melomys in Australia and Central America’s golden toad – have gone extinct because of climate change. But much more will come with every bit of warming, said Poertner, the German co-chair.

One of the biggest changes in the report from previous versions emphasizes how crucial a key temperature threshold is scientifically and for people and how exceeding it, even if only a few decades, can cause permanent damage. 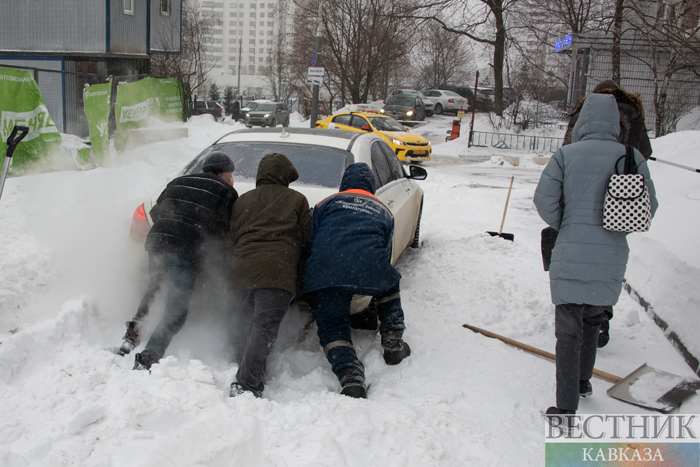 In the 2015 Paris agreement, the world adopted a goal of limiting warming to 1.5 degrees Celsius (2.7 degrees Fahrenheit) since pre-industrial times, which was then further cemented when a special IPCC report in 2018 showed massive harms beyond that 1.5 degree mark. This new report found that threshold is even more important, but scientists do note that the world does not fall off a cliff after that mark.

Because the world is already 1.1 degrees (2 degrees Fahrenheit) warmer than pre-industrial time and emissions are still rising, not falling, the vast majority of future scenarios show temperatures are on track to shoot well above 1.5 degrees, hitting the mark in the 2030s. So some officials began to count on going over that threshold and coming back down a decade or so later with still-to-be-proven expensive technology to suck carbon out of the air or by some other means. 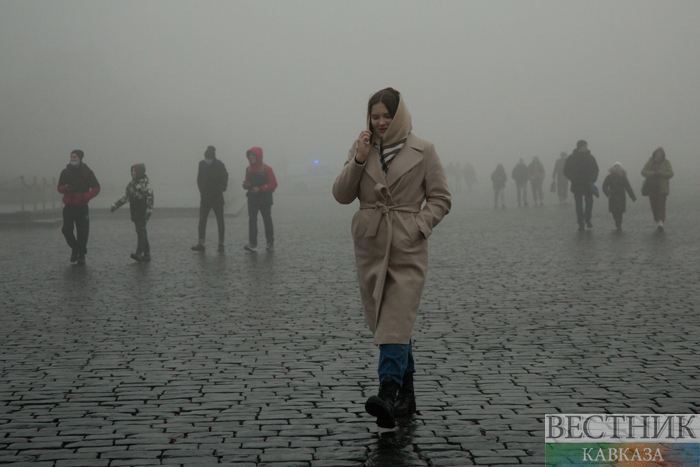 Monday’s report says that if that overshoot happens, "then many human and natural systems will face additional severe risks... some will be irreversible, even if global warming is reduced." Countries need to do more to adapt to warming, with rich countries needing to do a better job giving financial help to poorer nations to adjust to climate change caused mostly by the developing world, the report says. But there are limits to what adapting can accomplish and sometimes – like in the case of sea walls – technical fixes to lessen harms in one place will make it worse somewhere else, the report says.

Amid all the danger signs, experts said they want to shy away from doom. "Fear is not a good advisor and never is," German vice chancellor and minister for climate and economy Robert Habeck told the AP. "Hope is the right one." Hayhoe said what’s needed is realism, action and hope. "It’s really bad and there’s a good chance that it will get worse,” Hayhoe said. "But if we do everything we can, that will make a difference. Our actions will make the difference... That’s what hope is."

New project in Tajikistan to offer protection against natural hazards