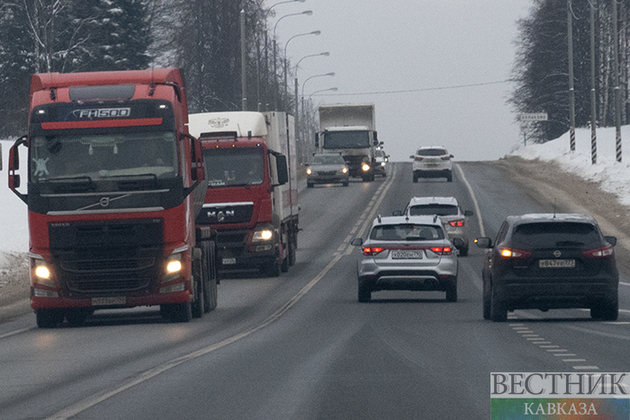 The Ukrainian crisis has delivered a second major shock to the global economy after the coronavirus pandemic, The National Interest writes. With both the crisis itself and resulting sanctions disrupting trade relations, which had already been exacerbated by the pandemic, global transportation and insurance costs have gone up. As a result, global value chains in a wide range of major industries, including food, automobiles, construction, petrochemicals, and transportation, have all been affected. Business leaders and policymakers are increasingly realizing that there is an urgent need for alternative transportation and logistical routes. Yet with profound need comes unexpected opportunity, as many are realizing that the South Caucuses holds currently untapped potential in this regard, and is on its way to becoming an important transportation and trade hub.

A trade crisis throughout Eurasia

In addition to improving trade relations between the West and East, the trade volumes between China and the EU have been continuously increasing. Even during the pandemic, both imports and exports of goods have increased. But because the Russo-Ukrainian crisis has resulted in restrictions on transit links with Russia—the world’s largest country, as well as the country through which many trade routes pass—a trade crisis is unfolding throughout the Eurasian landmass. Some EU countries, along with the United States and Canada, have already begun to close their airports, seaports, and border to Russian transport carriers, exacerbating the situation.

Compounding this situation is that previous border crises between Poland and Belarus had also raised questions about the reliability of transport corridors passing through these areas. Though some of the sanctions imposed on Russia and Belarus are hopefully temporary in nature, it is hard to say for sure. Ultimately, sanctions and trade relief will depend on the results of the ongoing crisis. Nevertheless, it is obvious that the current situation has already pushed global transportation companies to think about more stable and alternative routes. It is no coincidence that the possibility of increasing freight traffic through Central Asia, Azerbaijan, Turkey, and Georgia—which is seen as a reliable alternative route—is being discussed by experts.

Coincidentally, the region’s enormous potential as a reliable energy supplier is also experiencing newfound interest in light of recent geopolitical developments. Both existing infrastructure and brand-new initiatives show that the Central Asia and South Caucasus regions have untouched potential to serve as reliable energy and trade corridors. Even more interesting is that the South Caucasus benefits from geography: the region is located between two major countries (Iran and Russia) that are already under Western sanctions. Frankly speaking, the choice of going through the South Caucasus instead of either sanctioned country is a no-brainer.

Moreover, diversifying existing trade routes serve the best interests of all parties. With global supply chains so thoroughly shaken after the various recent global shocks, it has become obvious that preserving the vitality of the global economy—especially from any potential future crisis—will depend on stakeholders finding new transport and logistics routes. With all this in mind, surely both the South Caucasus and Central Asia stand out as the only sustainable transit opportunity.

Because of all the aforementioned developments, the importance of bilateral, trilateral, and multilateral agreements in terms of developing the South Caucasus route has been increasing. It is no coincidence that increasing requirements for the development of the Trans-Caspian International Transport Route (TITR), also known as the Middle Corridor, through the Caspian region requires taking concrete steps. Such is the importance of such that this issue has been repeatedly emphasized by regional leaders, especially by Turkish president Recep Tayyip Erdogan along with his Kazakh counterpart. As a result, these countries, as well as Azerbaijan and Georgia, have already agreed to set up a joint venture which will address all issues related to tariffs, cargo declaration, the use of unified IT solutions, and the consolidation of transit cargo for the Middle Corridor. According to Gaidar Abdikerimov, Secretary-General of the TITR, this joint enterprise will be registered by early to mid-2023. Under this new framework, the joining of North-South international corridor with Caspian seaports, and expanding the corridor to include Iran, Gulf countries, North Africa, and India are planned. At the same time, up to additional 150,000 containers and about 35,000 cars are planned to be transported via Central Asia, Azerbaijan, and Georgia. Obviously, these various reforms will contribute significantly to the further development of the Middle Corridor.

At the same time, Kazakhstan Railways and Azerbaijan Railways have signed an agreement of cooperation regarding logistics. Both sides discussed further developing transportation along the Middle Corridor, as well as outlined the need to enhance work on increasing throughput and reducing transit time along the route. Cargo turnover through the TITR in 2021 amounted to 586,200 tons, whilst container traffic reached 25,200 twenty-foot equivalent units, or TEU (a term used to describe standardized container units). These figures are rather low in comparison to cargo freight between the EU and China. Nevertheless, the current infrastructure reforms in the region will further increase the existing potential for this transportation route. In fact, container traffic has increased by 2.8 times in the past four years.

Finally, it should be noted that both Iran and Azerbaijan are preparing to work on a road project through Iran to Azerbaijan’s exclave of Nakhchivan, and from there, to world markets. To facilitate this, both Azerbaijan and Iran recently signed a memorandum of understanding on the establishment of new communication links, which includes the construction of relevant infrastructure for transportation channels. Both parties plan to build a checkpoint at the border, which will be able to receive at least 1,000 cargo parks (export, import, and transit goods) with 500 entrances and exits per day. This is a sizeable expansion, and adds yet another transportation corridor to the mix. Additionally, along with a new logistics project with Iran, the opening of Zangezur Corridor through Armenian territory is on agenda as well. The issue is somewhat contentious, given the state of relations between Armenia and Azerbaijan in light of the 2020 Nargono-Karabakh War. Nonetheless, reopening both railways and highways through Zangazur Corridor was discussed by both countries’ leaders in Brussels earlier this month on April 6. Azerbaijan by itself has already taken measures to increase its shipping capacity and plans to increase the volume of cargo transportation across the Caspian Sea in the coming years.

It is clear that the most important aspect of the South Caucasus, especially Azerbaijan, in the transit routes of the Eurasian region is that it is not subject to any international limitations or restrictions compared to other routes. If anything, previous, successful mega projects such as the Baku-Tbilisi-Kars railway, the Baku-Tbilisi-Ceyhan pipeline, the South Caucasus Pipeline, and others demonstrate that the region is open for business.