Switching to rubles in trade with Russia will boost Egypt's economy 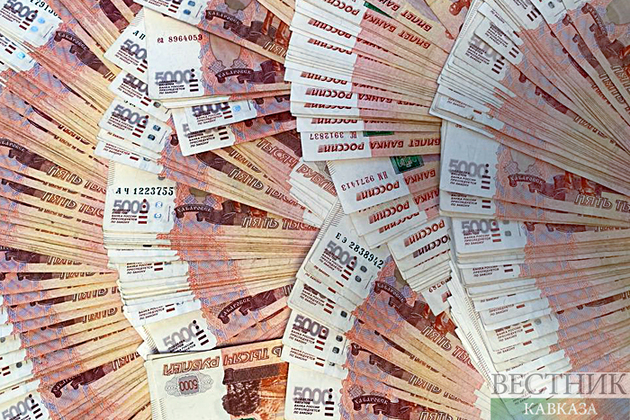 Russia’s announcement that it is working on a mechanism to settle payments for grain exports to Egypt in roubles instead of dollars could alleviate some pressures on Egypt’s dollar-strapped economy, analysts have said, The National writes.

According to Russian Deputy Prime Minister Victoria Abramchenko, Moscow is keen to try out the mechanism with Egypt, its biggest wheat buyer, following a similar deal recently struck with Turkiye. The Bank of Russia, the country's central bank, announced on January 18 that it had set an official exchange rate for the rouble against nine foreign currencies, which aside from the Egyptian pound, included the UAE dirham and the Qatari riyal. The bank’s announcement marked an important step in Russia’s plan to collect payments for commodity sales in its domestic currency, Ms Abramchenko said. The move is a response to western sanctions.

The development was met with some optimism from several Egyptian economists. They said that switching to the rouble would reduce Egypt’s reliance on the US currency, something that could be a boon now as the economy reels from a dollar shortage. Following the Bank of Russia’s announcement, Alaa Ezz, secretary general of Egypt’s chambers of commerce union, told a talk show the switch would “be positive for the Egyptian pound and will reduce our reliance on the dollar”. Mr Ezz's sentiments were echoed by other prominent economists including Mustafa Abu Zaid, director of the Egyptian Centre for Economic and Strategic Studies and Youmna El Hamaki, an economics professor at Cairo's Ain Shams University.

Because Egypt’s imports from Russia comprise essential commodities such as wheat, some economists are also hopeful that paying for it in roubles, which they consider more stable might also save essential imports from the price fluctuations caused by the dollar shortage.

The Egyptian pound has fallen 46.8 per cent against the dollar since the central bank moved to a more flexible exchange rate under the terms of an International Monetary Fund financial support package.

“Russia is an important exporter of not just wheat but other essential components that go into a wide range of industries in Egypt," Tarek Metwally, a prominent economist, told talk show host Lamis El Hadidi on Sunday night. "So switching to paying for them in roubles will be beneficial to Egypt. However, whether the switch is going to alleviate all the pressures from the dollar crunch, that’s less likely.”

Because Egypt’s trade with Russia accounts for between three and four per cent of its gross domestic product ($4.7 billion in 2021) Mr Metwally did not expect that switching to the rouble would go such a long way to removing the Egyptian economy’s reliance on the dollar. “You’ve still got around 96 per cent of Egypt’s trade being conducted in US dollars. Most countries in the world export goods in exchange for dollars and most foreign reserves in the world are in dollars,” he said.

To use the mechanism, Russia will most likely have to supply roubles to Egypt in exchange for pounds, Mr Metwally said, which could in turn increase Cairo's overall exports to Moscow. “The mechanism, if implemented, will increase the amount of Egyptian pounds in the Russian economy, which they would use to import more Egyptian goods,” he said. “That, coupled with the fact that a lot of countries are not dealing with Russia right now because of sanctions, constitutes an opportunity for Egyptian exporters.”

The switch could also invigorate Egypt’s tourism, Mr Metwally said. Egypt was the second most popular holiday destination for Russian tourists in 2022.

He said that because Russians have been facing difficulties in getting dollars because of sanctions, fewer of them have been visiting Egyptian resorts, which usually collect fees in the American currency. The switch to using the rouble could also result in more Russians, even some who were unable to come before because of the dollar requirement, visiting Egypt, according to Mr Metwally, who suggested that Egypt’s rouble reserves could also be used to buy goods from countries that have friendly ties with Russia, such as India and Brazil.

As Vestnik Kavkaza previously reported, Russia has increased supplies of Stavropol grain to the Middle East. In addition, Russian grain will be processed at flour mills in Turkey and then delivered to poor countries in Africa.

LUKOIL to expand its presence in Egypt