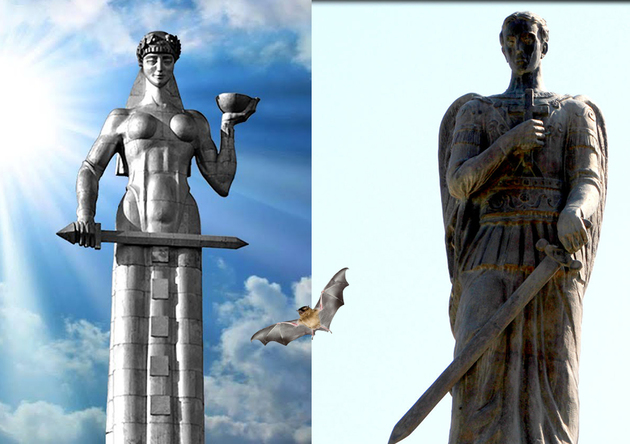 After an almost one-year break, Tbilisi and Tskhinval resumed contacts within the Incident Prevention and Response Mechanism (IPRM). The negotiations, which were interrupted on August 29, 2019 after the protest of the Ossetian side against the establishment of a Georgian police station without its approval, are traditionally held with the participation of the EU Monitoring Mission. Nothing special was expected from the new round of negotiations, but, taking into account the current situation, any contacts between the opposing sides are a good thing.

Tskhinvali and Tbilisi, as always, have claims to each other. The Ossetian side wants the Georgian one to "stop provocations." The last such provocation happened a few days ago: several cars drove up to the border, people who got out of them did something and hastily left, noticing that border guards were taking pictures of them. The Georgian side insists on stopping the abductions of Georgian citizens near the border, which is a "state" border, according to Tskhinval, and "administrative" border or "occupation line", according to Tbilisi.

Now the Ossetian security forces have two Georgian citizens - Zaza Gakheladze and Khvich Mgebrishvili. Gakheladze's story is generally common for the current Georgian-Ossetian incidents, not counting the fact that a Georgian citizen wandered to the "other side" was wounded by border guards. According to Tbilisi, Gakheladze and his friend were picking mushrooms. Tskhinval points out that mushroom pickers do not have guns, thus explaining the use of weapons by border guards, emphasizing that Gakheladze, who was slightly wounded in the leg, received the necessary assistance and was placed in a quarantine zone.

Much more non-standard and resonant was Mgebrishvili's case, who, after being arrested, said on camera that he had gone to Ossetian villages for ... "bat cocoons", as they cost a lot of money - 10 thousand dollars each. The authorities and the media started to speculate on this topic, linking Mgebrishvili with the US-funded Lugar lab in Tbilisi, biological sabotage, etc. According to them, the U.S. laboratory has been intensely interested in South Ossetian bats since about 2012. The statements are "backed up" by the testimonies of South Ossetian law enforcement officials about the facts of catching bats by the Georgian side. There is even a clarification - the bat project costs almost $3 million and is designed for 5 years. There is also a reminder: bats are included in the Red Book and catching them is punishable by imprisonment.

The South Ossetian Foreign Ministry accused Georgia of "dangerous military biological cooperation with the United States and other countries." "It is well known that international experts say that bats are the most probable cause of the COVID-19 pandemic," the ministry said in a statement, emphasizing that Khvichi Mgebrishvili's actions should be qualified as "a planned special operation to extract biological material - live bats, whose habitat is the territory of South Ossetia."

Biologist Valery Aslanov told Vestnik Kavkaza that he was sincerely surprised at the interpretation of what happened. In his opinion, Mgebrishvili is either not quite all there, or became the victim of someone's prank. "Cocoons and nests?! The habits of bats have not been studied deeply, but it is well known that they do not build nests and are viviparous! The arrested person is either a madman or someone deceived him, taking advantage of his illiteracy," Aslanov said. According to him, if this is a provocation on the part of the Ossetian security forces, then it was carried out rudely and illiterately: "Is there no one in Tskhinvali who has some knowledge of bat mating habits to stop this nonsense?!"

According to observers, the version "bat cocoons that cost $10 000" was probably thrown into the local society to exacerbate the Ossetian distrust of Georgians, but unexpectedly for its authors received a much wider resonance, which is unprofitable for Tskhinval on the eve of resuming negotiations with Tbilisi - when one claim is "nonsense", then the rest cease to look well-founded.

Thaw in relations between Russia and Georgia

Saakashvili: How the West sold out Georgia