The Japan Times shares story of US meddling in Russia 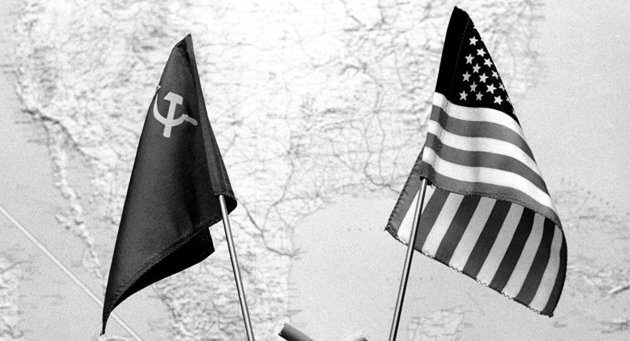 Media outlets who touted Robert Mueller’s fizzled Russiagate investigation daily for three years is warning that Russia is planning to do the same thing in 2020, The Japan Times writes in the article U.S. has long been a master at meddling in Russia. Be slightly afraid. Very slightly afraid.

“Our adversaries want to undermine our democratic institutions, influence public sentiment and affect government policies,” read a statement from top Trump administration security officials issued in November. “Russia, China, Iran, and other foreign malicious actors all will seek to interfere in the voting process or influence voter perceptions.”

Setting aside the question of whether it’s smart to take the U.S. government at its word — it isn’t — if Russia were to meddle in our domestic politics, we would have it coming.

To say the least. Throughout its history the United States repeatedly attacked, sabotaged and undermined the Soviet Union. U.S. interference was one of the major contributors to the collapse of that country in 1991.

During World War II the U.S. and the Soviet Union were allies against Nazi Germany but even after promising to jump in the feckless Americans dragged their feet for three years before getting into the war, content to stand down as tens of millions of Soviet citizens died. U.S. President Franklin Roosevelt “deliberately made the Soviet people shoulder the hardships of war and hoped to see the Soviet Union bled white,” a wartime commander named Ivan Kuzovkov told Tass news service in 1984.

In 1962, U.S. President John F. Kennedy took the world to the brink of World War III because the Soviet Union had placed missiles in Cuba. Yet two years earlier the Soviets shot down American spy pilot Gary Powers in what became known as the U-2 incident. There’s no question that the plane was over Soviet airspace. It was an act of war. But even at the height of the Cold War the Soviets chose to look the other way. Can you imagine what would happen if Russia had done the same thing to us?

In 1982 President Ronald Reagan approved an ingenious CIA operation to blow up a huge natural gas pipeline running across Siberia. “In order to disrupt the Soviet gas supply, its hard currency earnings from the West, and the internal Russian economy, the pipeline software that was to run the pumps, turbines and valves was programmed to go haywire after a decent interval, to reset pump speeds and valve settings to produce pressures far beyond those acceptable to pipeline joints and welds,” recalled a former member of Reagan’s national security council. The result was economic disruption, environmental catastrophe and “the most monumental non-nuclear explosion and fire ever seen from space.”

In 1983 Korean Airlines flight 007 — gotta love the subtlety of the number — was shot down over northeastern Russia after its pilot turned off the plane’s transponder and ignored orders to withdraw from militarily-sensitive Soviet airspace. KAL flight 007 had penetrated 587 km into the Soviet Union, a world record for “off course” aerial navigation. It’s impossible to know for sure but given the close ties between South Korea and the U.S. at the time it’s likely that the airline allowed the CIA to affix high-resolution spy cameras to the plane. They gambled the lives of the passengers on the assumption that the Russians wouldn’t fire on a civilian airliner.

Another Reagan-era project involved economic sabotage. Because oil and gas were major Soviet exports, the U.S. convinced Saudi Arabia to ramp up production of its own energy reserves. Oil and gas prices fell globally, the Soviet economy went into a tailspin and U.S. taxpayer compensated the Saudis for doing them a favor. If Russia had purposefully caused the 2008-2009 financial meltdown just to mess with us we would view it as an act of war.

In 1991 the U.S. got its way, the Soviet Union collapsed, and Russia transitioned to free-market capitalism. You’d think that the Americans would reach out to help. They did send money: bribes for the tiny clique of corrupt former bureaucrats, from whom soon emerged a new class of violent oligarchs. Ordinary Russians got nothing.

The Americans worked hard to destroy the Soviet Union. After they succeeded, when interference would have been welcome and appropriate, they left Russia to die.

When the U.S. worries about Russia messing with its internal politics it sounds a lot like psychological projection. Or just desserts.