The geopolitics of railways in South Caucasus 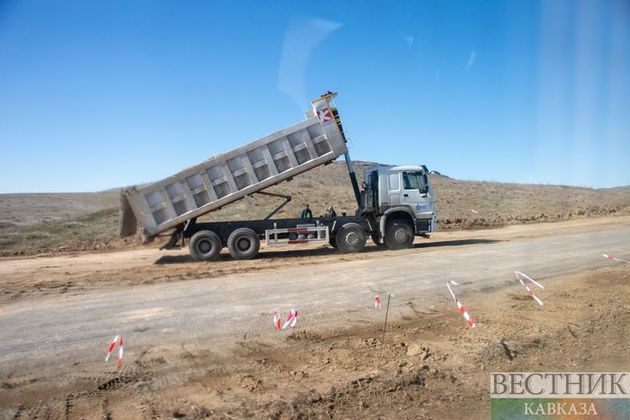 With several months from the signing of the trilateral agreement which ended the Second Karabakh War, it is important to look at how various stipulations are being implemented. Below the focus is placed on the evolving connectivity patterns in the South Caucasus. Caucasus Watch reports that in the South Caucasus new railways and trade corridors emerge, while abandoned routes are being revived. The primary drivers were Russia and Turkey. Both aspired towards deeper penetration into the South Caucasus through advancement of their respective railway and pipeline infrastructure as well as establishment of more intensive alliances.

Russians saw their influence curtailed because of the blockage of the railway links following the First Karabakh War of the early 1990s. For Moscow the conflict was an opportunity to upset the established blockages and revive Soviet-era connectivity. On January 30 a trilateral meeting of Armenian, Azerbaijani and Russian vice-premiers led to establishing the mechanism for unblocking transport infrastructure in Nagorno-Karabakh and the rest of the region. This was the stipulation from the November 2020 agreement which envisioned "unblocking of regional economic and transport links.” The meeting followed-up on established discussions on January 11, 2021, at a meeting in Moscow between the presidents of Azerbaijan and Russia and Armenian PM.

Though Russia’s Overchuk was cautious about possible results, some practical moves were made – the sides agreed to form expert groups. Still, the problem with the negotiation process is the existence of several alternative road and railway routes. Baku and Yerevan seem to be backing the opening of opposing corridors which depend on internal political, purely economic and military aspects. The restoration of the old routes follows Soviet patterns. For instance, there were two corridors from Azerbaijan to Armenia and both guaranteed the connection to Turkey via the Nakhchivan exclave. One route was from Ijevan, a town and urban municipal community in Armenia, and Yerevan, and the second – southern – one through Zangilan.

The two corridors were fully operational in the Soviet period, but were completely closed since the early 1990s, as a result of the Karabakh conflict. The closing of these routes constrained Russia’s and Turkey’s ability to penetrate the South Caucasus. Various economic and military conditions apply as to which side prefers the opening of one of the corridors. Armenia is more willing to open up the northern route, while Azerbaijan would support the southern alternative. From Baku’s perspective, the latter corridor would go through the newly claimed territories, as a result of the war, and a narrow swath of Armenian land which would make it easier to control security-wise.

For Yerevan the restoration of the northern railway section would be more profitable as most of the route is in working condition. The line runs through from Yeraskh, a village in Armenia’s Ararat province, into Nakhchivan then enters into southern Armenia to then enter Azerbaijan proper and heads north into Russia.

Over the past three decades, Georgia served as a major lifeline for Armenia as it connected the country to Russia. Trains from Armenia head only north to Tbilisi, and trade with Russia is made via the Georgian Military Highway. But the road is largely unreliable because it is often closed due to natural cataclysms such as snow and landslides. Though Armenian leadership has been searching for additional routes to the Georgian one, for the moment Yerevan seems to be more interested in the railway openings rather than road routes. After all, an alternative to the Georgian road route would be the one through Azerbaijan or some 900 km more, which would be less profitable economically for Armenian and Russian businesses.

Participants of the two January meetings in Moscow claimed that the opening of the routes would benefit all regional states, including Georgia, Iran, and Turkey.

In Georgia’s case the potential gains are not as clear cut though. The country benefits from being the only connection route between Armenia and Russia. Alternatives could naturally bite at transit revenues. To hold initiative Georgia might play the Abkhazia Railway card. Long-supported by Armenia and Russia, the opening of this Soviet-era connection would have to go through Georgia’s Moscow-controlled region of Abkhazia. This raises numerous questions as to which stamps – Georgian or Abkhazian – would have to be on official documentation. Furthermore, economic benefits from the project are far from clear as gains of using the railway for Armenia-Russia trade might not suffice to cover the restoration and operation of the route. Still, the Russians have been consistent in their efforts to have the connection come back to life. Various reports from previous years hinted at parts of the Abkhaz section being cleared and near-ready for operation.

If previously the opening of the Abkhaz section would bring about deterioration of Georgia’s relations with Azerbaijan and Turkey, because of probable Russian military supplies to Gyumri, today, following the Karabakh war, Tbilisi is unencumbered.  However, wider geopolitics might serve as a major obstacle. For Iran, the new arrangement following the war seems less favorable than to other regional powers. The proposed restoration of the rail connections from Azerbaijan to Nakhchivan limits the clout Iran has held over Azerbaijan for decades since 1994 when the First Karabakh War ended. Azerbaijan depended on Iranian transit to reach its exclave. Travel to the area has been possible only by air, or through the territory of Iran. This is likely to change. Iran, though it has been developing a direct railway line to Russia via Azerbaijan, the restoration of the Abkhaz railway would be seen as an additional tool to increase its connection to the South Caucasus. Beyond a direct reach to Russia, Iran would be also able to link to the Black Sea. However, this scenario is unlikely to be welcomed by Georgia’s major supporter – the US.

Ankara on the other hand comes out as a clear winner from the Moscow negotiations, without an official presence at the negotiating table. Both proposed railway lines give Azerbaijan a direct rail link to Turkey through Nakhchivan. Turkey has already announced its plan to build a new railway link to the exclave. Though there is no obstacle in terms of Armenian occupation of Azerbaijani lands around Nagorno-Karabakh, it is still unclear if Armenia will renew trade with Azerbaijan or Turkey once one of the railway links is operational.

Much remains to be found out in regard to the details for the revival of the Soviet-era railway lines, but the overall push towards this goal is now clear. Russia and Turkey will increase their ability to penetrate the region through various railways. Iran and Georgia will be gaining the least as both states benefited from the post-1994 arrangement, which no longer holds.

Russia seems to be successfully peddling the project of restoring Soviet-era railways. It would grant Moscow bigger tools to penetrate the region and most notably reach its ally Armenia via rail, an opportunity Moscow has been denied since the early 1990s. Turkey and Azerbaijan will also see advantage as both are likely to be directly connected again. Restored railways are likely to boost regional trade, but Armenia-Azerbaijan animosity will limit the opportunity. Revival of the routes will bring further pressure on Armenia’s Pashinyan from the opposition as he faces critical challenges to his position. It is also likely that Iran will increase the pace of work on its railway line to Russia via Azerbaijan to counterbalance its diminishing role in the region.