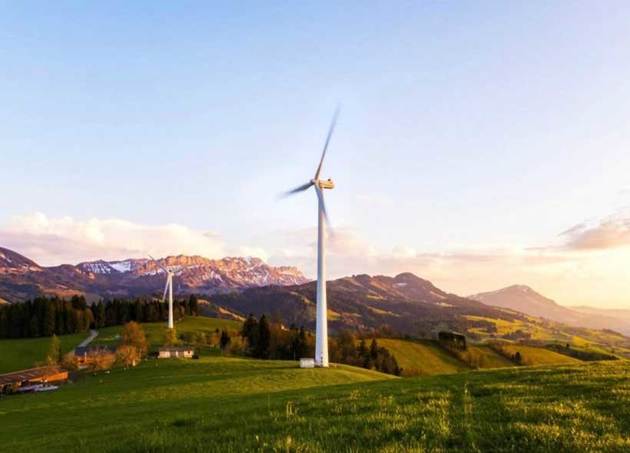 In the wake of 30 years of war, maintaining this fragile peace poses a significant challenge. An unprecedented opportunity for regional energy cooperation, however, unthinkable during the conflict, presents the first piece of the puzzle. Renewables are the second, Modern Diplomacy writes in the article The path to renewables is the path to lasting peace in the Caucasus. The implications of peace for trade normalisation and a cohesive regional energy strategy are clear. The entire region, indeed the world, stands to benefit. But perhaps the player with most to gain is Armenia.

Energy supply has long been a major problem for the landlocked nation, not least owing to an energy blockade imposed throughout its illegal occupation of the Nagorno-Karabakh region. It is primarily dependent on imported fossil fuels from Iran and Russia, but sources the remainder of its energy from the Metsamor Nuclear Power Plant – a soviet era relic, the only nuclear reactor in the Southern Caucasus, and widely regarded as one of the most dangerous nuclear plants in existence.

Like Chernobyl before it, the Metsamor plant is one of the few remaining reactors built without primary containment structures. Instead it relies on an “accident localisation system,” designed to handle small ruptures. In the event of a large rupture, the system would vent directly to the atmosphere. It is therefore unfortunate that – like Fukushima – the plant is built on some of world’s most Earthquake-prone terrain. In fact, a 6.8 Richter Scale earthquake had its epicentre just 60 miles from Metsamor, prompting the plant’s temporary closure in 1988. But it was reopened in 1995 to meet Armenia’s severe energy needs during the war. By 2004 the EU called the plant ‘a danger to the entire region’. In 2011 National Geographic openly asked: ‘Is Armenia’s nuclear plant the world’s most dangerous?’Indeed, the region is capable of anything up to a Richter 8 earthquake, which would result in a disaster many times more explosive than Chernobyl.

Today, Armenia depends on this nuclear time bomb for more than 30%of its total electricity, an amount so large that the EU’s offer to finance its decommissioning to the tune of 200 million euros ($289 million) was refused. The EU has similarly funded the decommissioning of soviet-era plants in Lithuania, Slovakia and Bulgaria. Metsamor is the last to remain outside of Russia. It is Russia in fact, that through Russian state loans has extended the plants operational life until 2026. But now, in light of peace, another path is possible.

The peace dividend – in the short term – could be to connect Armenia to Azerbaijani gas and electricity grids, whilst rapidly upscaling the enormous potential for this sunny and mountainous nation for renewable energy to permanently wean the country from dangerous nuclear generation on a seismic belt crisscrossed by fault lines.

The opportunities for geothermal, hydroelectric, solar and wind are already being realised. Just this summer, the European Bank for Reconstruction and Development, IFC, a member of the World Bank Group; and the EU announced they would support and fund the development of the first utility-scale solar power plant in Armenia, which will also be the first in the Caucasus. Moreover, according to Armenian environmental activist and Chairman of the Greens Union of Armenia, Hakob Sanasryan, much of the infrastructure is already in place. “If it were exploited better, it could satisfy Armenia’s energy needs,” he told the National Geographic shortly after the Fukushima nuclear disaster.

The trend to renewables is already underway in Azerbaijan too, despite its petro-state economy. Already the Caspian Sea – the world’s largest inland body of water – is home to nineteen hydroelectric plants, and Azerbaijan has constructed an additional six wind, six biomass and ten solar power plants in a record two years between 2018 to 2020, and with ambitious plans for renewables to meet 30% of its energy needs by 2030.

Devastated by decades of war, the Nagorno-Karabakh region must now be rebuilt. This will include the provision of electricity. Through cooperation, there is an opportunity for Azerbaijan and Armenia to repair a fractured region, meet their own energy needs and goals and begin their long journey down the path to lasting peace and prosperity. It will be a slow process. Wounds are deep and will take time to heal; the ceasefire was just the start. But mutual ambitions regarding renewable energy hold the promise of new industrial opportunities, job creation and sustainable economic growth –and more than that, the transformation of an historic enmity into a fruitful and long-lasting partnership.