The world is running out of sand 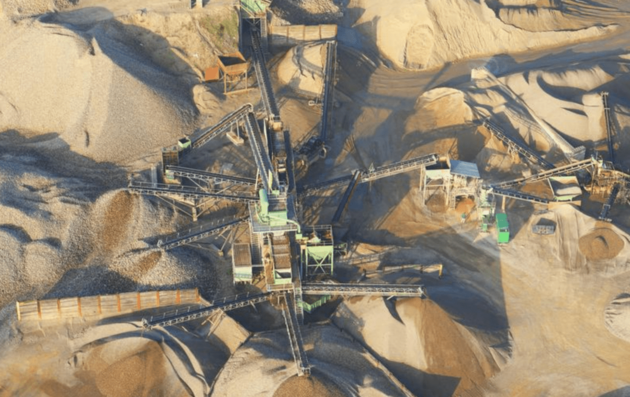 Sand is the primary substance used in the construction of roads, bridges, high-speed trains and even land projects. Who would think, that in this day and age, sand would become such a desired commodity, that it would give rise to a “Sand Mafia,” Asia Times reports. Strange as that may seem, the United Nations Environment Program (UNEP) has warned of said groups, which are comprised of of builders, dealers and businessmen known to be operating in countries such as Cambodia, Vietnam, Kenya and Sierra Leone. Activists working to shine a light on their activities, UNEP said, are also being threatened and even killed.

The reason being — the world is running out of sand. And no, we’re not talking about the sand blanketing deserts and lining coastlines around the world — you’ve probably seen photos from the Sahara and other regions. Desert sand grains, eroded by the wind rather than water, are too smooth and rounded to bind together for construction purposes. The sand that is highly sought after is more angular and can lock together. It is typically sourced and extracted from seabeds, coastlines, quarries and rivers. The problem, however, is that this resource is slipping away.

It goes without saying, our entire society is built on sand. It is the world’s most consumed raw material after water and an essential ingredient to our everyday lives. Sand is the primary substance used in the construction of roads, bridges, high-speed trains and even land regeneration projects. Sand, gravel and rock crushed together are melted down to make the glass used in every window, computer screen and smartphone.

Even the production of silicon chips uses sand. Yet, the world is facing a shortage — and climate scientists say it constitutes one of the greatest sustainability challenges of the 21st century. “Is it time for panicking? Well, that will certainly not help, but it is time to take a look and change our perception about sand,” said Pascal Peduzzi, a climate scientist with UNEP.

Peduzzi, who is the director of UNEP’s Global Resource Information Database in Geneva, Switzerland, described the global governance of sand resources as “the elephant in the room.” “We never thought we would run out of sand, but it is starting in some places. It is about anticipating what can happen in the next decade or so because if we don’t look forward, if we don’t anticipate, we will have massive problems about sand supply but also about land planning,” he added.

The UN estimates that 4.1 billion tons of cement is produced every year, driven primarily by China, which constitutes 58% of today’s sand-fueled construction boom. The global use of sand and gravels has been found to be 10 times higher than that of cement. This means that, for construction alone, the world consumes roughly 40 to 50 billion tons of sand on an annual basis.

That’s enough to build a wall of 27 meters high by 27 meters wide that wraps around the planet every year. The global rate of sand use — which has tripled over the last two decades partially as a result of surging urbanization — far exceeds the natural rate at which sand is being replenished by the weathering of rocks by wind and water.

According to an article published in the journal Nature, sand mining has helped push fish-eating gharial crocodiles in the Ganges river to the brink of extinction — fewer than 250 adults remain in the wild — and destabilized riverbanks in the Mekong whose collapse could force half a million people from their homes.

One reason the damage from mining has been ignored is that although sand is in objects all around us, it’s “hidden in plain sight,” said Chris Hackney, a geographer at the University of Newcastle in the UK, who studies the issue and co-authored the Nature article. “Ask people to name the most important commodity on the planet and sand is probably not the one that gets mentioned.” Ironically, Middle Eastern countries like Saudi Arabia import sand from as far away as Canada and Australia, DW.com reported. The 830m-tall Burj Khalifa, a skyscraper in the neighboring United Arab Emirates, was built using imports from the other side of the world.

Most of the demand comes from China, which made more cement in the three years from 2011 to 2014 than the US did in the entire last century.  India, the next-biggest cement producer, is projected to overtake China as the world’s most populous country by 2027. As people across Asia and Africa move to cities and the world population swells to 10 billion people by the middle of the century, demand for sand is projected to keep rising. And it’s not just for making concrete.

In 2011, 20 million cubic meters of sand was dredged from the sea floor on the coasts of the Netherlands to form a natural barrier protecting against erosion and climate change. Over the last half century Singapore has built artificial islands that have increased its land mass by a quarter using sand imported from Cambodia, Vietnam, Indonesia and Malaysia. Dubai’s artificial Palm Islands, visible from space, were made with sand dredged from the bottom of the Persian Gulf.

And then there’s the human cost. As sand prices have risen, police officers in countries from South Africa to Mexico have kept reporting dead bodies at the hands of miners. Nowhere is the violence worse than in India, home to the world’s deadliest “sand mafias.” Criminal gangs there have burned journalists alive, hacked activists to death and run over police officers with trucks.

A report last year from the South Asia Network on Dams, Rivers and People, an environmental group based in Delhi, counted 193 people who died through illegal sand mining in India over the last two years. The main causes of death were poor working conditions, violence and accidents.

While some miners dive to the bottom of rivers hundreds of times a day without protective clothing, and there are reports of child labor from India to Uganda, the industry has rarely been held accountable. “I’d say a grain of sand can be a grain of change,” said Kiran Pereira, researcher and founder of SandStories.org. “It is important to focus on good things that are happening. Zurich, for example, is building buildings with 98% recycled concrete. The city of Amsterdam has committed to becoming 100% circular by 2050 (and) they aim to halve their natural resource use by 2030. That is the way to go,” Pereira said.

The wake-up call on the global sand shortage, Peduzzi said, came in 2019 when governments recognized the environmental crisis for the first time and the issue was finally placed on the political agenda as a result of a UN resolution. Unfortunately, Peduzzi told CNBC that the challenge has still not been adequately addressed on the global stage. “It is still very much new. In many of the development policies, there is no-one even talking about this issue of sand, where it is coming from, the social impacts or the environmental impacts, so there is a lot of things to be done,” he continued. “It’s time to wake up.”