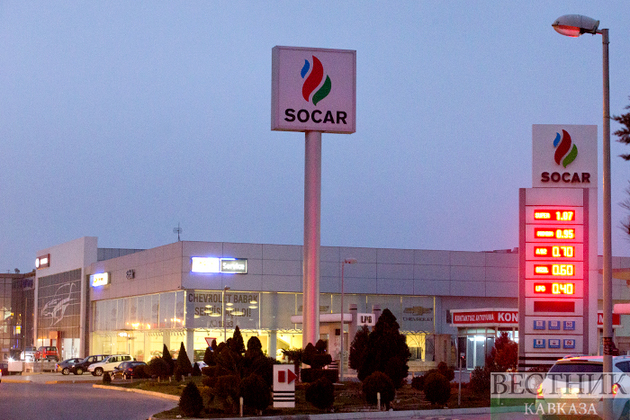 Following the liberation of Azerbaijan’s occupied Nagorno-Karabakh region, Baku is now looking to ensure the uninterrupted supply of natural gas to Nakhchivan with a project to be carried out in cooperation with Turkey that foresees the pipeline being laid this year. Under the project, the Turkish side will invest TL 100 million ($7.38 million) in the pipeline this year, Daily Sabah writes.

It is being built under the memorandum of understanding (MoU) on natural gas supply to the Nakhchivan Autonomous Republic that was signed between Energy and Natural Resources Minister Fatih Dönmez and his Azerbaijani counterpart Parviz Shahbazov at the end of 2020.

It will be constructed as a continuous line to the Iğdır Natural Gas Pipeline located in the easternmost Turkish province of Iğdır. The pipeline will be 82 kilometers (50.95 miles) long and will transfer the natural gas obtained from Azerbaijan to Nakhchivan. A safe natural gas supply will be provided to the Azerbaijani enclave as it had been before the Armenian occupation of Karabakh. The project will be carried out in cooperation with Turkey's Petroleum Pipeline Company (BOTAŞ) and Azerbaijan’s state energy company SOCAR. According to Turkey’s 2022 Annual Investment Program, the total investment budget allocated for the project is around TL 185 million that will be facilitated until 2023. Turkey, which will make TL 100 million of the investment this year, will make the rest next year.

The project, dubbed a big step that will be taken in terms of natural gas supply security and resource diversity of Nakhchivan, which has a population of up to 500,000 and natural gas consumption of 500 million cubic meters (mcm). The pipeline aims to deliver 1.5 mcm of gas to the region daily via Iğdır. A measurement station will also be established in Iğdır’s Dilucu district under the project. The station, which will be built on a large area of 20,000 square meters (215,278 square feet), will provide the flow balance of the line and ensure that the natural gas will reach Nakhchivan in the safest way. The Turkey-Nakhchivan natural gas pipeline is one of the latest examples of broader energy cooperation between Ankara and Baku.

There is currently the Trans-Anatolian Natural Gas Pipeline (TANAP) that allows Azerbaijani natural gas to reach Turkey and European markets. It was inaugurated in June 2018 thanks to successful cooperation between the two countries. Another pipeline, the 878-kilometer (545.5-mile) Trans Adriatic Pipeline (TAP), has also begun commercial operations. The pipeline represents the European leg of the Southern Gas Corridor and connects with the TANAP at the Turkish-Greek border at Kipoi then progresses across Greece, Albania and the Adriatic Sea before coming ashore in southern Italy.

Nakhchivan currently mainly depends on natural gas carried through its border with Iran based on swap operations with the country. Under the swap agreement between Baku and Tehran inked in 2004, Azerbaijan supplies gas to Iran's isolated northwestern border city of Astara and 85% of that volume flows to Nakhchivan. Renegotiating the terms of the agreement was also on the table for Baku.

In total, about 20% of Azerbaijan's territory – including Nagorno-Karabakh and seven adjacent regions – had been under illegal Armenian occupation for nearly three decades. As a result of the 44-day Karabakh war that started on Sept. 27, 2020, against the increasing attacks and provocations of Armenia, Azerbaijan liberated a large area of its lands from occupation. More than 300 settlements were liberated in the war, and as a result, a tripartite declaration was signed by the leaders of Azerbaijan, Russia and Armenia on Nov. 10, 2020.

TANAP Gets $1B In Funding