Turkey and Armenia close to normalization 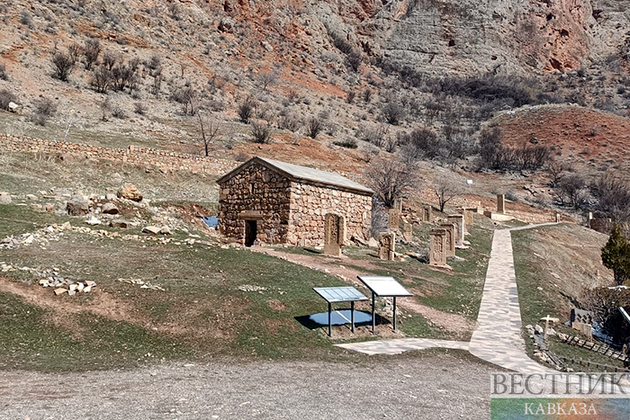 Last month, in a meeting in the southern province of Antalya, both sides agreed to move forward to establish diplomatic relations “without conditions” and continue normalization efforts that aim to reopen their borders for trade.

The dialogue started again in December when the two nations appointed special envoys to normalize relations. This move was backed by Russia and Azerbaijan as well. Russian Foreign Minister Sergey Lavrov said that Moscow welcomed the normalization of Turkish-Armenian relations. He also added that the reconciliation between the two countries will contribute to the region’s prosperity. Lavrov made these statements after he met with his Armenian counterpart, Foreign Minister Ararat Mirzoyan last week.

The normalization started after President Recep Tayyip Erdoğan and Armenian President Nikol Pashinian made public statements late last year, saying that they were ready for dialogue. After these statements, envoys were chosen reciprocally and consequently met in Moscow on Jan. 14 and Feb. 24. The agreement was to continue negotiations without preconditions. Flights also started to operate between Turkey and Armenia since then.

Actually, the normalization process dates back to 2009 when Turkey and Armenia signed a peace accord to restore ties and open their common borders, but the deal was never ratified. The border was closed in 1993 as a reaction to Armenian forces taking control of Azerbaijan’s Karabakh, previously referred to as Nagorno-Karabakh, and seven surrounding districts.

Turkish journalist Nagehan Alci writes: "I went to Karabakh in 2009 as a journalist and traveled around. I remember very well how desperate and lonely the city of Shusha was. It was the most beautiful city in the region once, and after the war, it turned into a ghost town. Now, with the victory of Azerbaijan in 2020 following a 45-day war with Armenia, Armenian forces lost control over most parts of these regions and this gave Baku the self-confidence that was damaged with the loss of Karabakh. That is the main reason behind the support of Azerbaijan for the normalization process.

I think opening the borders and normalizing relations will help both sides. Especially for Armenia, which is a landlocked country, it will be like oxygen. It is sad to see that the two nations who lived together for generations have closed their borders to each other. Armenians and Turks are more than friends. We share the same atmosphere, landscape, traditions and more. The tragic 1915 events should not be an obstacle for the relations anymore. It is important to empathize with the Armenians and feel their pain, but we need to move forward for a friendly and positive future for both nations."

Mass media: Turkey and Armenia to meet on normalization of relations in September