Turkey is winning back the Eastern Mediterranean 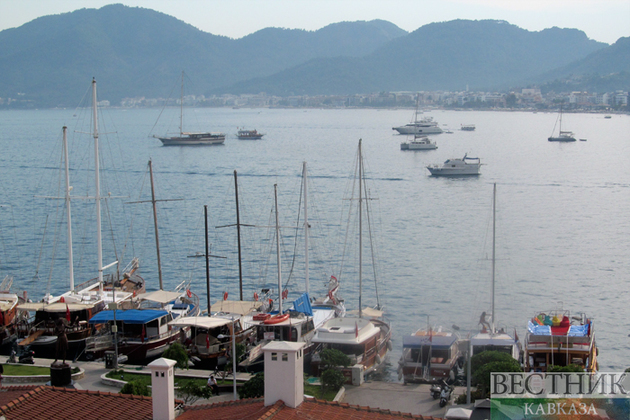 Before Israeli President Isaac Herzog makes his country’s first presidential visit in a dozen years to Turkey next month, he plans to stop in Nicosia and Athens to reassure those allies of Israel’s continued commitment. The order of the meetings is telling: Turkey, last on the agenda, is clearly the headliner, while Cyprus and Greece are opening acts.

The National News reports that Israel’s diplomatic nicety underscores the extent to which Turkey has strengthened its position in the Eastern Mediterranean in the past two years. In late 2019, the EU levied sanctions against Turkey for its exploratory drilling in waters claimed by the Republic of Cyprus, but which Turkey claims belong to the Turkish Republic of Northern Cyprus (TRNC).

Some weeks later, Ankara signed a maritime borders deal with Tripoli that essentially ignored the Greek island of Crete and sparked widespread criticism. The next summer, after a tense standoff of French and Turkish vessels near the Libyan coast, France suspended its Nato patrols in protest of Ankara’s aggressions. Then Turkey and Greece came to the brink of war due to a dispute over a tiny Greek island a few kilometres off the Turkish coast.

September 2020 saw the official formation of the Eastern Mediterranean Gas Forum, which sought to build a major pipeline to Europe. With Israel, Egypt, Greece, Italy, Cyprus and Jordan as members, the new alliance was widely seen as a counter to Turkey. The UAE and EU soon joined as observer states.

Also that September, the US lifted its long-standing arms embargo on Cyprus, enabling military shipments to the Turkish rival. Following Turkey’s purchase of S-400 missile defences from Russia, the US had evicted Turkey from its F-35 programme and many observers called for Turkey to be ousted from Nato. By the end of 2020, when former US president Donald Trump levied sanctions against Turkey for the S-400 purchase, Ankara's isolation seemed complete.

Fast forward 14 months and Ankara peers out at a new world. The race for Eastern Mediterranean gas reserves ended almost before it began, as a price decline and a pandemic-driven drop in demand rendered Europe an unlikely market. Washington underscored this shift last month when it dropped out of the EastMed Pipeline.

What’s more, Turkey boosted its regional energy stance with a sizeable gas discovery in the Black Sea, which is expected to come online next year. More recently, pro-government outlets report another major Black Sea discovery could be in the offing.

Ankara and Athens continue to snipe at each other, but for the past year, the two have regularly met for high-level talks, including this Monday, to settle a range of disputes. In northern Cyprus, Turkey has established a drone base and helped install an Ankara-friendly president. And since TRNC voters now prefer Turkey’s two-state plan to the bizonal federation they had long advocated, the two-state proposal is now part of official negotiations. Meanwhile, Nicosia has shifted from calling for sanctions on Turkey to focusing on confidence-building measures.

Perhaps most importantly, in recent months Turkey has been able to simultaneously improve ties with regional heavy hitters in Egypt, Saudi Arabia, the UAE and Israel. Last week, the UAE welcomed Turkish President Recep Tayyip Erdogan with great fanfare as the two countries signed more than a dozen co-operative agreements, mostly in defence and trade.

That rapprochement is already paying dividends in Libya. Turkish Ambassador Kenan Yilmaz last month visit­ed House Speaker Aguila Saleh in the country’s east, while the UAE named a new ambassador and reopened its embassy in Tripoli.

Despite the cancellation of the December elections, there seems to be momentum towards reconciliation, with Ankara and Abu Dhabi playing key roles. In addition, the US much prefers the continued military presence of Nato member Turkey in Libya to that of Russia, in the form of Wagner Group militants.

Even the Ukraine crisis has thus far helped boost Turkey's regional profile, as the US and Nato understand that a greater role for Turkey in the Eastern Mediterranean and Black Sea, and as Ukraine’s ally, can help contain Russia. Also, favouring Turkey in these theatres could help keep Ankara onside if war does erupt between Ukraine and Russia, as many expect.

Turkey is now in talks with Riyadh about its president visiting Saudi Arabia, while top Erdogan adviser Ibrahim Kalin stopped in Israel last week to lay the groundwork for Mr Herzog’s Turkey trip. The Israeli president is expected in Ankara March 9-10, and Tel Aviv has made clear that normalisation will not require Turkey to cut ties with Hamas, the Gaza-based, Muslim Brotherhood-linked terror group that has offices in Istanbul.

Anticipation for the summit is considerable, as it will mark the highest-level bilateral meeting since the 2010 Mavi Marmara incident, in which Israeli troops boarded a Turkish humanitarian vessel aiming to break the Gaza blockade and ended up killing 10 Turkish citizens. Some analysts have even suggested that Turkey might offer an alternative to the faltering EastMed Pipeline plan and help deliver Israeli gas to Europe.

Rampant inflation, growing public resentment and record numbers of Covid-19 cases still trouble Turkey at home, but beyond its borders, Ankara is riding high. It’s almost as if the past dozen years had been erased.

To top it off, just as Mr Herzog departs, Turkish officials will open the Antalya Diplomacy Forum. The March 11-13 summit expects high-level delegations from Greece, Egypt, Israel, the Council of Europe, Malta, Iraq and other regional players, perhaps including Armenia.

Turkey is suddenly poised to cement its renewed position of prominence in the Eastern Mediterranean and beyond. It’s all rather tenuous, and one wrong move could still derail this peace train. But since late 2020, what Ankara has achieved with a shift in approach, a dash of desperation and a bit of chutzpah is impressive, and shows just how fleeting isolation can be in this fast-changing geopolitical landscape.

Number of prerequisites for reconciliation between Israel and Turkey growing