Turkey may acquire Eurofighter Typhoon instead of F-16 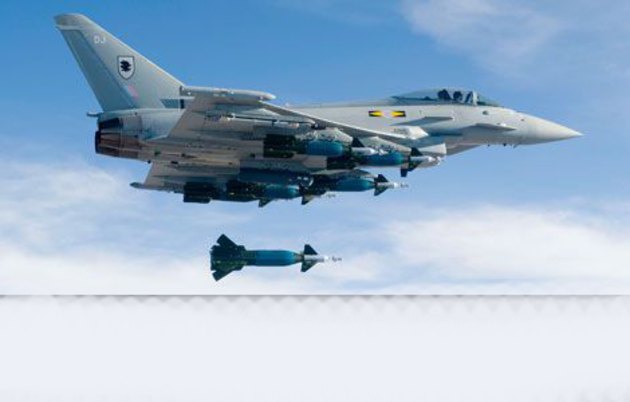 The Turkish government may be interested in buying Eurofighter Typhoon warplanes if its F-16 purchase request from the United States doesn’t progress, sources familiar with the issue told Middle East Eye.

Turkish Air Force Commander General Hasan Kucukakyuz last month visited the United Kingdom, the main producer in the Eurofighter consortium, and met Royal Air Force Commander Marshal Sir Mike Wingston. Kucukakyuz also inspected the UK Quick Reaction Alert that flies with Typhoon aircraft. “The Typhoons are very good, in excellent quality,” one source familiar with the internal considerations of the Turkish government told MEE. “They could be a stop-gap option until we get the fifth generation and locally produced TF-X in our hands, of course, if we cannot get the F-16s.”

In September, Turkey sent a letter of request on 40 F-16s and 80 modernisation kits to the US government after getting kicked out of the F-35 programme more than two years ago due to its purchase of the S-400 Russian missile defence system. Turkish officials say the US government encouraged them to make the request after contacting a junior Turkish diplomat in Washington to pass the information. “They even knew how many jets we are in need of and said ‘why don’t you make a request and see what happens?’" a senior Turkish official told MEE.

Ankara has been slow to submit the necessary paperwork but the people in Washington who closely follow the issue told MEE that US President Joe Biden would back the request so it is very likely that the deal will get through the US Congress, despite its generally unsympathetic stance on Turkey.  People familiar with the issue said the F-16 request may get through Congress after the June 2023 Turkish presidential elections, since the Biden administration wouldn’t like to appear as if it is doing favours for Turkish President Recep Tayyip Erdogan's administration.  However Turkey’s stance on Kurdish groups in northern Syria as well as Erdogan's veto on Sweden and Finland’s Nato membership might complicate the whole process and Turkey might not get the F-16s for a long time.  “The UK has been trying to sell the Typhoon aircraft to Turkey for a long time,” Ozgur Eksi, editor-in-chief of the defence website TurDef.com, said. “Italy, as part of the consortium, also tried its best a decade ago but couldn’t convince the Turks at the time who were focused on getting the American hardware.”

An opinion article that appeared on Turkish government-aligned Daily Sabah over the weekend said that the Eurofighter, which is produced by a consortium of the UK, Germany, Spain and Italy, “has a proven track record and is the backbone of the Allied air defence.”  The article claimed that F-16 approval is a coin toss and the Eurofighter is the best option for the Turkish military  going forward.

“Since its maiden flight in 1994, the Typhoon has been modernised and upgraded to be the most advanced swing-role fighter jet on the market,” the article said. “Its airframe has been designed to reduce radar cross-section and upgrades are enhancing the stealthy features of the aircraft. Sensor fusion, high situational awareness, cutting-edge avionics and electronics, super-cruise capability, and sovereignty over mission data, would provide the Turkish Air Force with a competitive advantage.”  Asked about a possible deal to sell Eurofighter Typhoon warplanes to Turkey, a UK Ministry of Defence spokesperson said: “Turkey is a Nato ally and an important friend to the UK. The UK regularly has conversations with Turkey about capability cooperation, just as we have similar conversations with other allies.”

A possible deal would need to get approval from Germany, Spain and Italy as well. Turkish-German ties are often fraught and Berlin has a traditionally cautious approach to Turkish weapons requests as it is still blocking the exports of some key materials for the Turkish arms industry.  The UK last month completely lifted all of restrictions on the export of defence products to Turkey that were brought in following Ankara's 2019 operation on northeast Syria. The source familiar with the Turkish government’s thinking said that the Turkish military could easily adapt itself to Eurofighter platforms but it would still require some legwork. “It isn’t going to be very easy, but compared to a non-Nato system, it will be smooth.”  Turkey and the UK have close defence relations through their Nato partnership, and there is industrial cooperation as well. UK engine maker Rolls-Royce and its local partner Kale are expected to supply an engine for Ankara's first indigenous fighter jet, the TF-X. UK-based BAE Systemsп is also closely collaborating with Turkish Aerospace Industries in the development of the jet, including its stealth technology.