Turkey normalizing its relations with its neighbors 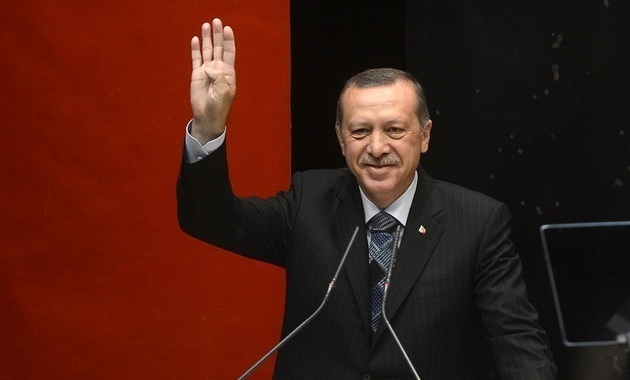 A new chapter for Turkey and the United Arab Emirates (UAE) was opened with President Recep Tayyip Erdoğan’s visit to the UAE last week. Erdoğan’s visit, which came after Abu Dhabi Crown Prince Sheikh Mohammed bin Zayed Al Nahyan’s (MBZ) Ankara visit in November, will open a way for the renewed cooperation between the two countries in trade and defense, Daily Sabah reports.

The move is significant since Turkey and the UAE had estranged themselves from each other for years over several issues, including the situation in Libya and the approach to the results of the Arab Spring. From Turkey’s side, the UAE supported elements of the July 2016 coup attempt and from the UAE’s side, the Erdoğan government was siding with forces against the established Arab regimes.

However, these problems seem to have been put aside, which I think is an advantage for both sides. The UAE needs a strong partner like Turkey in the region and Turkey benefits from the good relations in terms of economy and security. So, I see the rapprochement as a win-win situation for both sides.

Erdoğan’s visit “opens a new positive page in bilateral relations between the two countries,” Anwar Gargash, MBZ’s senior foreign policy adviser, said, adding that the meeting should be seen in the context of strengthening channels of communication with various countries in support of regional stability and cooperation.

UAE Economy Minister Abdulla bin Touq Al Marri stated that the economic relations between the two countries are founded on solid ground and continued to improve despite regional and international challenges.

There was a very big and prosperous welcoming for the Turkish president and his delegation. The world’s tallest tower, Burj Khalifa, featured a projection of Turkey’s flag and a grand reception was organized in Qasr Al Watan, the UAE’s presidential palace.

Erdoğan and MBZ arranged the signing of 13 agreements, including on trade, industry, defense, health, transportation and the climate. The boost to renew the relations will yield investment accords worth billions of dollars. Both sides encouraged their actors to engage in more cooperation, and Erdoğan called on business leaders to invest in Turkey.

In November, the UAE stated that it has reserved a $10 billion (TL 136.50 billion) fund to support mainly strategic investments in Turkey. Last month, the two countries agreed on the $4.7 billion swap deal in local currencies. The UAE said that it hopes to double or triple its trade volume with Turkey.

I think these are very positive developments for Turkey. Ankara is trying to accelerate its relations with many countries and overcome the existing problems, which I believe is to the advantage of Turkey.

Strategy at its best

Moreover, Israeli President Isaac Herzog’s upcoming visit will also be a good step in accelerating relations. I think that a Turkey having good relations with Egypt, the UAE, Israel and the rest of the world is much stronger and better off than a Turkey having troubles with its neighbors and countries in the region. The world is facing many challenges, from the Ukraine crisis to the economic problems stemming from the coronavirus pandemic and the accelerating tension between the U.S. and Russia. Since strategic partnerships and multipolar alignments are very precious in such a period of time, Turkey will continue to pursue them in the near future.