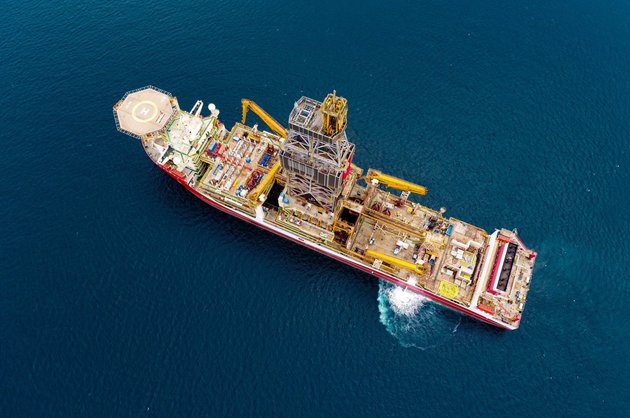 “Let us wait for June for the update. The works will be completed in June,” Energy and Natural Resources Minister Fatih Dönmez told the private broadcaster, A Haber. Sakarya gas field is quite large, Dönmez said. “It is a field we are hopeful about. New seismic data also confirm our hope ... We do not make statements until we are sure. These are big and important works.” President Recep Tayyip Erdoğan last week said the public should not be surprised if they announce a new natural gas find soon. “We are getting good news, and with these, do not be surprised if you get news on an oil or natural gas (discovery) soon,” Erdoğan said.

Engineering studies are ongoing to bring the Black Sea gas ashore. Turkey is determined to connect the gas to the nation’s transmission system by 2023. The first gas flow from the field is expected in 2023, with an envisaged annual gas flow of 5-10 bcm. The field is expected to gradually increase to reach a production plateau of around 15 bcm as of 2025, which is sufficient to meet 30% of the nation’s annual gas demand.

The country earlier said it planned to complete the drilling of 40 production wells in the Sakarya gas field by 2028. Yet, Dönmez said, “There is no need to wait for so many wells to be drilled for initial production.” “After the first five to six, we can get it into production. By 2027-2028, we will have reached the maximum level of production,” he added.

The reserve is expected to lessen the country’s dependence on Russia, Iran and Azerbaijan for energy imports. Turkey meets most of its natural gas needs through imports. The discovery is expected to significantly slash the import bill, which totals around $12 billion (TL 100.68 billion) annually.

The country imported 48.1 bcm of natural gas last year, marking a 6.5% increase compared to 2019 levels. The gas will be delivered to a facility in Filyos in northern Zonguldak province through an estimated 150-kilometer subsea pipeline that will be constructed. It will run from the field to the shore, where it will connect to the national gas grid.

Kanuni, the country’s third drilling ship that joined the fleet last year, earlier this month started to conduct deep-sea well tests at the Türkali-2 well, Dönmez said. He noted that Fatih is preparing for new drillings to prepare the field for production and Kanuni will be responsible for opening the wells to production. The Türkali-2 well will be followed by the Türkali-1 and Tuna-1 wells. Fatih carried out drillings at all three wells and Kanuni will be performing completion works and testing the boreholes.

Barbaros Hayreddin Paşa seismic vessel also arrived in the Black Sea last month and anchored at the Port of Filyos where it underwent maintenance works. The vessel “continues its 3D seismic studies in the Black Sea,” Dönmez noted. Barbaros Hayreddin Paşa is one of the two seismic vessels in the fleet along with Oruç Reis. Both have long been on duty conducting energy exploration activities in the Mediterranean. The drillship Yavuz has also been operating in the Eastern Mediterranean.

Elaborating on the exploration activities in the Eastern Mediterranean, Dönmez said the country may drill more boreholes in its search for gas in the Eastern Mediterranean. Turkey has already opened eight boreholes in the region, Dönmez said, adding that while there were signs of natural gas, there had been no economically significant discovery. “Our experts are checking data after each drill with the seismic data obtained previously. We could have several more drills close to the ones (boreholes) where we see signs of gas,” he added. “Time will tell, but we are hopeful. We evaluate that there is a potential,” the minister noted.

Three of the eight opened boreholes are in the areas where Turkey was granted licenses from the Turkish Republic of Northern Cyprus (TRNC), Dönmez said. "The others are in the areas of our own continental shelf. Seismic studies are also continuing,” Dönmez noted. “We have our own rights and interests in accordance with international maritime law, and we will make no compromise.”

Turkey and Greece have been at odds over a number of decades-old issues, including the extent of their continental shelves, overflights in the Aegean Sea and the ethnically split island of Cyprus. Turkey, which has the longest continental coastline in the Eastern Mediterranean, has rejected maritime boundary claims made by EU members Greece and the Greek Cypriot administration, stressing that these excessive claims violate the sovereign rights of both Turkey and the TRNC.