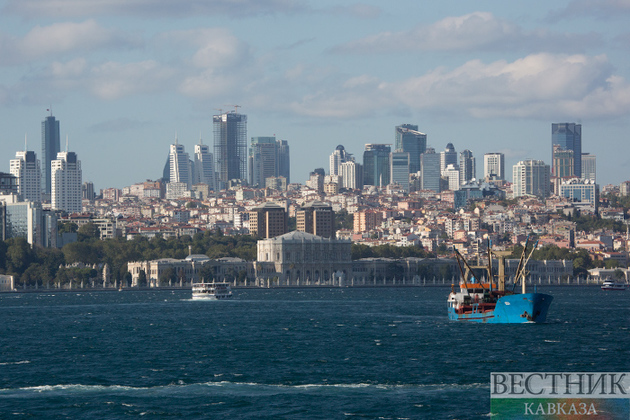 Turkey’s economy likely lost momentum to start the year as it absorbed a series of currency and inflation shocks. Juiced up by ultra-loose monetary policy, the $800 billion economy blazed ahead at a record pace when it emerged from the pandemic and has continued to expand at one of the fastest rates in the Group of 20.  But price and lira instability has a cost that’s now becoming more apparent, with gross domestic product growing last quarter at the slowest clip since 2020, Bloomberg reports.

When adjusted for working days and seasonal variations, GDP added 1.3% in the first quarter from the previous three months, according to the median of eight forecasts. Another poll indicated it expanded an annual 7.2%, down from 9.1% in the final quarter of last year.

Nudged by President Recep Tayyip Erdogan to drive down the cost of money, the central bank capped off last year with 500 basis points of monetary easing, a dollop of stimulus that came at a time when inflation was fast on the rise. While helping saturate the economy with credit, cheaper borrowing costs have only further stoked inflation and eventually undercut local confidence in the currency.

The situation may become more precarious as the year goes on because price pressures are intensifying while the lira -- already the worst-performing currency in emerging markets in 2022 -- comes under more pressure. It’s a dilemma for Erdogan, with risks mounting and just over a year left before elections. “With inflation at more than 70% year-on-year, consumption is slowing with slumping household purchasing power,” said Per Hammarlund, chief emerging markets strategist at SEB AB in Stockholm. “Nevertheless, while slowing growth is a headache for Erdogan, who is seeking reelection within a year, the main challenge will come from a potentially disorderly depreciation of the Turkish lira.”

Erdogan conceded last week that the economic policies his government has followed since 2018 have exacted a “heavy toll” in the form of a higher cost of living for citizens. To relieve the burden on households, Turkey increased the minimum wage by 50% in January and created incentives for new homeowners.

For now, industrial production and construction have held up well. Still, a gauge of manufacturing signaled contraction in March and April, while retail sales ended the first quarter with the slowest growth since 2020. Turkey’s economy is set to expand 3% this year, another Bloomberg survey showed, braking sharply after a gain of 11% in 2021. Headwinds ranging from geopolitics to a weaker lira will “cause a slowdown in the economy and form pressure on growth this year,” said Enver Erkan, chief economist at Tera Yatirim.

Turkey’s inflation slows for first time in over year