Turks and Armenians fly towards each other 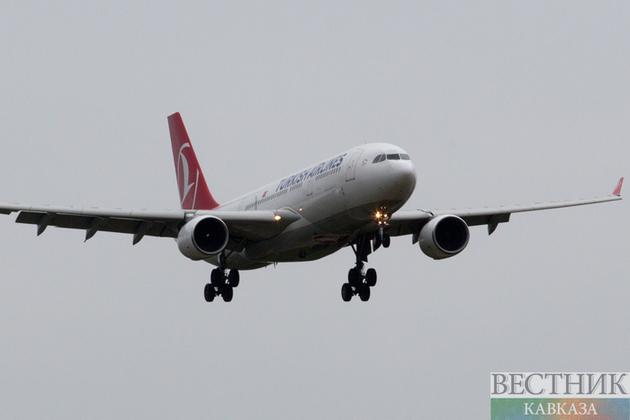 Passengers on Wednesday expressed happiness over the first flight that took place between Istanbul and Yerevan as Turkey and Armenia move to mend badly strained ties, Daily Sabah writes.

Last month, Turkey and Armenia held what both hailed as "positive and constructive" talks in Moscow, their first in more than a decade, raising hopes that normal relations can be established and their land border – shut since 1993 – reopened.

Turkey has had no diplomatic or commercial ties with its small eastern neighbor since the 1990s. The talks in Moscow were the first attempt to restore links since a 2009 peace accord that was never ratified.

"I am very happy. As Armenians we always side with peace ... The resentments should be left in the past," Diana Bulgadaryan, a dual citizen, said after her FlyOne Armenia flight landed in Istanbul.

"I hope the land borders will open this year as well," said Emirhan Samancı, the first passenger to check into a FlyOne flight from Istanbul to Yerevan. "In recent years there were steps to improve relations but they did not yield positive results. I hope this flight will be a good opportunity, " he told Reuters.

Turkey's Transport and Infrastructure Ministry said FlyOne Armenia, a subsidiary of the Moldovan low-cost airline FlyOne, and Turkish budget carrier Pegasus Airlines had been granted clearance for the Istanbul-Yerevan flights.

Hasan Karaduman, a Turkish passenger, said he used to travel from Istanbul to Yerevan via Georgia before the reciprocal flights resumed. Karaduman said he has been traveling between Turkey and Armenia for years. He traveled by land after direct flights were halted in 2020. "I have been meeting my friends there and doing some business," he told Anadolu Agency while waiting at Istanbul's Sabiha Gökçen Airport for the departure of the first flight to Yerevan International Zvartnots Airport after more than a two-year break. "The normalization process with our neighbor is good for all of us," he said.

Artashes Petrosyats, who lives in Paris and came to Istanbul to take the direct flight to Yerevan, said he was surprised to see people's interest in resuming flights. He said he was traveling to Armenia to visit his relatives."It's a good surprise. And I saw a lot of people asking for interviews. This is very good," he said. "We have to put our questions into perspective and develop a good relationship by visiting the countries and creating business opportunities. We have to sit and talk peacefully," he added.

Relations between Armenia and Turkey have historically been complicated. Turkey’s position on the events of 1915 is that Armenians lost their lives in eastern Anatolia after some sided with the invading Russians and revolted against Ottoman forces. The subsequent relocation of Armenians resulted in numerous casualties, with massacres by militaries and militia groups from both sides increasing the death toll. Turkey objects to the presentation of the incidents as "genocide" but describes the 1915 events as a tragedy in which both sides suffered casualties.