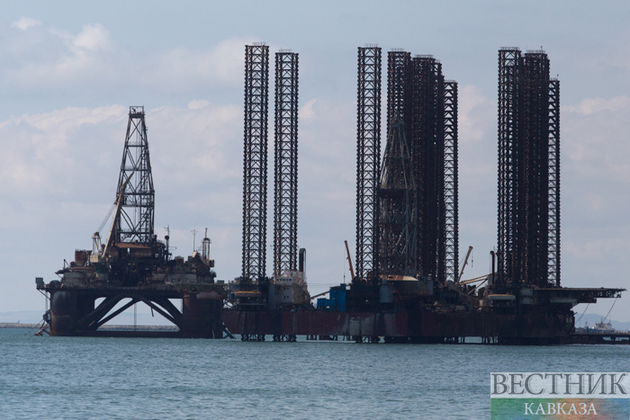 The Trump administration is considering intervening in the Saudi-Russian oil-price war, and Texas regulators are weighing whether to curtail crude production for the first time in decades, as U.S. producers suffer from a historic crash in prices, The Wall Street Journal writes in the article U.S. Considers Intervention in Saudi-Russia Oil Standoff. Administration officials are exploring a diplomatic push to get the Saudis to cut oil production and threats of sanctions on Russia aimed at stabilizing prices, after U.S. oil companies pressed them to intercede, people familiar with the matter said.

Meanwhile, the Texas Railroad Commission, which regulates the oil industry in the state, is examining potential limits on production there after several oil executives reached out to members requesting relief, people familiar with the matter said.

“We were hoping the Trump administration could use that tool in negotiations with the Saudis and also the Russians,” said Pioneer Natural Resources Co. PXD +1.28% Chief Executive Scott Sheffield, who said he has spoken with Texas Gov. Greg Abbott and regulators in recent days. “What I’m trying to do is prevent the oil-and-gas sector from disappearing over the next 18 months.”

The measures came as U.S. oil prices rebounded from their lowest level in 18 years with their largest one-day percentage climb on record, closing above $25 a barrel on Thursday.

Although it isn’t clear whether either will ultimately happen, the ideas represent a turning point in U.S. energy policy as the companies behind the shale boom, which has helped lift U.S. oil production to a world-leading 13 million barrels a day, come under extreme pressure.

“There’s never been a demand collapse like this in modern times,” said Daniel Yergin, the vice chairman of IHS Markit, and author of the Pulitzer Prize-winning oil history “The Prize.” “The fact that this is on the table is a sign of how dire the situation is for the industry.”

The Trump administration is looking broadly for ways to help the U.S. oil-and-gas industry as dozens of producers now face bankruptcy in the midst of a global pandemic. U.S. oil prices are down about 60% year to date.

President Trump has taken the oil industry’s advice once this month to intervene in markets, ordering the Energy Department to start buying crude to fill the country’s Strategic Petroleum Reserve. Earlier Thursday, the department said it would start soliciting bids on 30 million barrels, with more to follow until the reserve adds 77 million total barrels.

Administration and industry officials see diplomatic action as necessary to get Russia and Saudi Arabia to back down from flooding the markets with supply. The two countries this month ended a three-year pact to limit production and stabilize prices, leading Saudi Arabia to raise output to records and slash its prices to compete for shrinking global demand.

Either way, possible sanctions against Russia are in the works, the administration official and a second person familiar with the matter said, although the details of those possible sanctions and what Russian action might trigger them weren’t available.

Mr. Trump, however, said on Thursday he is “a little torn” on how to address the two countries and oil, but that he would intervene in oil markets at the “appropriate time.” He said consumers are benefiting from low gasoline prices even if crashing crude markets are hurting companies. And he indicated that Russia might be hurt the most if futures prices stay low. “We have a lot of power over the situation. We’re trying to find some kind of medium ground,” Mr. Trump said. “It’s very devastating to Russia because when you look, their whole economy is based on that.”

The U.S. has imposed sanctions on Russia’s oil sector by targeting advanced technology needed to produce from challenging reservoirs. It has also blacklisted the head of state oil firm Rosneft in regards to Moscow’s intervention in Ukraine and imposed sanctions on Rosneft’s trading units for handling banned Venezuelan crude.

But, like the Obama administration before it, the Trump White House has shied away from targeting Russian oil exports out of concern doing so could escalate diplomatic tensions that have simmered at levels not seen since the Cold War. The U.S. has also avoided a widespread ban on transactions with Rosneft because of the unintended consequences on companies in the U.S. and other allies across the globe who are partners with the state oil firm.

While U.S. benchmark crude prices rebounded Thursday, just one day after a plunge that was the second-largest one-day decline since 1991, the rebound still put prices at just $25.22 a barrel, near a 20-year low.

Oil companies and their trade groups have visited with officials at the White House, Treasury and Commerce departments asking for Trump administration help. A ramp-up in diplomatic intervention was one of the most common requests, along with purchases for the reserve, several people familiar with those meetings said.

But companies have had different agendas, and different priorities for the administration’s response. Several have been asking the administration to gather its allies in the Group of Seven nations to engage Saudi Arabia with a united front, several people familiar with the discussions said.

Harold Hamm, the executive chairman of shale-driller Continental Resources Inc. and the leader of the Domestic Energy Producers Alliance, was among those who personally lobbied administration officials and members of Congress for a diplomatic push, these people said. A spokeswoman for Mr. Hamm said he didn’t seek cooperation with the Saudis and didn’t know about the administration’s outreach strategy. He has been focused on getting the administration to do anti-dumping and/or countervailing-duty investigations of Saudi Arabia, Russia and potentially others for selling so much crude at “prices below market value,” she said.

Oil executives have also pleaded for relief in Texas, reaching out to the Texas Railroad Commission about the possibility of curtailing production in the state, something it hasn’t done since the 1970s.

Mr. Sheffield said he was seeking cuts of about 500,000 barrels a day of oil through year-end, with each operator cutting about 10% of output and an exemption for small producers. It is unclear whether regulators will ultimately act, but staffers are examining what would be required in such an event, people familiar with the matter said.

The Texas Railroad Commission was a model for the Organization of the Petroleum Exporting Countries, which has sought to control world-wide oil prices in recent decades. It oversees production in America’s most productive oil field, the Permian Basin, which straddles Texas and New Mexico.