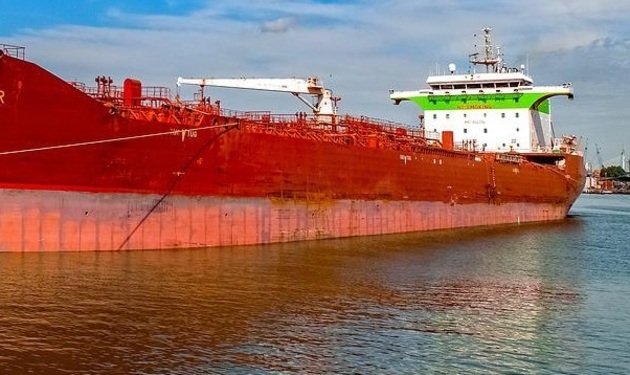 The US economy’s long era of cheap shale gas is showing signs of fading, with prices hitting the highest in more than a decade and Europe and Asia ready to pay more to import American supplies.

Financial Times reports that the Henry Hub natural gas benchmark settled at $8.415 a million British thermal units on Wednesday, more than double the price at the start of the year and far above the $3 average of the previous 10 years. A persistent source of demand are plants that liquefy the gas for export overseas. The coastal facilities, a critical piece of Europe’s plans to cut Russian supplies after Moscow’s invasion of Ukraine, have been running at maximum capacity during the rally.

Shale gas producers, whose headlong growth in the 2010s depressed prices and made US liquefied natural gas export projects viable, have also been slow to increase output in response to the market surge. Demand from LNG plants has averaged more than 12.3bn cubic feet of gas a day (equivalent to 127bn cubic metres a year) since the start of March — about 17 per cent more than last year and almost as much as is consumed by the US residential sector, according to Refinitiv.

More shipments are anticipated this year as Cheniere Energy expands an export plant in Louisiana and rival Venture Global opens one in the state. The Energy Information Administration forecasts LNG exports, which began on the Gulf of Mexico in 2016, will increase another 25 per cent between 2021 and 2022. Gas in the US remains far cheaper than in Europe, where prices were almost $37 a million Btu this week, or in Asia, where they were $23.5. The disparity creates an incentive to add more export plants.

US energy infrastructure companies NextDecade and Energy Transfer this week announced long-term gas sales contracts for two proposed projects in Texas and Louisiana, respectively. The US and EU recently signed an agreement in which the US would to ship 50bn cubic metres a year of added LNG to Europe by 2030, almost 50 per cent more than the US’s current export capacity. The extra LNG demand comes as US electricity consumption is on the rebound, driving domestic gas consumption.

Combined with sluggish production growth from shale gasfields, it has left US gas stockpiles at their lowest seasonal level in three years and well below the five-year average. “Inventories are low and exports are high because of Ukraine. And so prices are rising too,” said Andrew Gillick, energy strategist at Enverus, a consultancy. “It’s as simple as that.”

Consumers in the US are feeling the pinch

“But for LNG, the price of Henry Hub would be $3.50 a million Btu,” said Paul Cicio, president of the Industrial Energy Consumers of America, a trade group that has long criticised US LNG exports. Cicio said some of his group’s member companies had been trying to expand manufacturing capacity but could not because of higher natural gas prices.

Fertiliser, paper, cement and glass manufacturers were among those most exposed, he said. Some Democratic politicians have also urged a rethink of foreign sales of US gas that flows on LNG tankers and in pipelines to Mexico and Canada. In February, a group of senators wrote to US energy secretary Jennifer Granholm urging her to take “swift action to limit US natural gas exports”.

“We understand there are geopolitical factors and global and regional markets to consider,” the senators wrote. “However, the administration must also consider the potential increase in cost to American families because of higher export volumes.” Analysts say that as long as Asian and European prices remain elevated, heavy gas users in the US will continue to enjoy a competitive advantage. “For industrial consumers, [the US] is still a better place than the rest of the world,” said Peter Rosenthal, head of US power at consultancy Energy Aspects. Cheniere on Wednesday reported a jump in first-quarter revenue as it exported a record number of cargoes in the period, 75 per cent of them to Europe.

The biggest US LNG group also raised its profit forecast for the year by almost 20 per cent. The US gas price surge has been good news for shale producers. Chesapeake Energy, which went bankrupt in mid-2020, on Wednesday reported record quarterly free cash flow in the first three months of the year. EQT, the country’s biggest producer, last week raised its free cash flow guidance for the year by 50 per cent “given the positive fundamental backdrop for natural gas prices”.

But shale gas companies have been slow to boost production despite higher commodity prices. “Producers are not responding because everyone is so focused on capital discipline,” said Rosenthal, who added that a “Covid hangover” was still causing labour shortages and late winter outages in areas such as North Dakota were also hindering drillers. Research firm Rystad Energy said publicly listed shale producers this year would increase free cash flow — income left after subtracting for outflows and asset maintenance — 70 per cent this year, to a record high above $830bn. But their capital spending would rise only 11 per cent to $286bn.

The amount of cash from operations reinvested by shale companies this year would be just 26 per cent, compared with more than 70 per cent in previous years. Rising operating costs were another deterrent to a boost in supply, analysts said. “Well costs are going higher, inflation is rampant, margins are going to be crushed,” Gillick of Enverus said. “It’s not so easy to increase drilling, even if Europe needs the gas.”