US threatens Mexico with trade war 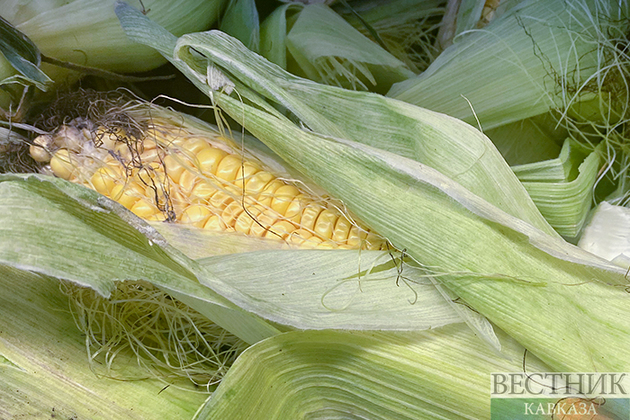 Mexico plans to ban genetically modified corn by 2024, adding another flashpoint to the two countries’ tensions over trade. More than 90% of corn grown in the U.S. is genetically modified, according to the National Corn Growers Association, The Wall Street Journal writes. U.S. Agriculture Secretary Tom Vilsack met with Mexican President Andrés Manuel López Obrador in Mexico Monday in an effort to resolve the dispute. In a statement after, Mr. Vilsack said if an agreement isn’t reached, “the U.S. Government would be forced to consider all options, including taking formal steps to enforce our legal rights” under the U.S.-Mexico-Canada Agreement.  That agreement, which took effect in 2020, was designed to ensure a level playing field in trade among the three countries and provides a framework for resolving disputes.

Mr. López Obrador said Tuesday that Mexico is sticking to its ban on genetically modified corn for human consumption, but that it offered to extend the deadline on yellow corn for livestock fodder by two years while its content is being studied. “We’re self-sufficient in white corn and we’re not going to allow imports of yellow corn for human consumption,” he said. The ban applies to both yellow and white corn. Mexico imports much of its yellow corn to feed livestock.  Both Messrs. Vilsack and López Obrador said they were still hoping to reach an agreement over genetically modified corn.

Mexico was the second-biggest market for U.S. corn exports in 2021, with $4.7 billion in corn exports, according to the U.S. Agriculture Department. Only China is a bigger importer of U.S. corn, buying almost $5.1 billion last year.

Lance Lillibridge, who grows corn in Benton County, Iowa, said he isn’t planning to switch to non-GMO seeds because of the threatened cutoff from Mexico.  “We’re not changing what we’re doing for next year,” said Mr. Lillibridge, who chairs Iowa Corn Growers Association. Even if there was enough non-genetically modified seed available, he said, it isn’t clear how that corn could be transported to Mexico separate from genetically modified corn.

The dispute over genetically modified corn adds to recent trade friction between the U.S. and Mexico over energy policy.

In July, U.S. Trade Representative Katherine Tai requested dispute-settlement consultations with Mexico under the USMCA trade agreement, saying Mexico was favoring its state-owned utility and oil company at the expense of American businesses. Ms. Tai is scheduled to meet with Mexican Economy Minister Raquel Buenrostro on Thursday in Washington, according to U.S. and Mexican officials. The two are expected to discuss both the rifts over genetically modified corn and Mexico’s nationalist energy policies, a Mexican official said. In December 2020, Mr. López Obrador signed a decree to phase out the use of genetically modified corn in Mexico by January 2024. The ban on genetically modified corn aims to protect Mexico’s native corn varieties and human health, according to the decree.

Most U.S. corn has been bred to make it resistant to insects, more productive and, more recently, tolerant to drought. It is also designed to be used with glyphosate, the most widely used herbicide in the world and the active ingredient in Bayer AG’s Roundup weedkiller.

In his 2020 decree, Mr. López Obrador also moved to phase out use of glyphosate, which is used on the majority of corn, soybean and cotton acres planted in the U.S. and is prized by farmers for its effectiveness and low cost compared with other chemicals. The Mexican government cited studies saying that glyphosate has adverse effects on the health of humans and some animals, and assertions by the International Agency for Research on Cancer that it is probably carcinogenic to humans, an assertion rejected by the U.S. Environmental Protection Agency.

Bayer lost three trials between 2018 and 2019 brought by Roundup users who said the product caused their cancer, but more recently has won a string of court cases. On glyphosate, Mr. López Obrador said last week that Mexico is still looking for a substitute before banning the weedkiller entirely. “We’ve limited its use, but we can’t cancel it just like that, because we need an alternative,” he said. While 2024 is more than a year away, corn growers are already choosing their seeds to plant next spring.

“This isn’t a buzzer beater—the clock has expired and genetically modified corn is in the system beyond the deadline of the decree,” said Angus Kelly, director of public policy at the National Corn Growers Association. “This should have been fixed a year ago.”

Critics of the proposed ban said it would cause food prices to increase further in Mexico by pushing up the price of corn and meat from animals whose feed would become more expensive.

A study prepared by World Perspectives, Inc. for a coalition of food and agriculture groups in the U.S. and Mexico found that the proposed restrictions would cause the average cost of corn to increase 19% in Mexico and tortilla prices to rise 16% on average. The National Corn Growers Association and lawmakers including Sen. Deb Fischer (R., Neb.) and Iowa GOP Sens. Chuck Grassley and Joni Ernst have urged Ms. Tai to intervene. “Despite overtures to the Mexican government for nearly two years, there is little indication from the country’s leadership that it will adhere to its commitments under USMCA,” the two Iowa Republicans wrote in a letter this month to Ms. Tai. The U.S. Trade Representative’s office declined to comment.

What the world to expect from 2019 third-quarter?