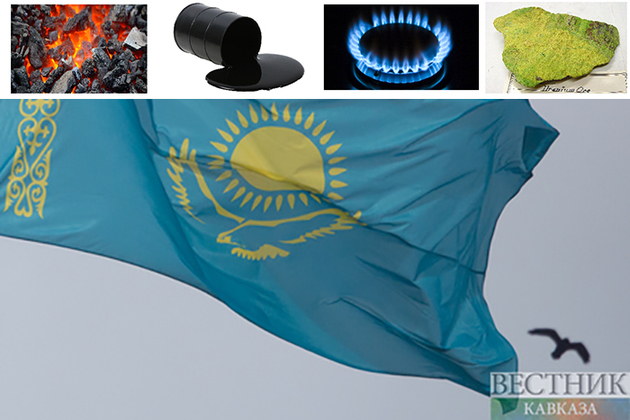 Years of stability in the country have pushed the resource-rich state's economy to grow manifold over the past two decades, propped up by billions in investments from global firms such as Chevron and France's TotalEnergies. At the beginning of January, Kazakhstan has been rocked by the worst violence that it has seen in its 30 years of independence. Days of unrest — sparked initially by a rise in fuel prices and eventually turning into an uprising against corruption and nepotism — prompted President Kassym-Jomart Tokayev to declare a state of emergency and request assistance from CSTO partners to stabilize the situation.

Investors expressed concerns that the social and political unrest could undermine Kazakhstan's reputation as a reliable investment destination. "FDI [foreign direct investment] is the golden goose", economist Timothy Ash, an expert on the region, said. "There is confidence the natural resource sector will remain relatively well insulated, and it is encouraging that there have not been major disruptions to energy and raw material production. An interesting question to ask is if the government efforts to quell the protests are very violent, will Western governments be pushed to roll out sanctions. I guess the West may well adopt a more pragmatic approach to Environmental, Social, and Governance issues, given Kazakhstan's importance for global supply chains".

Kazakhstan produces over 40% of the world's uranium, the main fuel for nuclear reactors, making it a key player in the global transition away from fossil fuels. Many governments, including in the European Union, are doubling down on nuclear energy as part of their plans to decarbonize their economies.

State-controlled Kazatomprom, the world's biggest uranium producer, has said the turmoil has had no impact on production or exports so far. However, uranium spot prices rose sharply last week amid worries that the unrest could lead to a major disruption in production.

"Any curtailment of supply from Kazakhstan will clearly be felt across the globe," said Jonathan Hinze, president of nuclear fuel market consultancy UxC. "However, the nuclear fuel market is characterized by very long lead times, so nuclear utilities and upstream processors in the nuclear fuel cycle all hold significant pipeline as well as strategic inventories, which helps insulate them against any near-term supply disruptions."

Cameco, a major Canadian uranium producer and Kazatomprom's joint-venture partner, warned that any disruption in Kazakhstan could be a "significant catalyst in the uranium market." "If nothing else, it's a reminder for utilities that an overreliance on any one source of supply is risky," a Cameco spokesperson said in a statement.

Kazakhstan, which supplies 20% of Europe's annual uranium needs, has emerged as an outsized player in the uranium market thanks to low costs of production in the country, a key factor for uranium producers in a post-Fukushima world.

However, uranium prices have made a comeback in the past few years as countries bet on nuclear power to tackle climate change. "The recent issues in Kazakhstan could certainly give a big boost to producers outside of Kazakhstan as utilities look to diversify away from overreliance on Kazakh uranium," Hinze said.

Kazakhstan, a member of the OPEC+, is the biggest oil producer in Central Asia, extracting about 1.6 million barrels of oil per day. Most of the fossil fuel it produces is shipped abroad, including to the European Union and China. The country has the 12-highest proven oil reserves in the world with 30 billion barrels of crude oil reserves.

The country is also among the top coal suppliers, producing 108 million tons in 2018.

The hydrocarbons sector has attracted about 60% of foreign direct investment (FDI) in Kazakhstan since 1991 and accounts for more than half of the country's exports revenue. Global oil majors such as ExxonMobil, Chevron, Italy's Eni and France's TotalEnergies have invested billions of dollars in the country over the years, helping foster its oil and gas growth.

In 2018, the country was the world's ninth-largest exporter of coal and crude oil and 12th of natural gas, according to the International Energy Agency. About 80% of Kazakhstan's annual oil exports are shipped to the European Union.

The current protests have yet to impact production at Kazakhstan's largest three oil fields — Tengiz operated by a Chevron-led consortium, plus Shell-owned Kashagan and Karachaganak.

"The unrest is coming at a time when OPEC+ is struggling to hit its quotas which is keeping upward pressure on oil prices. Should we see further outages, prices could climb above their October peak and, depending on the level of disruption, triple-digit prices may not be far away," Craig Erlam, senior market analyst at OANDA, said.