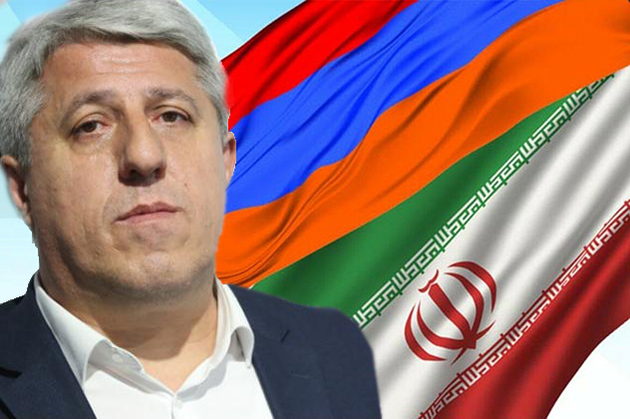 Communications between Azerbaijan and Armenia on the permission of the Azerbaijan civil aviation flights were partially unblocked yesterday. But it turned out that not all the people are pleased with such a shy step towards peace. Head of the Persian Language and Literature Department Vardan Voskanyan, lobbyist of the most radical side of the Iranian political establishment, wrote on his Facebook page: “Giving access to Armenian airspace for an enemy’s aircraft was the worst signal which could be sent to Iran.”

Let us remind you that Iran had closed its airspace for Azerbaijani military transport aviation the day before Armenia opened its air corridor for Azerbaijan. Later, Azerbaijan and Armenian social networks were full of messages about Iranian airspace being closed for civil flights too. This message was neither confirmed nor denied in Baku or Teheran.

If the information about the Iranian sky’s short-term closure for Azerbaijan civil aircrafts was true or was a way to use a similar scenario, Yerevan’s decision to open the sky for Azerbaijan’s aircrafts was an unpleasant signal for Iran. Anyway, Teheran turned out to be “more catholic” than the Pope in its dispute with Baku and its worry because of “Armenian territorial integrity”.

The irony of the situation is – in the times when the Iranians block Nakhchivan trying to put pressure on Baku, the Armenians deblock it.

Vardan Voskanyan’s statement and alarmist publications in the Iranian mass media about Iranian troops entering Syunik if Armenian army leave* this region (*let’s call it: place it under administration of the third party) should be considered in the context of Teheran’s discontent in Armenia.

Iran ready to increase swap of Turkmen gas to Azerbaijan