On April 2, Armenia held the parliamentary election, in which a total of five parties and four electoral blocs were running. At the voter turnout of 60.86%, the ruling Republican Party of Armenia (RPA), which secured 49.12% of the vote, the Tsarukyan block with 27.32%, the Yelk block ('Way out') with 7.77%, as well as the Armenian Revolutionary Federation-Dashnaktsutyun (ARF-D) party with 6.57% entered the National Assembly.

The rest of the political forces (the Congress-People's Party of Armenia (PPA) bloc, Ohanyan-Raffi-Oskanian (ORO) bloc, as well as the Free Democrats Party, the Armenian Revival Party and the Armenian Communist Party) did not get the necessary minimum to enter the National Assembly. The election results were expected. Analysts predicted that these four forces will enter the National Assembly. But there were speculations that the Armenian Revival Party might become the fifth force, but it did not happen.

The key to the success of the ruling RPA, according to political scientists, was the figure of the new prime minister Karen Karapetyan, who actually led the entire election campaign of the party. Karapetyan himself did not run to the National Assembly. The unblemished image of the prime minister, whose name is not connected with the failures in the government's activities, is positively perceived in society.

The second most important factor is the administrative and financial resource, which was used by the authorities to its fullest. First of all, it is a pre-election bribe. If before it was part of a rich arsenal of power to ensure the desired election results, today, in connection with the new Electoral Code and electronic control over the election process, bribery of voters has become almost the only and most significant lever in providing the results necessary for the RPA.

Although the Prosecutor General's Office has a limited number of cases related to bribery of voters (perhaps the hidden and cautious nature of a mutually beneficial deal played an important role here), international observers have already voiced very worrying estimates related to bribery. The OSCE/ODIHR mission coordinator Ignacio Sanchez Amor stated that the April 2 elections were well organized, but they were influenced by bribery.

However, the RPA is not the only political force engaged bribery of voters. According to the vice-chairman of the Armenian National Congress, Levon Zurabyan, pre-election bribes were systematically distributed by the ARFD, the Armenian Revival Party and the Tsarukyan block.

The leader of the 'Tsarukyan' block, major businessman Gagik Tsarukyan is the most positively perceived figure among voters. The socio-economic problems, which are most urgent for the Armenian society, on which the whole electoral campaign of the bloc was focused, could become the key to the success of the bloc.

As for the  Yelk, it is possible that the most radical part of the protest electorate perceived this bloc as a power with radical views. Relatively new faces of the bloc's representatives has also played a role.

The Armenian Revolutionary Federation-Dashnaktsutyun party has a small but fairly stable electorate. 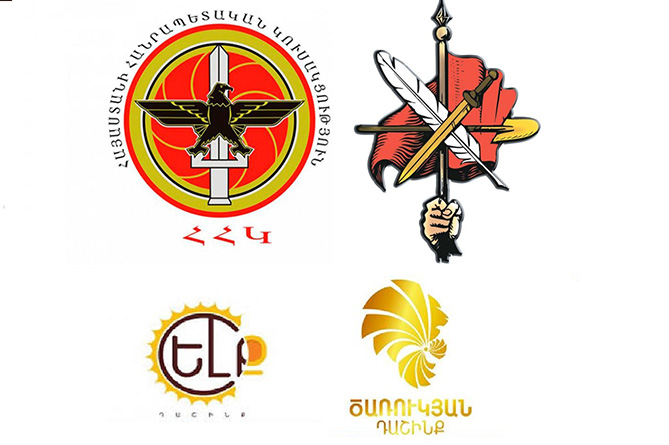 Today, there are all the necessary prerequisites for the ruling RPA to form a one-party government. Experts are sure that Armenia's foreign policy will not be changed. The country will remain a member of the Eurasian Economic Union, the CSTO, and will continue close allied relations with Russia. At the same time, Armenia will maintain friendly relations with the West, with many countries of the Middle East. It is expected to sign a new agreement on cooperation with the European Union in the political, economic, cultural and other spheres, on the parameters that do not contradict Armenia's obligations in its relations with Russia and the EEU membership.