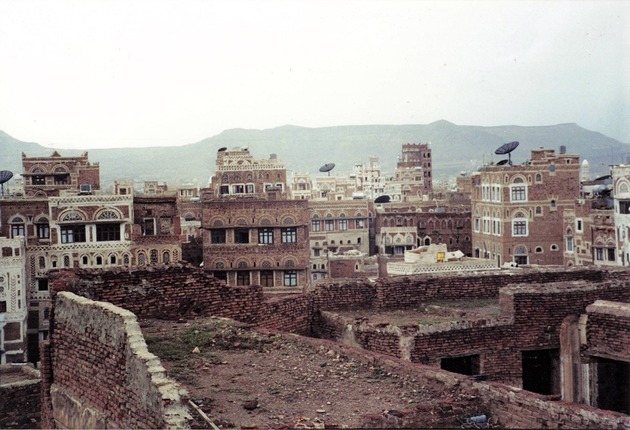 The US Senate rejected a resolution on Tuesday that would have prohibited the proposed sale of advanced medium range air-to-air missiles, missile launchers and other weapons and support to Saudi Arabia, Middle East Eye writes.

The vote was 67 to 30 against the resolution, which was introduced by Republicans Rand Paul and Mike Lee, as well as Bernie Sanders, who caucuses with Democrats. While many US lawmakers consider Saudi Arabia an important partner in the Middle East, members of Congress have also criticised the country for its involvement in the war in Yemen, a conflict considered one of the world's worst humanitarian disasters, and for its human rights record.

Saudi Arabia is currently facing weekly ballistic missile and drone strikes launched by Yemen's Houthi rebels. Last week, Timothy Lenderking, the US special envoy for Yemen, said that the Houthis had deployed nearly 400 such attacks this year. The US missiles approved on Tuesday will be used to arm the kingdom's fighter jets as they battle the Houthis' aerial barrage. Earlier on Tuesday, the Wall Street Journal reported that Riyadh has also urgently requested hundreds more Patriot interceptors from the US, as well as from Gulf and European allies, with its arsenal said to be worryingly low.

In a speech urging support for the resolution of disapproval, Sanders said: "Exporting more missiles to Saudi Arabia does nothing but further this conflict and pour more gasoline on already raging fire."

The weapons package, which was earlier approved by the State Department, and by leaders of the Senate and House foreign affairs committees, would include 280 AIM-120C-7/C-8 Advanced Medium Range Air-to-Air Missiles (AMRAAM) and 596 LAU-128 Missile Rail Launchers (MRL).

Those opposing the package have refused to approve military sales to the kingdom without assurances US equipment would not be used to kill civilians, Reuters reported.

Backers of the sale say that US President Joe Biden's administration has already barred US sales of offensive weapons to Saudi Arabia. "I completely agree with the need to hold Saudi leadership accountable for a variety of actions... but I also believe that it is important that our security partners know that we will uphold our commitments," said Democratic Senator Bob Menendez, chairman of the Senate Foreign Relations Committee.

A Saudi-led coalition intervened in Yemen in March 2015 after the rebel Houthi movement ousted the government from the capital, Sanaa. In February, Biden announced the end of US support for the coalition's offensive operations, in a major policy reversal from the previous administration that may alter the course of the conflict.

However, the Biden administration said earlier on Tuesday that it strongly opposed the resolution. Passage "would undermine the president's commitment to aid in our partner's defences at a time of increased missile and drone attacks against civilians in Saudi Arabia," the White House Office of Management of Budget said in a statement.

The Yemen conflict is described by the United Nations as the worst humanitarian crisis in the world, with the majority of Yemenis dependent on aid and millions facing hunger. A UN report published last month projected that the death toll from the war will reach 377,000 by the end of 2021, including those killed as a result of indirect and direct causes.

US sends another batch of military aid to Ukraine