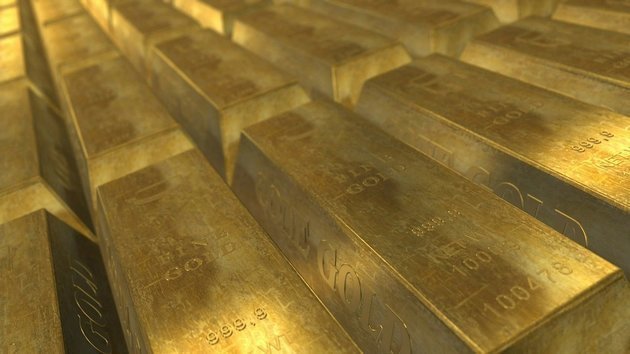 Gold is the go-to asset in times of financial distress. However, the level of gold reserves is different among nations. While there are nations that hold more than 60% of their international reserves in gold, there are many countries where gold is either absent or present in a minuscule proportion. According to 2021 data by the World Gold Council, there are 13 nations with no gold reserves and 14 with less than 1% allocated to gold, Nasdaq writes. Here’s an overview of five economies that have the largest forex reserves but no gold reserves.

Canada is a high-income economy with abundance of natural resources. Its economy is dominated by the services sector. The economy contracted by 5.2% during 2020, growing at 4.7% in 2021 as per the January 2022 IMF estimates. The $2 trillion economy was projected to grow at 4.1% in 2022 and 2.8% in 2023, but the current geopolitical events can result in changes in the estimates. Canada reported foreign exchanges reserves worth $106.61 billion as of December 31, 2021. Canada’s foreign reserves showed a small decline during 2022 and were seen at $102.89 billion as of February 28. Canada is the largest economy with no gold reserves. In 1980, the government implemented a policy of selling its gold at a gradual and controlled pace to enhance the return for the Exchange Fund Account (EFA). “Gold bullion is not considered as liquid as, for example, U.S. Treasury securities and, to the extent that physical delivery may be involved, could entail significant costs for secure transport and storage,” according to a 2019 statement of the Bank of Canada.  “As such, gold doesn’t fit well within the asset-matching framework.”

Norway is considered one the richest countries in terms of GDP per capita. The country is bestowed with natural resources, such as petroleum, hydropower, fish, forests and minerals. Norway is the third largest exporter of natural gas in the world, behind Russia and Qatar. Approximately 20-25% of EU gas demand is supplied alone by Norway. Natural resources, skilled labor and technological adoption have helped Norway achieve prosperity. In the present day, the size of its economy is around $445.51 billion. At the end of 2003, Norges Bank's gold reserves consisted of about 37 tons of gold, which included 3½ tons of coins and 33½ tons of gold bars. In 2004, Norges Bank sold gold bars in the central bank's gold reserves, with “the exception of seven gold bars reserved for exhibition purposes and 3½ tons of gold coins that were part of the ‘gold transport’ to England in 1940” as per Norges Bank press release. Norway’s foreign exchange reserves are divided into a fixed income portfolio and an equity portfolio managed by Norges Bank Central Banking Operations (CBO) and Norges Bank Investment Management (NBIM), respectively. Norway’s international reserves were $84.72 billion towards the end of 2021.

Croatia became the 28th European Union (EU) member country on July 1, 2013. Croatia is the third “high-income” country with no gold reserves with a GDP size of $68 billion. Around 67% of Croatia’s trade is intra-EU with Germany, Italy and Slovenia as the main destinations. In terms of imports, 77% come from EU member states, while outside the EU, 5% come from China and 3% from Bosnia and Herzegovina. Data from December 1999 shows that Croatia held around 13.12 tons of gold for a period of three months in 2001. This gold was received by Croatia from the Bank for International Settlements (BIS) as part of its share in gold assets of the former Socialist Federal Republic of Yugoslavia (SFRY). Regarding the sale of this gold in Parliament in 2016, the Governor of CNB said that “the Croatian budget would have received a billion kuna less in payments from the Croatian National Bank had we decided to keep in the reserves the gold inherited from the Bank for International Settlements.” Other than that, there is no presence of any gold reserves in its foreign reserves. The country’s foreign reserves stood at $28.31 billion at the end of 2021.

Azerbaijan is a resource-rich, upper middle-income country with a GDP size of $58.43 billion. The country is a part of the non-OPEC member countries group, which closely cooperates with the organization in the “OPEC Plus” format. The main goal of OPEC Plus cooperation is to reach a consensus on demand and supply in global oil markets. Crude oil and natural gas production and exports are central to Azerbaijan’s economy and government revenues. The country’s top non-oil exports include cotton and gold. Foreign reserves data from 2011 reveals that gold wasn’t a part of its reserves in 2011 and 2012. However, 2013 witnessed an addition of 20.02 tons, which increased to 30.17 tons in 2014 and maintained in 2015. The gold reserves were reduced to 20.02 tons in 2016. From 2017 and onwards, gold has not been visible as a part of its reverses when seen in quantity (tons). Although in terms of gold reserves in millions, a minuscule amount of $0.12 million gets reflected. The country’s overall foreign reserves at the end of 2021 were $8.31 billion. However, the foreign currency assets of the State Oil Fund of the Republic of Azerbaijan (SOFAZ) invest up to 10% of its investment portfolio in gold.

Costa Rica is a small, open economy in Latin America. It is classified as an upper middle-income country as per World Bank classification. Over the past two decades the country has seen reasonable growth and development, which primarily has been a result of outward-oriented strategy. The country has broadened its economy from traditional agricultural products and tourism to the production of high-tech exports. According to the Department of Commerce’s Bureau of Economic Analysis, U.S. foreign direct investment in Costa Rica was $2 billion in 2020. The U.S. is Costa Rica’s largest trading partner, accounting for approximately 40% of its exports and imports. Costa Rica is a land rich in gold. According to Newlox Gold, “Beginning in the 1930s, commercial mining operations began working gold deposits and a considerable rush occurred as new deposits were found. Many of these ores were exceptionally high-grade, with visible gold veins within the host rock. Large-scale mining produced considerable amounts of gold.” According to data for the last ten years, there has been no presence of gold in foreign reserves. Costa Rica’s foreign reserves stood at $7.57 billion at the end of December 2021.

The other nations that do not hold reserves in gold include Nicaragua, Cameroon, Armenia, Gabon, Turkmenistan, Congo, Chad and Eritrea.

Russia working on linking ruble to bullion and other commodities