What is unique about Azerbaijani model?

In 1991, the Supreme Council of Azerbaijan adopted the Constitutional Act on the “State Independence of the Republic of Azerbaijan from the USSR. How has Azerbaijan spent these 25 years? What successes has it achieved? What are the prospects of development of the Russian-Azerbaijani relations? These and other questions answered were discussed today by the participants of the round table in Moscow titled 'The Russian-Azerbaijani relations: 25 years of friendship and mutually beneficial cooperation'.

Ambassador Extraordinary and Plenipotentiary of Azerbaijan to Russia Polad Bulbul oglu reminded about the first years of Azerbaijan's independence: "Everyone remembers the Black January events in 1990, when the losing ground Soviet leadership, brought tanks and the so-called Soviet troops into the sleeping city. There are documentary shots, which clearly show that young people, dressed in a Soviet soldier's uniform have the long hair. I have never seen Soviet soldiers with such long hair. It was a great tragedy for the Azerbaijani people. And it has become a point of no return. Even the most loyal people who received their education in the Komsomol, the Communist party, those working in positions of responsibility understood that they cannot live in a country where they run over its citizens with tanks. People burned their membership cards. it became clear that the Soviet government, the Soviet system are doomed. It was a shock period of 1990-1991. Then the first wave of the Democrats came to power and a civil war almost started. The rebel colonel Suret Huseynov's tanks were 50 km from Baku. But the people found the wisdom and willpower to ask Heydar Aliyev, who was in Nakhchivan, to return and lead the country in the difficult period. Heydar Aliyev did it. I am a living witness of the difficult period when possessing a wealth of experience and a great reputation, Heydar Aliyev started to build a new state of Azerbaijan literally from scratch". 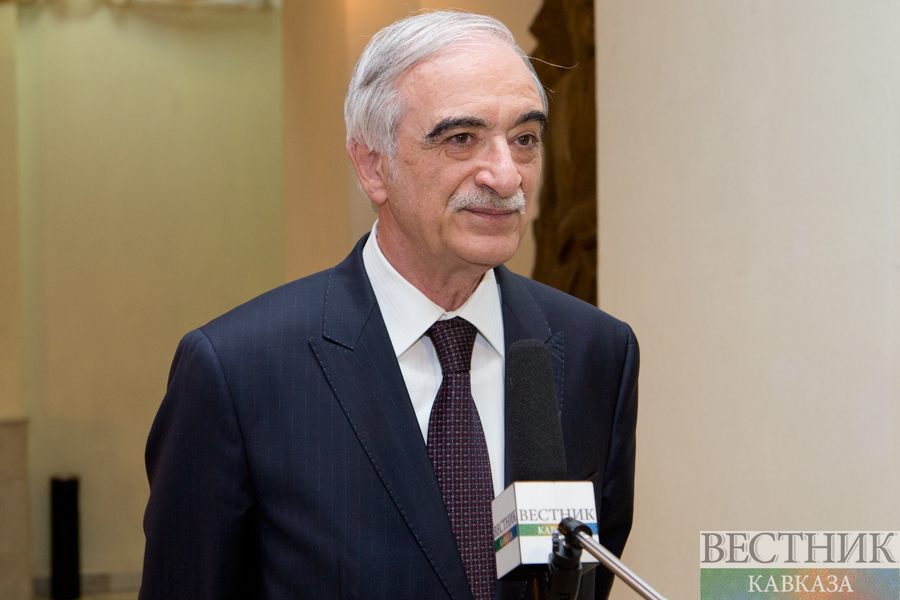 Now, according to Bulbul oglu, Baku takes into account the interests of neighboring countries: "These are Russia, Turkey, Iran and Georgia, however, we cannot find common language with Armenia, which committed an act of aggression and occupied 20% of Azerbaijan's territory. Despite the UN Security Council's four resolutions, despite the documents of the Council of Europe, PACE and other European institutions, despite the fact that the Minsk group, which is co-chaired by the world leaders, which give guarantees to address this issue- the US, France and Russia - has been working for many years, the issue is still being not resolved without the constructive position of Armenia".

The ambassador acknowledged that the consequences of the Karabakh conflict heavily lie on the Azerbaijani economy, on the people who lost their homes: "There are more than a million refugees in the country, almost one in eight people lost everything. It was a huge burden on the Azerbaijani economy, including purely psychological. At first, people lived in camps. Many times I have seen with my own eyes how hard it is for people to survive." 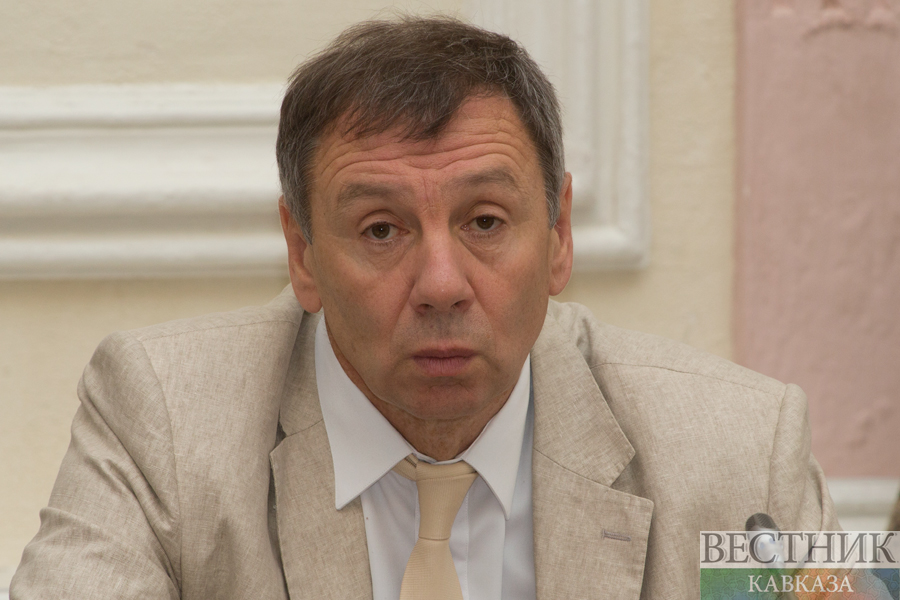 The director of the Institute of Political Studies Sergei Markov, divided the history of modern Azerbaijan into two periods - the establishment of statehood linked to Heydar Aliyev and development linked to Ilham Aliyev. According to the political scientist, Heydar Aliyev was able to solve the five major key tasks.

The first task was to end the war with Armenia. "Armenian troops entered the territory of Azerbaijan, occupied huge territories and intended to move further. As far as I understand, hotheads talked about the need to move to Baku. This war was stopped," Markov said.

The second task was to end the civil war and establish a strong political system focused on a strong leader who enjoys broad popular support.

The third task was to establish national control over key resources of the country, oil and gas resources. "Privatization was not admitted, and they chose the strategic partner in the form of transnational corporations, which will effectively extract oil and gas. And they were not given control over oil and gas companies, they were controlled by the state. At the same time, good relations have been built with the main transit countries, especially with Turkey and Georgia. This created an excellent basis for a sharp increase in the filling of the budget, which is used to solve other problems," the political expert reminded.

The fourth - Turkey became a strategic ally, which has helped Azerbaijan during all this time.

According to him, solving these five tasks has created a strong stable base for the future development, and on this basis Ilham Aliyev has solved the following five main objectives.
First, the rapid growth of the economy was provided and standard of living, sometimes it reached up to 20% per year.

Second, Azerbaijan was able to win considerable popularity and reputation in the world. "Baku is one of the main Eurasian areas, which holds various international conferences. Azerbaijan receives huge revenues from the growing tourism sphere, however, they had not only to build hotels and hold conferences, but also to ease the visa regime for Iran and Arab countries. This is a good and lesson for us as well," Markov believes.

Third, a strong army has been formed, which is much more powerful than it was before, and which is able to solve tasks of rebuilding the country's sovereignty on the whole territory. "However, it has not done it yet, waiting for a peaceful solution to the problem," the political scientist stressed.

Fourth, it creates a unique combination of modern Islamic society and secular institutions has been created. "Azerbaijan is both part of Europe and part of the Islamic world, part of the Russian world and part of the CIS, a key part of many transport flows and corridors. What is unique about Azerbaijani model? I think it is the plasticity, the ability to fit into the existing trends, including conflicting trends. This is one of the characteristic features. "

Fifth, the modern town was built, which meant a sharp increase in the quality of life. 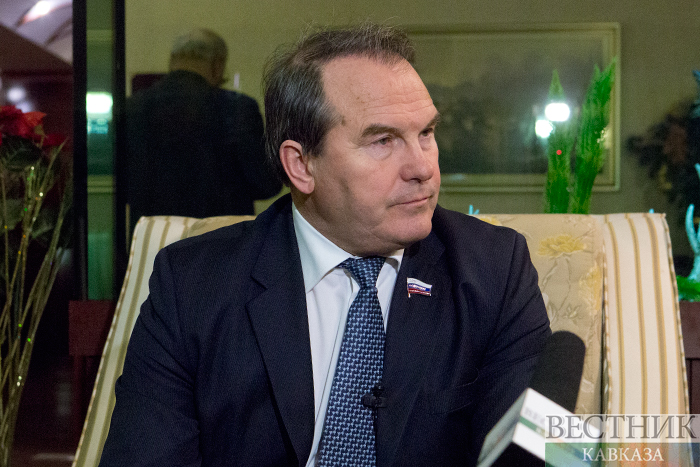 A member of the Federation Council Committee for International Affairs, Igor Morozov, also confessed his love to the capital of Azerbaijan: "Baku is a beautiful city near the Caspian Sea, which we all visit to see friends and relatives. I think that the number of tourists from Russia will continue to increase, because today Azerbaijan's tourism industry offers world-class service. When we were at the First European Games in Baku, we realized that world-class service has already been established there. Hospitality, charm, joy, respect for those who come to the country, are immediately visible. We are proud of our friends from Azerbaijan, which could create the conditions in the country and build relations with our neighbors in such a short time. We want these relations were of multifaceted, multi-level nature, and Russian language was supported like today". Morozov stressed that the Russian is a language of interethnic communication: "It is extremely important, including for young people of Azerbaijan, who visit us through academic channels. Every year the academic mobility between Russian universities and Azerbaijani universities increases". 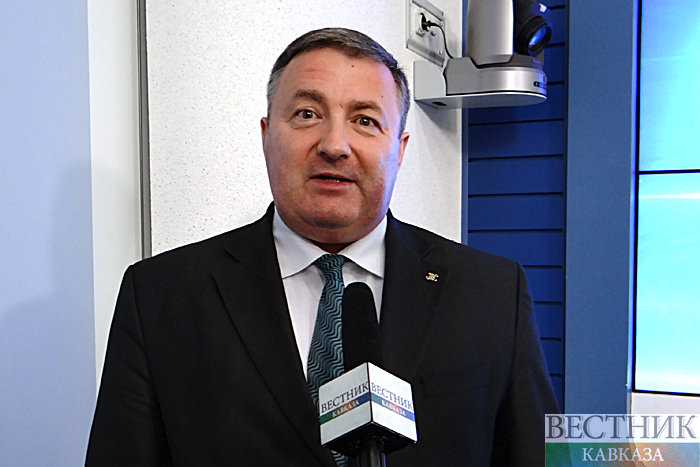 Military analyst, associate professor of the political science and sociology Department of the Plekhanov University of Economics, Alexander Perendzhiev, said that the experience of the Russian-Azerbaijani relations is very valuable for the establishment of friendly relations in the pro-Soviet space. Positively assessing the emerging alliance of Moscow-Baku-Tehran, the political analyst called on Moscow and Baku to enhance the effectiveness of the Russian-Azerbaijani relations in the framework of integration associations, the SCO in the first place.

"The interaction between Russia and Azerbaijan is urgently required not only by the development of the economy, but by the security problem as well. The visit of the head of the Ministry of Internal Affairs, Vladimir Kolokoltsev, to the capital of Azerbaijan once again raised the issues of cooperation in combating terrorism. I believe that there will be also plans for development of the common units in the Caspian Sea in the framework of military cooperation between Russia and Azerbaijan ," Perendzhiev said.

At the same time, he complained that Russian society is poorly informed about the Karabakh conflict, in particular about the fact that the Armenian armed forces captured not only Nagorno Karabakh, but also other Azerbaijani territories. In this regard, the analyst called to attract the expert community to the solution of this problem. 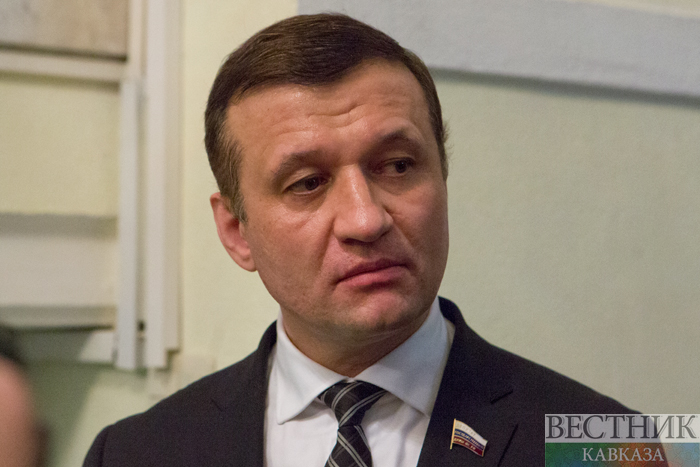 The head of the Russian-Azerbaijani parliamentary group, Dmitry Savelyev, called the Karabakh conflict "a gaping hole on the body of the former Soviet Union." "He does not pay dividends even to the Armenian people. We can see what's going on in Armenia. People leave it. The state of economy is awful. These are the consequences of the conflict. The small groups in Armenia want to maintain the status quo in order to retain power. But it is not profitable for people. The task of Russian parliamentarians is to help changing this situation. Karabakh and seven regions have been taken away from Azerbaijan. Russia should make a serious effort both in the framework of the Minsk group and independently to solve this problem. Nobody needs blood. Nobody wants to solve the problem by military means," the deputy said.