What will Berlin's decision to increase its military presence in Lithuania tenfold lead to? 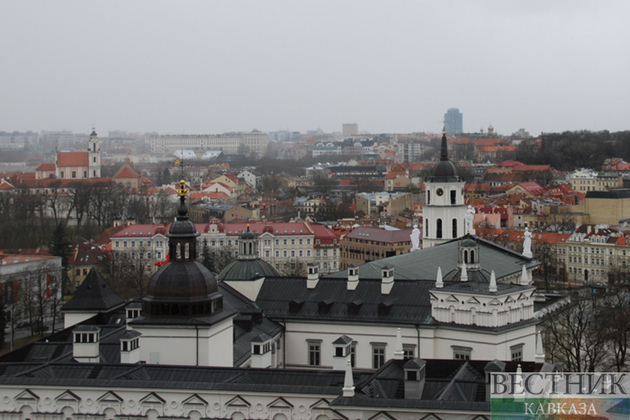 Nine NATO member states held talks in Romania on Friday ahead of a key NATO summit later this month. The nine, including Romania, Poland, Hungary, Bulgaria, the Czech Republic, Slovakia, Estonia, Latvia and Lithuania urged NATO to increase their protection.

The Baltic Words notes that some of these countries use every political event to call NATO for additional troops on their territories. Thus, the Baltic States are the leaders among applicants.

Germany in its turn agreed last week to increase its contribution to NATO’s Enhanced Forward Presence (eFP) battalion in Lithuania. German Chancellor Olaf Scholz announced such plans after passing legislation to increase defense spending during a visit to Vilnius on Tuesday. Germany leads the 1,200-strong eFP battlegroup in Lithuania and currently has around 500 soldiers stationed there. “We are going to increase our contribution by strengthening the Eastern flank of NATO. We are going to create a strong brigade and we have discussed that together in our meetings and we are going to have to work towards this direction,” Scholz said at a press conference with Baltic and German leaders. A brigade usually consists of between 3,000-5,000 troops. So, Berlin intends to increase its troops by 10 times.

The Baltic States welcomed Germany’s “historic decision” without suspecting what it could lead to.

It is no secret that German military contingent has very dubious reputation. In 2021 Germany had to recall a platoon from a NATO mission in Lithuania after reports emerged of troops engaging in racist and anti-Semitic behaviour, as well as sexual assault. According to Der Spiegel, the allegations relate to a party held at a hotel in Lithuania at the end of April, 2021. Some 30 German soldiers headed home from Lithuania. The misconduct of foreign soldiers in Lithuania was a slap in the face of Lithuanian population who believed troops are here to defend. A number of troops were also suspected of bullying, threatening violence and filming an incident of sexual assault. Such behaviour is not only inexcusable but brings shame on Germany as NATO’s security guarantor.

Meanwhile, according to the FT latest publication, the proposal from Berlin is that a 3,500-strong brigade would only have a permanent headquarters in Lithuania, staffed by 50 to 60 personnel, but be based in Germany.

The Berlin’s decision to increase its military presence in Lithuania by 10 times could cause potential threat of increasing the number of incidents with inappropriate behaviour of German military personnel by 10 times. It is logical that the number of crimes will rise and the residents’ trust in NATO ally will drop significantly. Is Lithuania ready to tolerate aggressive foreign soldiers in the streets of its cities? Can Lithuanians be calm for their children? Does Lithuania really need such foreign troops increasing? There are too many questions to answer before making the final decision.

Germany blocks arms exports to Ukraine, which is arming itself to counter an imaginary Russian threat

US and Europe deal new diplomatic blow to Russia