Who buys Russian crude oil and who has stopped 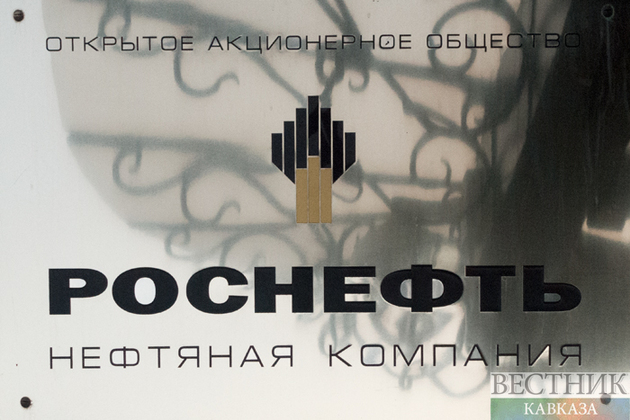 Australia, Britain, Canada and the United States have imposed outright bans on Russian oil purchases following Moscow's operation in Ukraine, but the European Union remains divided. The bloc's 27 members have been unable to agree on an embargo, with Germany warning against hasty steps that could push the economy into recession, and, some countries, such as Hungary, opposing any bans. Germany, however, aims to phase out Russian oil imports by the end of this year, officials said, as does Poland.

The Economic Times writes that Russian oil product exports from the Black Sea port of Tuapse in March were just half of those planned, falling to 738,000 tonnes as European buyers stayed away. Meanwhile, India and China, which have refused to condemn Russia's actions, continue to buy Russian crude. Lured by steep discounts following Western sanctions on Russian entities, India has bought at least 13 million barrels of Russian crude oil since late February. That compared with some 16 million barrels for the whole of 2021, data compiled by Reuters shows.

Below are current and former buyers of Russian crude (in alphabetical order):

HELLENIC PETROLEUM
Greece's biggest oil refiner relies on Russian crude for about 15% of its intake. The company earlier this month secured additional supplies from Saudi Arabia.

INDIAN OIL CORP
India's top refiner on March 23 bought 3 million barrels of Urals for May delivery from Vitol, trade sources said. This is the second purchase of Urals by IOC since Russia's operation in Ukraine started on Feb. 24. The company has a contract with Rosneft that gives it an option to buy up to 2 million tonnes, equivalent to about 15 million barrels, of Urals crude in 2022.

LEUNA
The land-locked Leuna refinery in eastern Germany, majority-owned by TotalEnergies, is also fed Russian crude by the Druzhba pipeline.

MIRO
Russian crude continues to account for about 14% of the intake at Germany's largest refinery, Miro, which is 24% owned by Rosneft..

MOL
The Hungarian oil group, which operates three refineries in Croatia, Hungary and Slovakia, continues to buy Russian crude via Druzhba pipeline, as well as refined products, a company source told Reuters. Hungary is opposed to sanctions on Russian oil and gas.

NAYARA ENERGY
Indian private refiner, part-owned by Russia's Rosneft , has purchased Russian oil after a gap of a year, buying about 1.8 million barrels of Urals from trader Trafigura.

NEFTOCHIM BURGAS
A Bulgarian refinery, owned by Russia's Lukoil, and with Russian crude accounting for about 60% of its intake, continues to refine Russian crude.

ROTTERDAM REFINERY
Exxon Mobil declined to comment on whether its Dutch refinery in Rotterdam was using Russian crude oil.

ZEELAND REFINERY
The Dutch refinery, 45% owned by Lukoil, declined to comment on whether it was using Russian crude oil.

BP
The British oil major, which is abandoning its stake in Rosneft, will not enter new deals with Russian entities for loading at Russian ports, unless "essential for ensuring security of supplies".

ENEOS
Japan's biggest refiner has stopped buying crude oil from Russia, while some cargoes signed under previous agreements will arrive in Japan until around April.

ENI
The energy group, 30.3% owned by the Italian government, is suspending purchases of Russian oil. No Russian crude will be used at Germany's Bayernoil refinery, in which Eni and Rosneft have stakes.

EQUINOR
Norway's majority state-owned energy firm has stopped trading Russian oil as it winds down its operations in the country.

GALP
The Portuguese oil and gas company has suspended all new purchases of petroleum products from Russia or Russian companies.

GLENCORE
The global mining and trading firm, which holds 0.57% stake in Rosneft, said it would continue to honour its obligations under previously signed contracts, but would "not enter into any new trading business in respect of Russian origin commodities unless directed by the relevant government authorities".

NESTE
The Finnish refiner has Russian oil contracts until the end of the year, but is not making any new supply agreements.

PKN Orlen
Poland's largest refiner has not bought Urals crude on the spot market since the start of the operation in Ukraine, the company said on Friday, while it has bought a few cargoes from Norway.

The company, which operates refineries in Lithuania, Poland and the Czech Republic, however, buys crude under previously signed long-term supply contracts with Russia's Rosneft and Tatneft.

PREEM
Sweden's largest refiner, owned by Saudi billionaire Mohammed Hussein al-Amoudi, has "paused" new orders of Russian crude, which accounted for around 7% of its purchases, replacing them with North Sea barrels.

SHELL
The world's largest petroleum trader will stop buying Russian crude and phase out its involvement in all Russian hydrocarbons.

TOTALENERGIES
The French oil major will not sign new contracts, promising to stop buying Russian crude oil and petroleum products by the end of this year.

VARO ENERGY
The Swiss refiner, which owns 51.4% in Germany's Bayernoil refinery, said it did not plan to enter into new deals to buy Russian crude.

German city may cease to exist due to anti-Russian sanctions