Who is to blame for crisis in Sri Lanka 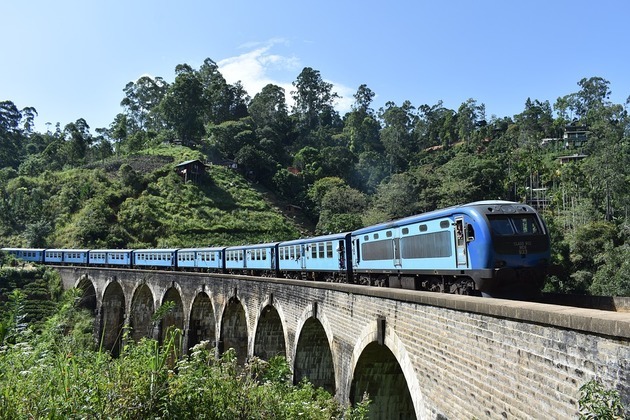 The island nation of Sri Lanka is in the midst of one of the worst economic crises it’s ever seen. It has just defaulted on its foreign debts for the first time since its independence, and the country’s 22 million people are facing crippling 12-hour power cuts, and an extreme scarcity of food, fuel and other essential items such as medicines, The Conversation writes.

Inflation is at an all-time high of 17.5%, with prices of food items such as a kilogram of rice soaring to 500 Sri Lankan rupees (A$2.10) when it would normally cost around 80 rupees (A$0.34). Amid shortages, one 400g packet of milk powder is reported to cost over 250 rupees (A$1.05), when it usually costs around 60 rupees (A$0.25). On April 1, President Gotabaya Rajpaksha declared a state of emergency. In less than a week, he withdrew it following massive protests by angry citizens over the government’s handling of the crisis. The country relies on the import of many essential items including petrol, food items and medicines. Most countries will keep foreign currencies on hand in order to trade for these items, but a shortage of foreign exchange in Sri Lanka is being blamed for the sky-high prices.

Why are some people blaming China?

Many believe Sri Lanka’s economic relations with China are a main driver behind the crisis. The United States has called this phenomenon “debt-trap diplomacy”. This is where a creditor country or institution extends debt to a borrowing nation to increase the lender’s political leverage – if the borrower extends itself and cannot pay the money back, they are at the creditor’s mercy. However, loans from China accounted for only about 10% of Sri Lanka’s total foreign debt in 2020. The largest portion – about 30% – can be attributed to international sovereign bonds. Japan actually accounts for a higher proportion of their foreign debt, at 11%. Defaults over China’s infrastructure-related loans to Sri Lanka, especially the financing of the Hambantota port, are being cited as factors contributing to the crisis. But these facts don’t add up. The construction of the Hambantota port was financed by the Chinese Exim Bank. The port was running losses, so Sri Lanka leased out the port for 99 years to the Chinese Merchant’s Group, which paid Sri Lanka US$1.12 billion. So the Hambantota port fiasco did not lead to a balance of payments crisis (where more money or exports are going out than coming in), it actually bolstered Sri Lanka’s foreign exchange reserves by US$1.12 billion.

So what are the real reasons for the crisis?

Post-independence from the British in 1948, Sri Lanka’s agriculture was dominated by export-oriented crops such as tea, coffee, rubber and spices. A large share of its gross domestic product came from the foreign exchange earned from exporting these crops. That money was used to import essential food items. Over the years, the country also began exporting garments, and earning foreign exchange from tourism and remittances (money sent into Sri Lanka from abroad, perhaps by family members). Any decline in exports would come as an economic shock, and put foreign exchange reserves under strain.

For this reason, Sri Lanka frequently encountered balance of payments crises. From 1965 onwards, it obtained 16 loans from the International Monetary Fund (IMF). Each of these loans came with conditions including that once Sri Lanka received the loan they had to reduce their budget deficit, maintain a tight monetary policy, cut government subsidies for food for the people of Sri Lanka, and depreciate the currency (so exports would become more viable).

But usually in periods of economic downturns, good fiscal policy dictates governments should spend more to inject stimulus into the economy. This becomes impossible with the IMF conditions. Despite this situation, the IMF loans kept coming, and a beleaguered economy soaked up more and more debt.

The last IMF loan to Sri Lanka was in 2016. The country received US$1.5 billion for three years from 2016 to 2019. The conditions were familiar, and the economy’s health nosedived over this period. Growth, investments, savings and revenues fell, while the debt burden rose.

A bad situation turned worse with two economic shocks in 2019. First, there was a series of bomb blasts in churches and luxury hotels in Colombo in April 2019. The blasts led to a steep decline in tourist arrivals – with some reports stating up to an 80% drop – and drained foreign exchange reserves. Second, the new government under President Gotabaya Rajapaksa irrationally cut taxes.

Value-added tax rates (akin to some nations’ goods and services taxes) were cut from 15% to 8%. Other indirect taxes such as the nation building tax, the pay-as-you-earn tax and economic service charges were abolished. Corporate tax rates were reduced from 28% to 24%. About 2% of the gross domestic product was lost in revenues because of these tax cuts.

In March 2020, the COVID-19 pandemic struck. In April 2021, the Rajapaksa government made another fatal mistake. To prevent the drain of foreign exchange reserves, all fertiliser imports were completely banned. Sri Lanka was declared a 100% organic farming nation. This policy, which was withdrawn in November 2021, led to a drastic fall in agricultural production and more imports became necessary.

Because there is less food and other items to buy, but no decrease in demand, the prices for these goods rise. In February 2022, inflation rose to 17.5%.

What will happen now?

In all probability, Sri Lanka will now obtain a 17th IMF loan to tide over the present crisis, which will come with fresh conditions. A deflationary fiscal policy will be followed, which will further limit the prospects of economic revival and exacerbate the sufferings of the Sri Lankan people.