Who is undermining peace In the South Caucasus? 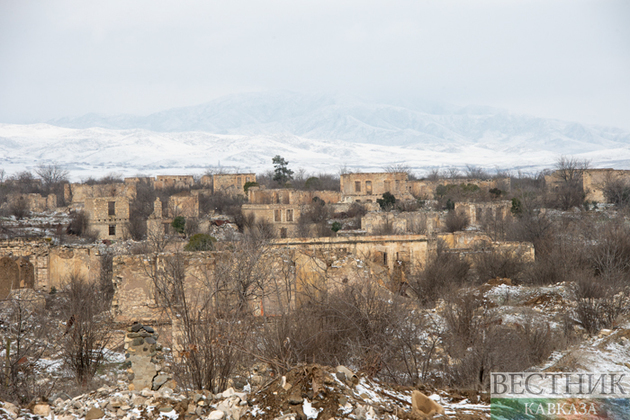 Both Azerbaijan and Armenia know the horrors of war at first-hand, not by hearsay. It was very unfortunate that Azerbaijan had to use military means to enforce the observance by Armenia of international norms and principles, as well as the relevant UN Security Council resolutions (822, 853, 874, 884) reaffirming Azerbaijan’s territorial integrity. However, with the peace process led by the OSCE Minsk Group failing to deliver any acceptable solution to the long-running, protracted conflict, and Armenia becoming increasingly hostile and uncooperative since Prime Minster Pashinyan came to power, war remained as the only way out of the deadlock, Eurasia Review writes.

Much has changed since the November 10, 2020, Trilateral Declaration was signed, and there is real hope that the existing agreements that ended the war between the two nations will be fully observed. In the post-conflict period, the parties are meeting with the assistance of international mediators such as the European Union and the Russian Federation to clear up issues stemming from the relevant commitments in the November Trilateral Declaration including Armenia–Azerbaijan normalization; border delimitation and demarcation; cultural and humanitarian issues; and matters relating to the opening of all economic communications in the region.

However, recent events that have again unfolded between Armenia and Azerbaijan testify to the unwillingness of the Armenian side to abide by its commitments under the November 10, 2020, declaration. One moment Armenia’s Prime Minister Nikol Pashinyan declares that Armenia has to reduce its maximalist demands concerning Karabakh; the next, he again makes an incendiary statement implying Armenia’s territorial/secessionist claims against Azerbaijan.

Nikol Pashinyan, in a speech in the country’s National Assembly on April 13, 2022, made several sensational statements regarding Armenia’s handling of its former conflict with Azerbaijan, as well as future perspectives. In the latter specifically, Pashinyan noted that, “Today, the international community is again telling us to lower our bar a little bit on the status of Nagorno-Karabakh.” The message this statement sent was a powerful one, as it testified to the growing understanding in Armenia of the necessity of normalizing relations with Azerbaijan. Armenia had also previously accepted Azerbaijan’s five-point proposal that was put forward in March 2022 to serve as a foundation for a future peace treaty.

Fast forward to August 4, 2022, a couple of months after the above acknowledgment Armenia’s Prime Minister, at the meeting of the government on that day, delivered another controversial statement that contained secessionist claims affecting Azerbaijan’s territorial integrity, thus ultimately undermining the post-conflict peace agenda. He specifically noted that Azerbaijan has to accept three conditions: first, the existence of Nagorno-Karabakh as a separate entity; second, the fact that there is a new line of contact in Karabakh; and third, the central role of the Lachin Corridor that unites Armenia with Karabakh.

Pashinyan’s comments, unfortunately, carry little value when it comes to the promotion of the post-conflict peace agenda and disregard the relevant provisions of the Trilateral Declaration. The latter neither specified a separate entity named ‘Nagorno-Karabakh’ nor defined a new line of contact. The November Declaration is rather clear about ending the armed hostilities between the warring parties and ensuring the withdrawal of all armed forces belonging to the Republic of Armenia and its proxies from the liberated territories of Azerbaijan, Karabakh included. The deployment of the Russian peacekeeping contingent along the fault lines—existing for that moment—where military hostilities between the warring parties occurred did not automatically create a new line of contact. The concept of a new line of contact is flawed, as is any attempt to twist the essence of the already signed documents and the associated commitments. Such attempts do nothing but harm the fragile post-conflict peace agenda that is inching towards some progress thanks to the efforts made by Azerbaijan and international mediators.

Just before Pashinyan made his infamous remarks, the chairman of Armenia’s Security Council, Armen Grigoryan, said that Azerbaijan’s demands to replace the Lachin Corridor with an alternative route is supposedly not legitimate because not all parties agreed to a new alternative route. However, Article 6 of the November Declaration states: …By agreement of the Parties, a plan for the construction of a new route along the Lachin corridor shall be determined in the next three years, providing communication between Nagorno-Karabakh and Armenia, with the subsequent redeployment of the Russian peacekeeping contingent to protect this route. The Republic of Azerbaijan shall guarantee the safety of citizens, vehicles and goods travelling along the Lachin corridor in both directions…

This excerpt clearly states that an alternative route to the Lachin Corridor is to be decided by 2023 and the construction of this road by Azerbaijan is already close to completion. As to the argument used by Mr. Grigoryan suggesting that not all parties agreed to the alternative route, it should be kept in mind that the text of the November declaration was signed by all parties, including Armenia, and it is fully legitimate for Azerbaijan to launch the initiative to build an alternative route to the Lachin Corridor, given that agreement in principle by all parties is already enshrined in the Trilateral Declaration and Karabakh is an internationally recognized part of Azerbaijan.

Sadly, the dismissive attitude shown by Armenia to the existing commitments is not confined to the aforementioned issues. Article 4 states: “the peacekeeping contingent of the Russian Federation shall be deployed in parallel with the withdrawal of the Armenian armed forces.” President Ilham Aliyev, in one of his statements in mid-July, mentioned that the Russian side promised to make remaining Armenian militias leave Azerbaijani territories by June 2022, however, the issue remains unresolved.

Violations of the Trilateral Declaration are still causing deaths and spreading insecurity. Periodic attacks by the remnants of Armenia’s armed forces and militias from the areas of temporary deployment of the Russian peacekeepers against Azerbaijani positions in the liberated areas cause justifiable frustration in Azerbaijan and beget harsh responses. As a result of the latest terrorist sabotage operation carried out by Armenian militias on August 3, 2022, Azerbaijani military serviceman Anar Kazimov was killed. In response, on August 4, Azerbaijan launched a short military operation called Qisas (vengeance) and regained control over the strategic Qirkhqiz and Saribaba heights along the Karabakh chain of the Lesser Caucasus mountain range and once again showed that its military response to Armenia’s provocations was necessary, but proportional.

Similar problems are also recurring with regard to the implementation of Article 9 of the November Trilateral Declaration, which envisages the opening of all communications in the region. Armenia’s dalliance with the idea of whether or not to cooperate with Azerbaijan in making the “Zangezur Corridor” a reality has thrown a spanner into the ongoing works in this direction. Full implementation of the November Trilateral Declaration is necessary for the achievement of sustainable peace, development, and the elimination of any chance of future war in the region. The 44-day Karabakh war showed that forceful occupation of the internationally recognized territories of sovereign states, attempts to violate the inviolability of state borders, policies aimed at ethnic cleansing, and other unlawful policies do not stand a chance of surviving. Turning post-conflict normalization and peace into a roller-coaster of controversies and adopting a cozy attitude with regard to the implementation of existing commitments is not the way to go.

How Azerbaijan became lynchpin of Organisation of Turkic States